“He was without question a giant of a musician, and his harmonic sensibilities were nothing short of genius.” 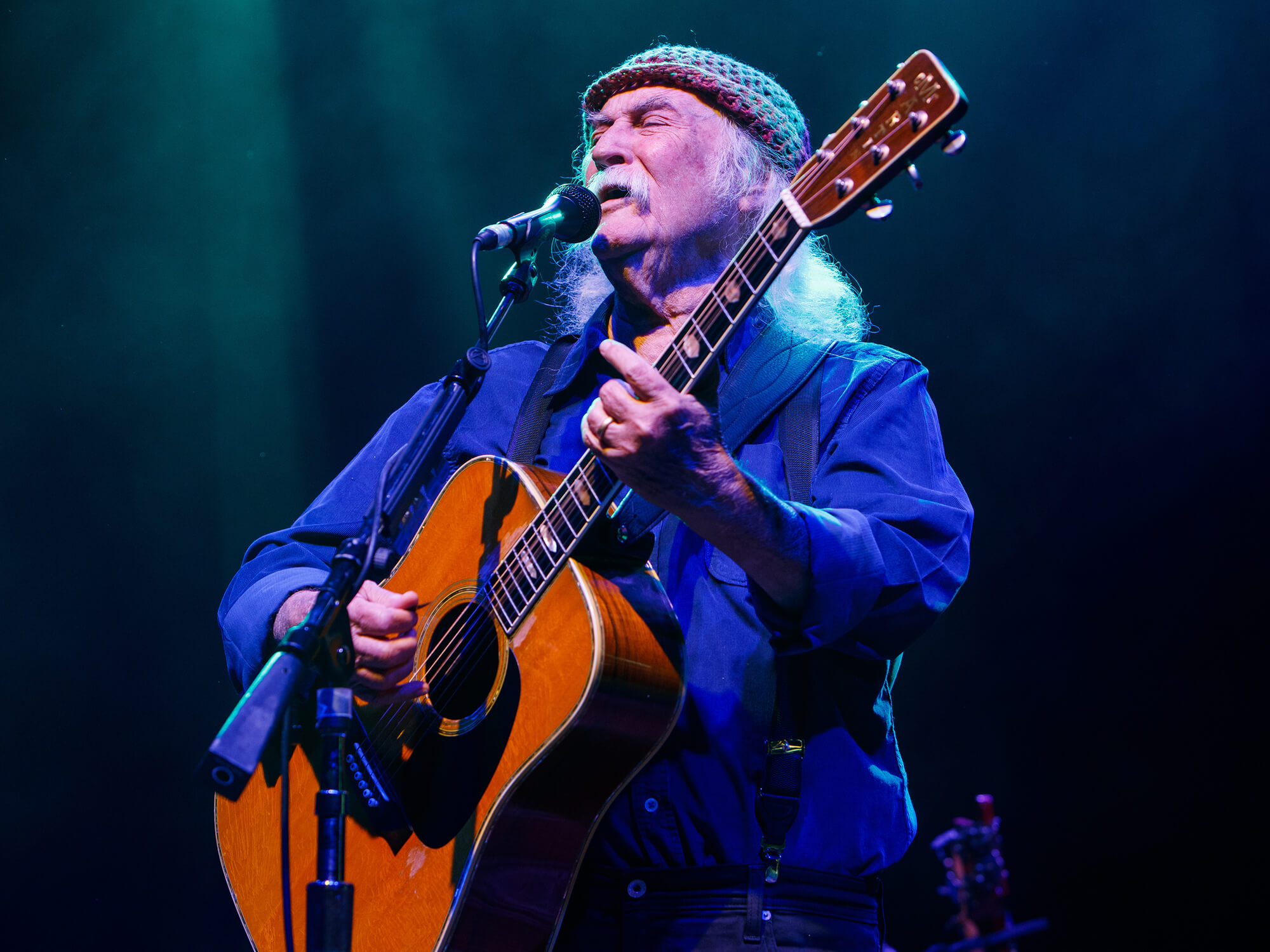 Musicians around the world have taken to social media to pay tribute to folk rock legend David Crosby, who died yesterday (19 January) at the age of 81.

Crosby rose to prominence as part of the original line-up of the Californian rock band The Byrds. He left the group in 1967 after tensions grew between him and his bandmates, and shortly after, recruited Stephen Stills and Graham Nash, forming the supergroup trio Crosby, Stills & Nash.

Sharing a black and white photo of Crosby’s guitar case next to his own, Nash wrote: “It is with a deep and profound sadness that I learned that my friend David Crosby has passed.”

“I know people tend to focus on how volatile our relationship has been at times, but what has always mattered to David and me more than anything was the pure joy of the music we created together, the sound we discovered with one another, and the deep friendship we shared over all these many long years.”

“David was fearless in life and in music. He leaves behind a tremendous void as far as sheer personality and talent in this world. He spoke his mind, his heart, and his passion through his beautiful music and leaves an incredible legacy. These are the things that matter most. My heart is truly with his wife, Jan, his son, Django, and all of the people he has touched in this world.”

In a heartfelt message to Rolling Stone, Stills remembered Crosby, writing: “David and I butted heads a lot over time, but they were mostly glancing blows, yet still left us numb skulls. I was happy to be at peace with him.”

“He was without question a giant of a musician, and his harmonic sensibilities were nothing short of genius. The glue that held us together as our vocals soared, like Icarus, towards the sun. I am deeply saddened at his passing and shall miss him beyond measure.”

John Mayer called the late musician “an absolute purist” and said that “There aren’t many people who moved the world as deeply and for as long as David Crosby did.”

The world has lost yet another ethereal fixture of the ‘60s peace and love movement; a legend within his own right, and every group he was a part of. Coming up in the same era as The Doors, David Crosby had the voice and songwriting abilities that made him completely unique… pic.twitter.com/48QoeoEwEW

I don’t know what to say other than I’m heartbroken to hear about David Crosby. David was an unbelievable talent – such a great singer and songwriter. And a wonderful person. I just am at a loss for words. Love & Mercy to David’s family and friends. Love, Brian pic.twitter.com/Hjht7LeGiv

Grateful for the time we had with David Crosby. We’ll miss him a lot.

Posted by Pavement The Rock Band on Thursday, January 19, 2023

As much as I loved his music I loved his thoughts on Twitter as well. Rest In Peace David Crosby ✌️ thank you for the lifetime of inspiration https://t.co/Vdoc6j6LdL