Dave Mustaine confirmed another bassist had re-done the parts. 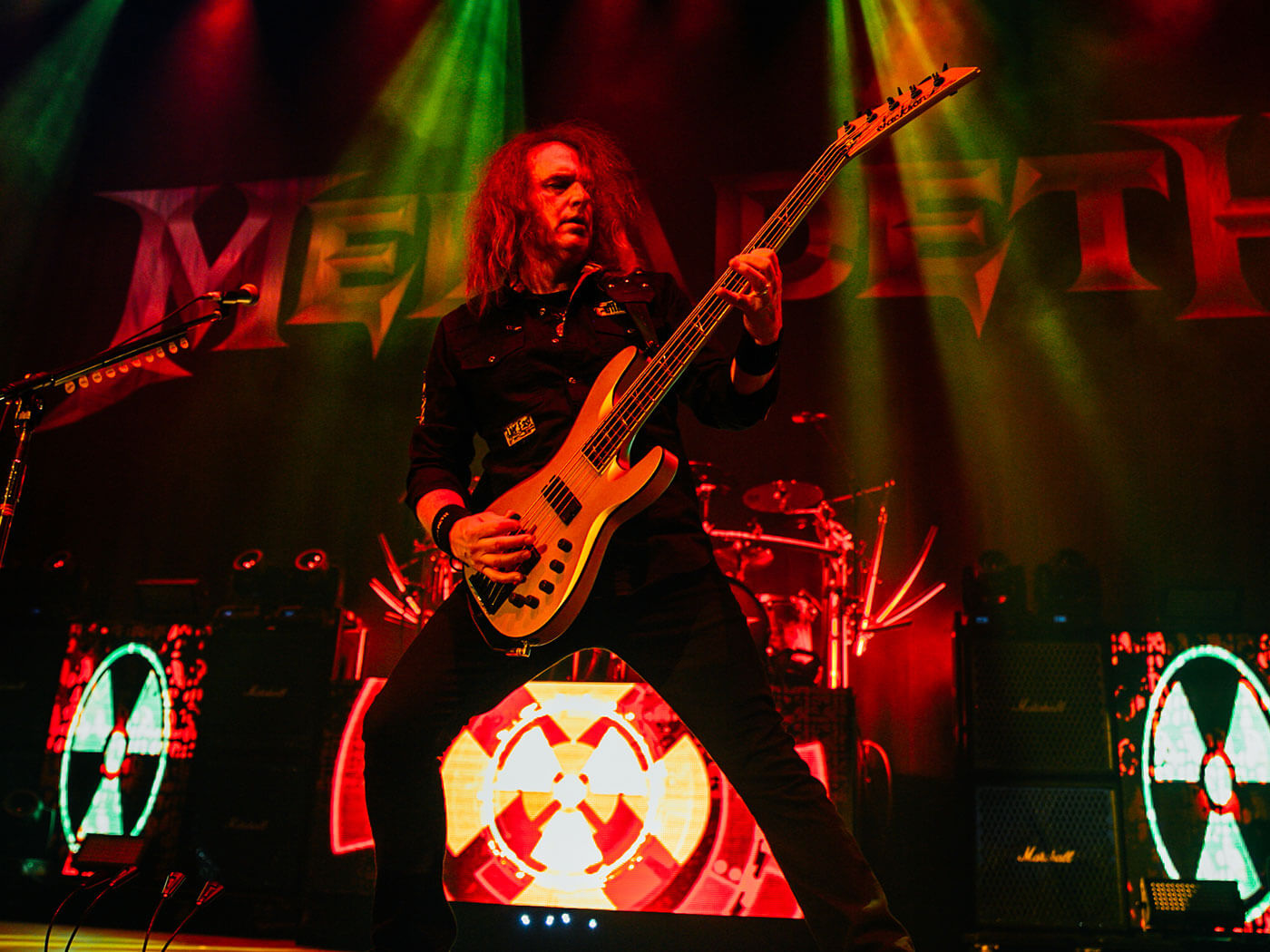 Megadeth frontman Dave Mustaine has confirmed that the bass parts recorded by ex-bassist David Ellefson have already been replaced, following his dismissal from the band.

Mustaine made the statement in a new Cameo video, a service that allows fans to pay celebrities to record brief personalised videos. Responding to a fan question, Mustain said: “I hear you’re a big pretty fan of [the Megadeth track] Fatal Illusion right now. That’s cool. Actually, we’ve got one song on the new album – it’s called The Dogs Of Chernobyl – which is very similar to Fatal Illusion in aggression.

“So I hope you like that song when you get the new record. It won’t be long. It’s a matter of finishing the parts when I get home today and tomorrow. Our bass parts are all done. And it won’t be long.”

Mustaine had previously confirmed plans to re-record the bass parts on his own talk show, saying: “We are making progress. The record’s being completed, and we’re gonna have someone coming in in a couple of weeks to replace the bass tracks that we had. “Which should be relatively quick because the person we’re talking to is a stellar bass player.”

The identity of the bass player is still unknown, but Mustaine expressed hope that they might replace Ellefson full time.: “Hopefully this will be an ongoing thing after the recording,” he said. “Or we will find someone prior to the recording that will be our permanent guy going forward.”