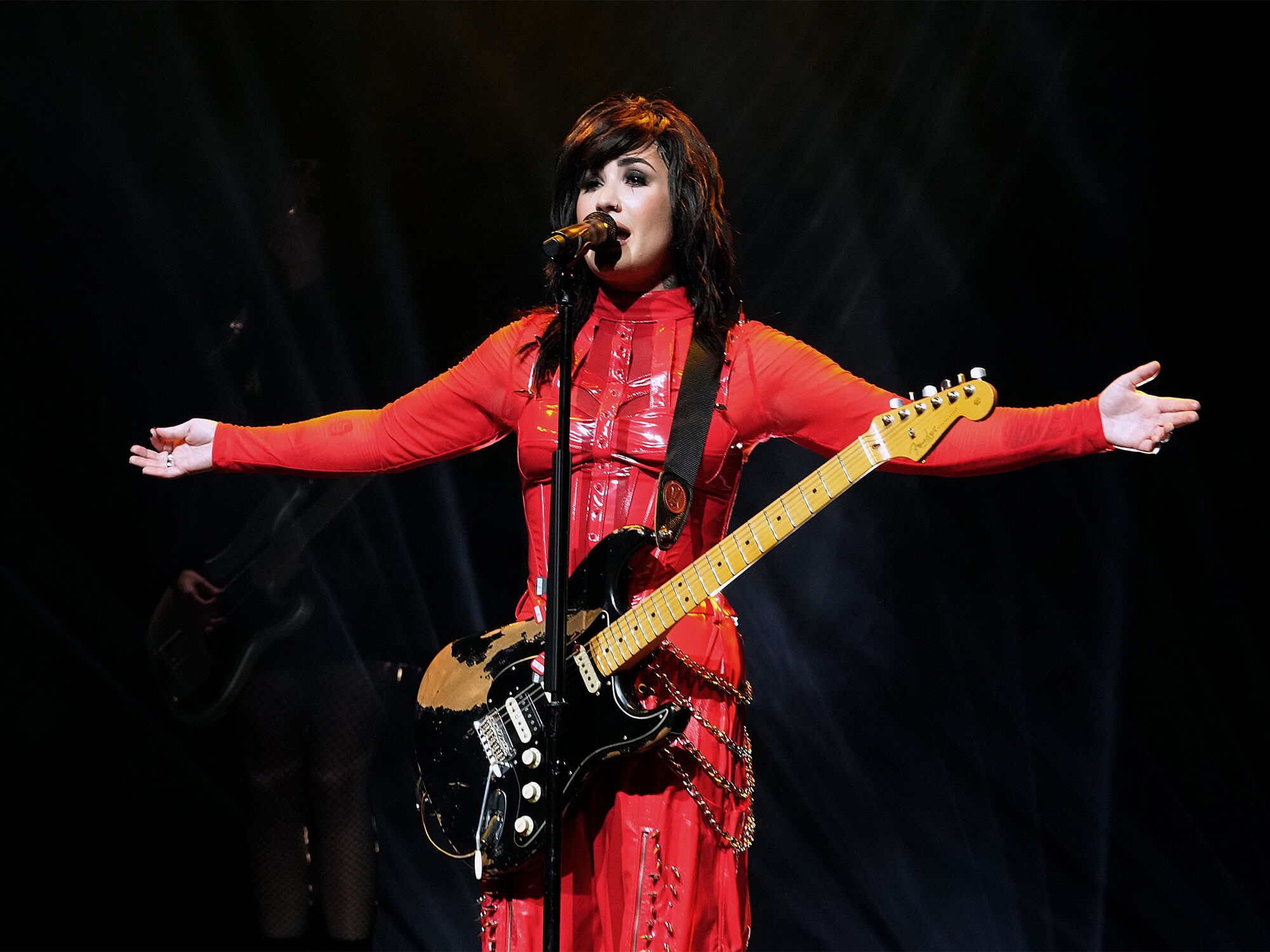 The poster for Demi Lovato’s rock album, Holy Fvck, has been banned in the UK due to it being ruled as blasphemous.

The record saw Lovato switch over from pop to rock, and Nita Strauss joined the artist as a touring guitarist, after a long stint with Alice Cooper.

The poster for the record, like the album, features Lovato tied up, lying on a large, crucifix-shaped cushion and was banned by the UK’s Advertising Standards Authority (ASA).

Originally displayed in six locations across London, the posters were shortly taken down after four days on 23 August as per the ASA’s request – a decision that was made because the agency ruled they were “likely to cause offence to Christians”, deeming them as blasphemous.

However, The Drum reports that Polydor Records, who were responsible for the campaign, argued that it did not believe the material would be offensive, claiming that it had also “checked” with an advertising agency to confirm that it would be acceptable for public viewing.

Back in September, Strauss spoke to us at Guitar.com about touring with Lovato. On stage, she formed part of an all-female band for the musician. “It’s really cool being a part of such a big machine with so many strong women working in it,” said Strauss. “And how cool is it to have the chance to inspire a whole new generation of female musicians?”