Also featured on the record are Megadeth’s Kiko Loureiro and Zakk Wylde. 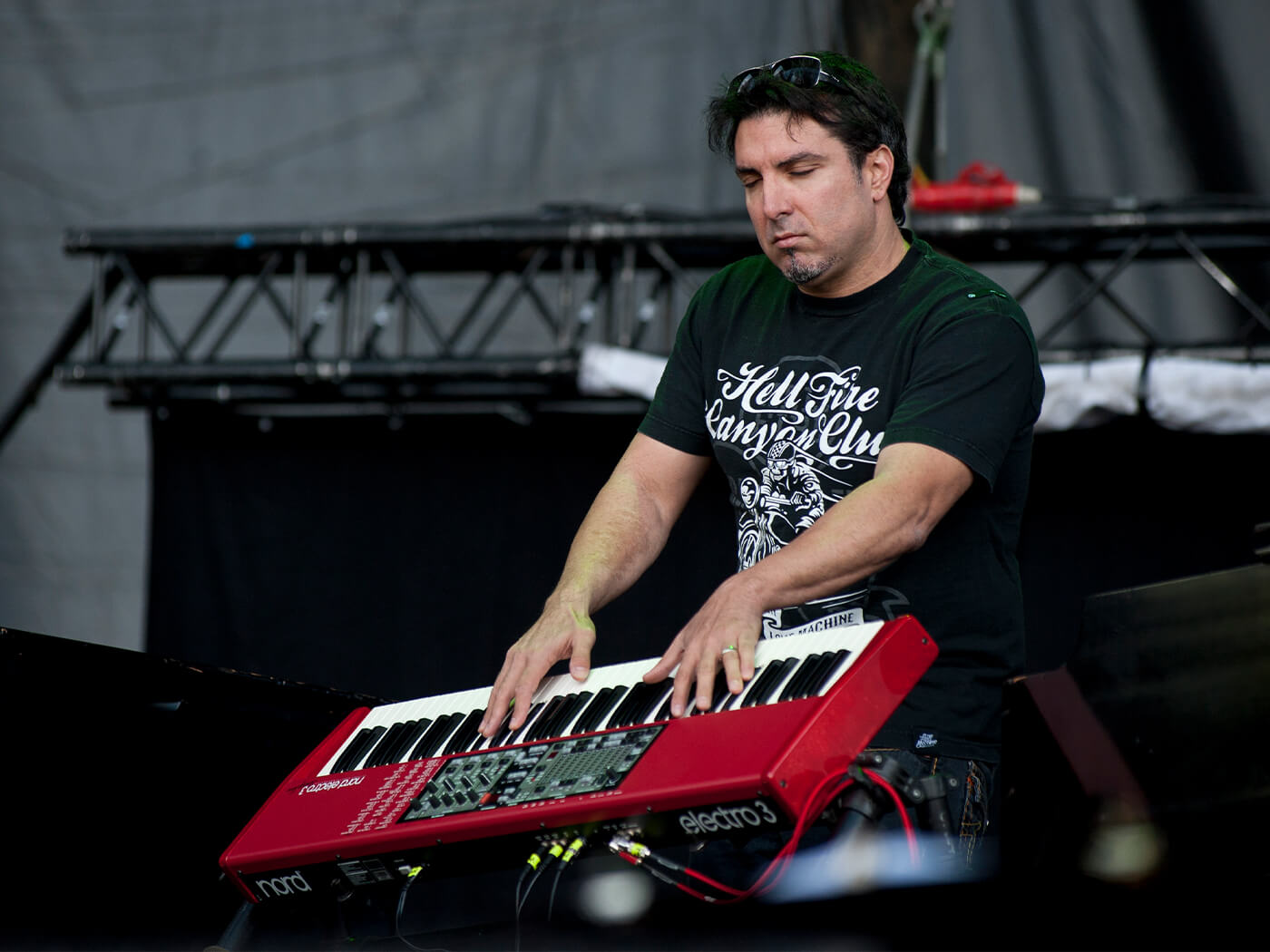 Acclaimed keyboardist Derek Sherinian has revealed an ace lineup of guitar heroes that will guest appear on his upcoming solo album, The Phoenix. The likes of Steve Vai, Joe Bonamassa, Bumblefoot, Kiko Loureiro and Zakk Wylde all lend a guitar-playing hand on what Sherinian has dubbed his “best solo record to date”.

The Phoenix follows Sherinian’s previous solo effort, Oceana from 2011, which also featured a stacked lineup from the guitar universe. Bonamassa, who also recorded on Oceana called the session “one of the most challenging” in his career, while discussing the record in a forum post on his website.

“To be in the studio with Derek Sherinian and Simon Phillips was daunting,” he explained. “I learned a lot. Oceana is a killer record.”

Announcing The Phoenix over Facebook, Sherinian wrote that recording the album helped check several names off on his collaboration wish list.

“Steve Vai has always been on my hit list,” he wrote. “But it was when I played keyboards on the Generation Axe tour of Asia in 2017 that I asked him to play on my record, which he gladly accepted”

He added: “Kiko [Loureiro] and I have known one another for about 20 years. But this is the first time I’ve had the opportunity to play with him.”

World acclaimed keyboardist Derek Sherinian, (Sons of Apollo, Black Country Communion), one of the most significant…

The Phoenix is due out 18 September 2020 and will feature eight tracks. In addition to its digital release, the record will enjoy two physical editions: a limited edition digipak CD and a vinyl plus CD combo.

The Phoenix’s full tracklist below:

Learn more about The Phoenix here.