Roughly 20 copies of the Spinning Man demo were produced by Sheeran. 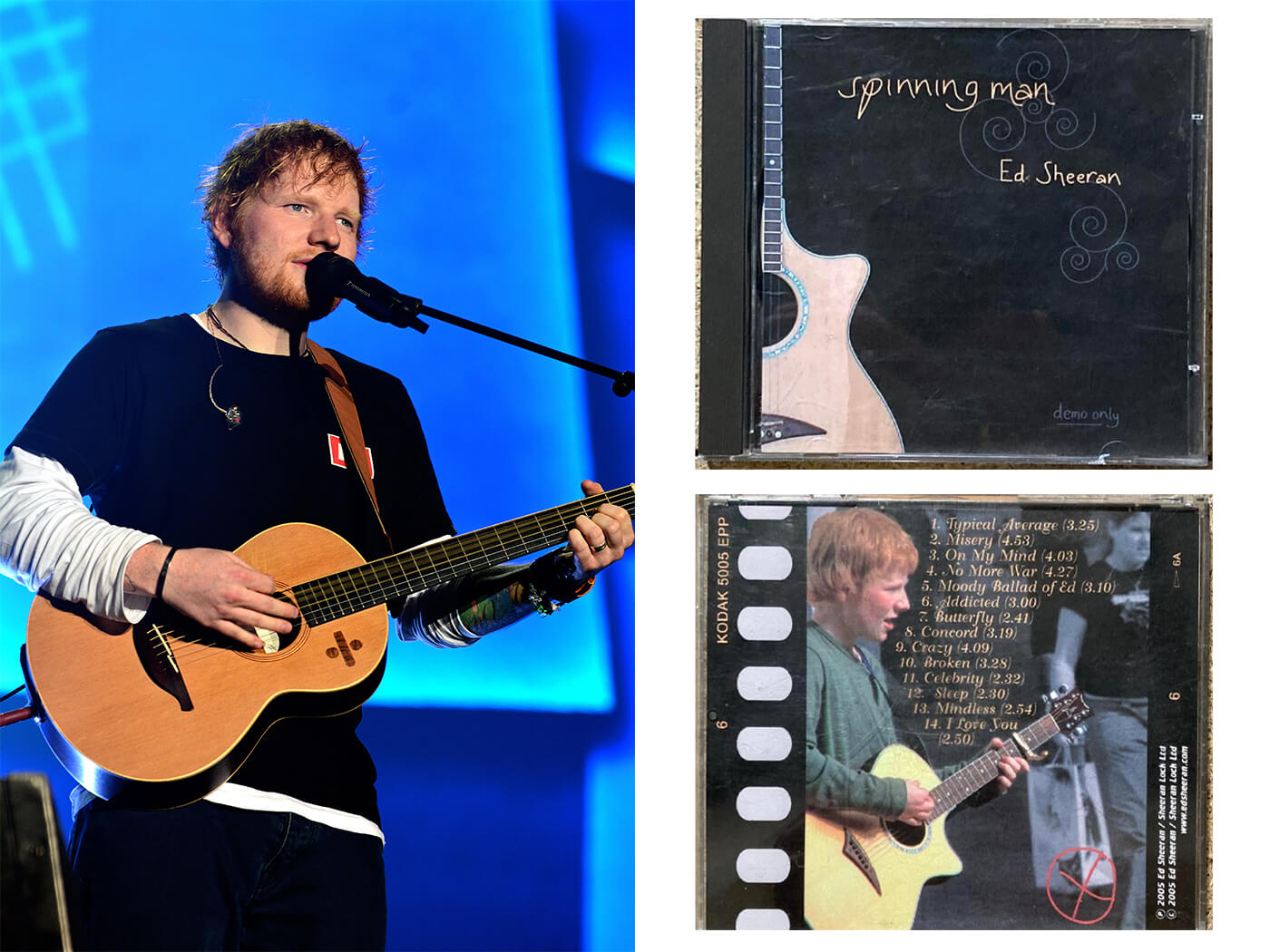 A rare copy of Spinning Man, Ed Sheeran’s very first demo CD is now up for auction through Omega Auctions. The disc, consisting of 14 songs, is one of roughly twenty copies ever produced by Sheeran, who recorded the collection of songs while only 13-years-old.

Sheeran, while staying with relatives at the time, handed a copy to a family friend, who kept the CD in a drawer where it was forgotten for years. Now, the brother of that family friend, who chose to be known only as Kevin, has put the rare demo up for auction.

Speaking with the PA news agency (through Evening Express) about the disc, Kevin stated: “My brother put it in a drawer and forgot about it”.

“At the time Ed Sheeran was this just this wee, ginger-haired busker and he thought nothing of it. He didn’t realise he would go on to be one of the world’s biggest pop stars.”

He added: “The quality of the songs are really good and I was shocked by how good he was on the electric guitar. It does sound like Eric Clapton at moments.”

“I play guitar. The fact that he was playing like that when he was 13, he must have been talented from the start.”

At press time, the current bid on the demo sits at £4,600, and is expected by Omega to fetch between £5,000 to £10,000. Kevin added that, as far as he knows, his copy of Spinning Man might be the only autographed one of the batch.

“Most of the other CDs – or all the other CDs, as far as I know – have a sticker on the disc, saying ‘Ed Sheeran Spinning Man.’ But for this one he’d run out of stickers so he wrote his name on the disc and handed it to my brother. So it might be the only signed copy.”

However, the CD’s authenticity has been questioned, as a representative of Sheeran told the Standard Online: “All of Ed’s early demos for Spinning Man featured a sticker. Any supposed copies without one are officially counterfeit.”