Eric Clapton says being criticised for his misinformed, dangerous vaccine stance is “an affirmation that I’ve been doing the right thing”

Clapton gave his first interview in some time to Robert F Kennedy Jr, a staunch anti-vaxxer who touts the disproven and harmful claim that vaccines cause autism. 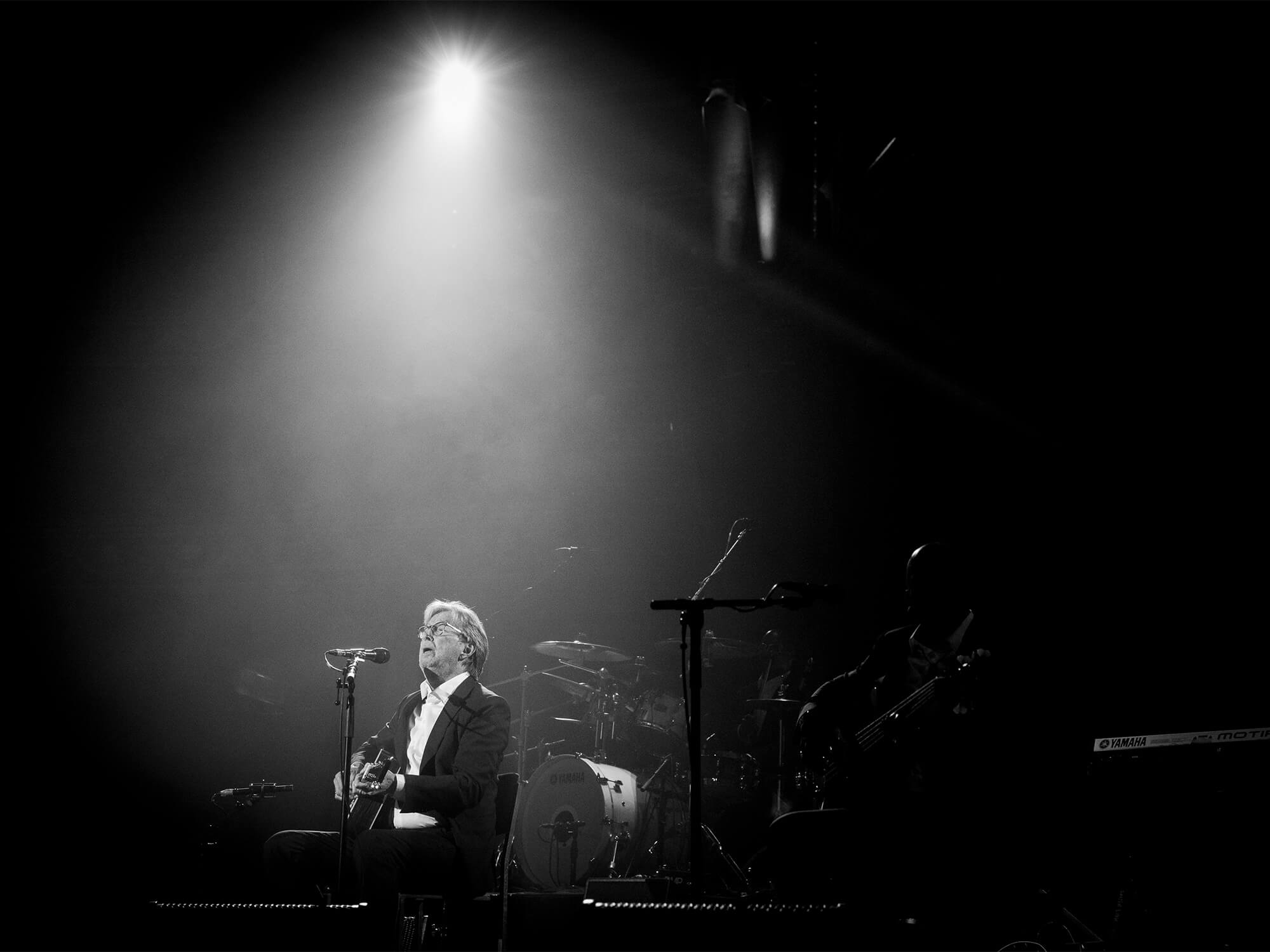 Eric Clapton has claimed that the criticism he has received for spreading misinformation about vaccinations is an “affirmation” that he is “doing the right thing,” in a new interview with anti-vaccine advocate Robert F Kennedy Jr.

Eric Clapton spoke on Kennedy’s Defender website, which places itself as a provider of “children’s health defence” due to its stance against vaccination, which Kennedy claims causes autism. A cornerstone of the anti-vaccine movement, this view stems from a single discredited paper, one which has been rejected by the overwhelming majority of doctors.

It’s apt that Clapton’s first interview in months is with Kennedy, as they have a couple of things in common. Scientific American notes that Kennedy has “promoted anti-vaccine propaganda completely unconnected to reality.” Kennedy has been doing so for much longer than Clapton, however the guitarist did recently claim that he was concerned for his daughter’s fertility if she was vaccinated – reinforcing a completely baseless fear that needlessly discourages women from being vaccinated.

Dr Edward Morris, President at the Royal College of Obstetricians and Gynaecologists, went on record to say: “There is​ ​no biologically plausible mechanism by which current vaccines would cause any impact on women’s fertility.”

A tendency to repeat misinformation isn’t the only thing Kennedy and Clapton share – they also both have an axe to grind with Rolling Stone. The magazine has recently published several features exploring Clapton’s fall from grace, his controversial politics and how he has graduated from touting anti-vaccine views in songs to bankrolling anti-vaccine music groups. In 2005, Kennedy wrote an article for Rolling Stone on the topic of vaccinations, which the magazine later took down. In the new interview, both Kennedy and Clapton point to this as an example of pharmaceutical companies or the mainstream media attempting to censor their views.

In the interview with Kennedy, Clapton describes how his friends and family members distanced themselves from him once he began outwardly stating his views, specifically in his collaboration with Van Morrison This Has Gotta Stop. “I got so much flak straight away from people right close to me, friends, and associates, and family, who said, ‘you can’t do that.’ And I couldn’t see what was so dangerous about it or risky, and especially since it was targeted at the UK government.”

Another song that Clapton and Morrison released, Stand And Deliver, caused Robert Cray to email Clapton, asking for clarification on his comparison of lockdowns to slavery. Clapton’s explanation that he simply meant slavery in a non-specific way left Cray unsatisfied, and led him to end his friendship.

Equally bleak is Clapton’s description of how his daughters have distanced themselves from him, as he explains: “I’ve got teenage girls and an older girl who’s in her thirties, and they’ve all had to kind of give me leeway because I haven’t been able to convince any of them. I think my wife is now seeing it the same way as me, but most of them, they’ve always thought I’m a crackpot anyway, because I do things that are extremely unusual on any kind of level.”

However, rather than making him second-guess his stance, the rejection from his close friends and family, as well as the media, made Clapton double-down. “When I realised that there was a parting of the ways, it only made me determined,” he says. “To come up to date with the new Rolling Stone kind of slur campaign, it becomes a compliment when it’s coming from certain areas of the media. It’s just an affirmation to me that I’ve been doing the right thing.”

Clapton here conveniently frames all criticism levelled at him, regardless of how thorough or valid it may be, as simply the mainstream media cracking down on a lone rebel. This is an image he has deliberately courted – he titled a further collaboration with Van Morrison The Rebels, and to Kennedy lamented the “watered down” nature of rock and roll, saying it used to be about rebellion but “now it’s much more to do with conformity.”

Defenders of Clapton’s views point to how he has shared his experience with his adverse reaction to the vaccine. While he initially stated that the “vaccine injury” left him unable to play guitar for two weeks, he claims in the interview with Kennedy that the side effects have left him “permanently disabled,” although it is unclear in what way.

Despite his fear that he would “never play again”, Clapton has been on tour across autumn of this year. He has a two-month run of dates booked for 2022, beginning with two dates at London’s Royal Albert Hall.