Eric Clapton has paid at least £1,000 to an anti-vaccine music organisation

Jam For Freedom is a UK-based group of musicians against vaccine mandates and lockdowns. 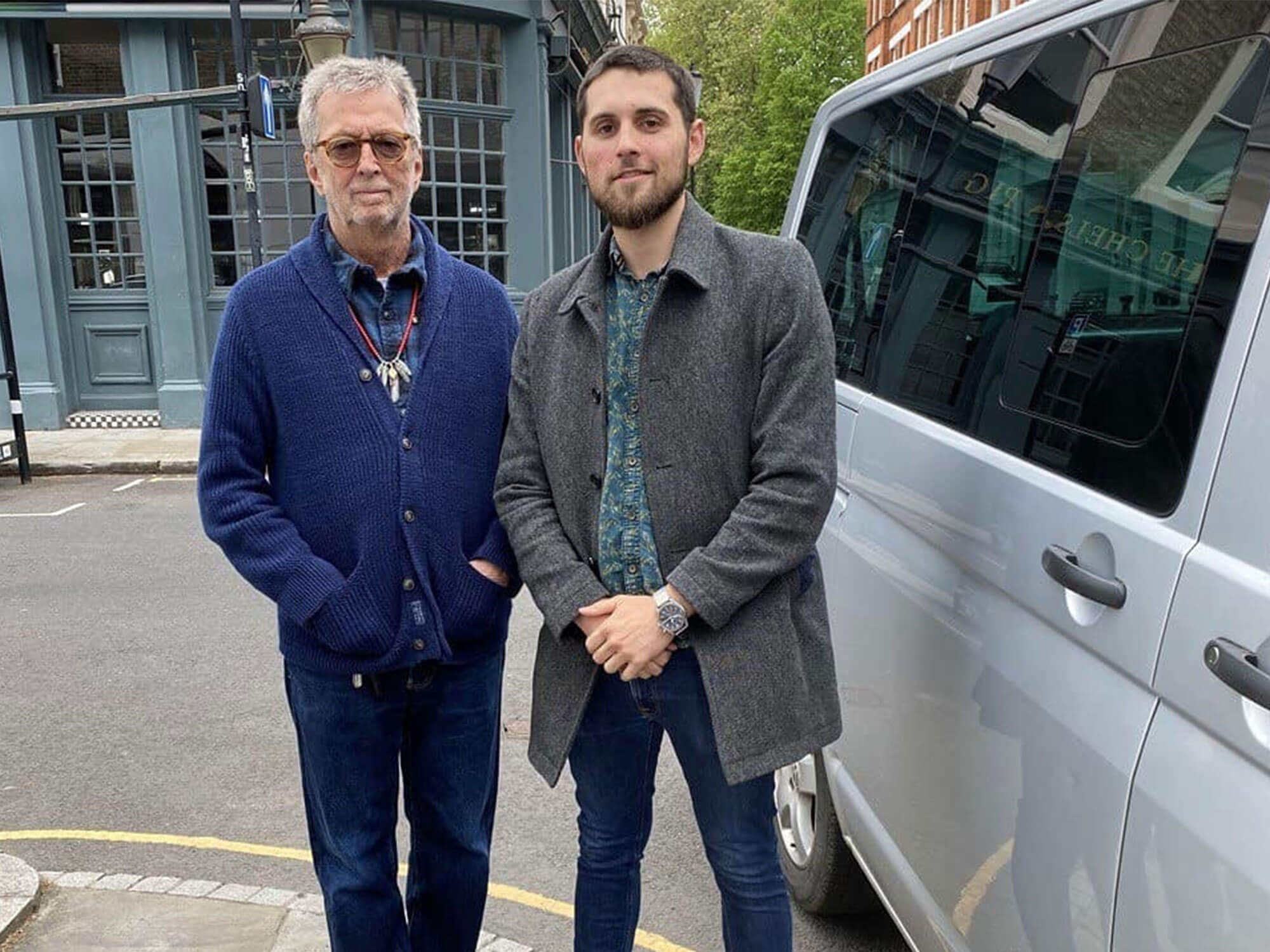 Earlier this year, Eric Clapton donated over £1,000 and lent his family’s van to Jam For Freedom, a UK-based anti-vaccine and anti-lockdown group of musicians who campaign against what they call “medical apartheid.”

A new report in Rolling Stone describes how, following Jam For Freedom’s car being damaged in an accident, the group set up a crowdfunding campaign via IndieGoGo. The group’s founder, Cambel McLaughlin, received a surprising email that told him £1,000 had been donated under the name Eric Clapton.

He doubted the veracity of the donator’s identity, until he received a text from Clapton himself. “It was something complimentary, along the lines of, ‘Hey, it’s Eric – great work you’re doing,” McLaughlin told Rolling Stone. Following a phone call, Clapton lent the group his family’s Volkswagen Transporter van as a temporary replacement for the damaged car. Rolling Stone also reports that Clapton added to his £1,000 donation with an undisclosed sum of money.

THANK YOU @ericclapton for lending us your bus to continue our May-June tour🙏 We WILL continue your legacy of live music!🎶

We do this for all of YOU! We are grateful to have the backing of one of the legends of modern music🎉
See tour diary & support at https://t.co/3OxwE4YzUL pic.twitter.com/0puogNz7Kt

Jam For Freedom’s views on vaccinations are clear. Like Clapton, the group presents potentially dangerous misinformation as healthy scepticism: using language such as “you can stick your poison vaccine up your arse,” the organisation presents the risks of taking a vaccine as far greater than actually catching the virus. It’s currently estimated that over 143,000 hospitalisations have been prevented by COVID-19 vaccines in the UK.

The group also calls the government’s various schemes to encourage vaccinations “medical apartheid.” This frames the act of remaining vulnerable to a virus that has killed millions as an act of brave defiance in the face of tyranny, rather than a way to help end the pandemic that has led to lockdowns and restrictions being placed on live music.

Jam For Freedom states its goal is to bring “live music to the UK to unite and liberate people from the mental health crisis we currently face.” Full-capacity concerts are currently legal in the UK. There is no legal requirement for negative COVID-19 tests or proof of a vaccine for events in England or Northern Ireland. Scotland has begun to roll out a vaccine passport scheme for nightclubs and similar venues. Today (11 October) Wales has also made a COVID-19 pass mandatory to attend nightclubs and large events. These passes show either proof of a vaccine or of a negative lateral flow test.

Clapton’s name continues to appear on posters for Jam For Freedom events, along with fellow anti-lockdown musician Van Morrison. The group also shared Clapton’s video interview, in which he repeated disproven fears surrounding the vaccine’s impact on fertility, and described a temporary set of side effects to his own vaccination that fell within the expected reaction to the vaccine, albeit at the more severe end. Some of the

As a 76-year-old with emphysema, Clapton is among the most vulnerable to COVID-19. Those aged between 75 and 84 are 220 times more likely to die of the virus than those aged between 18 and 29. The fatality rate of this virus for this age group, and all others, is dramatically reduced by being vaccinated.

Rolling Stone notably reached out to Clapton’s musical collaborators and peers, all of whom declined to comment directly. Management for one “prominent peer” reportedly stated: “I wouldn’t want him to touch this.”

Rolling Stone, like many others, is reminded by Clapton’s questionable opinions in this instance of his infamous racist rant in 1976 asking: “What changed – or did anything?” as Clapton has become an outlier in the world of music, the rest of which is mostly not touting vaccine hesitancy. Similarly, in 1976, most popular musicians were not throwing racial slurs around on stage, endorsing Enoch Powell and saying “keep Britain white.”