Flea: Jack Sherman “influenced the way I heard rhythm forever … but more than anything, he was my friend”

He reminisced about his and Sherman’s sometimes “fraught” relationship. 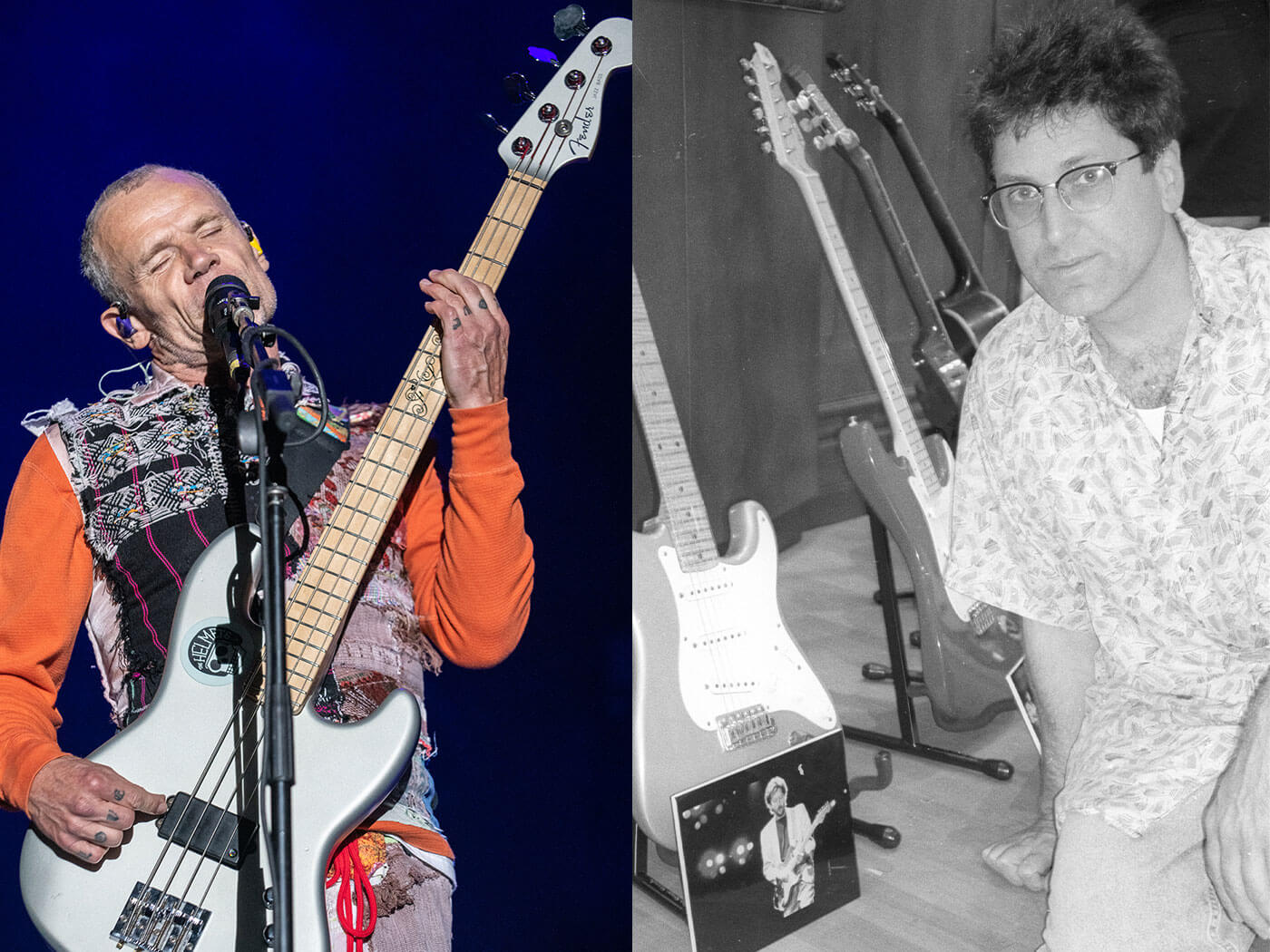 Sherman, who was the second guitarist to join the group in-between the departure and eventual return of Hillel Slovak, died on 18 August at the age of 64.

Sharing a picture of Sherman on Instagram, he wrote: “It has taken me a couple of weeks to process the death of Jack Sherman. Our relationship was complicated, we stopped playing music together in 1985 and things were often fraught in the rare times we communicated since.

“I found him to be unreasonable sometimes, and I’m sure I behaved like an obnoxious asshole with him sometimes. This morning, in pondering him, a wave of appreciation washed over me, which is really the only truth of the matter.

“When I first went to his house he had a ONE NATION UNDER A GROOVE flag on his bedroom wall, and he played me funk I had never heard, like March To the Witches Castle. He was beaming with glee when he played it, and we were enrapt in the mythology of the funk like a couple of little kids.

“He played the most wicked guitar part on our song Mommy Where’s Daddy, a thing that influenced the way I heard rhythm forever. He taught me about diet, to eat clean and be conscious of my body. But more than anything, he was my friend.”

He concluded: “We came from very different backgrounds, had different world views, and it was hard for us to relate to one another often. But the excitement we shared over music, and the joy that bubbled up between us will last forever. Rest In Peace Sherm I love you.”

Sherman first joined the group in 1983, replacing founding guitarist Hillel Slovak. Sherman played on the band’s self-titled debut in 1984 and their first US tour. He also co-wrote several songs on their follow-up 1985 album Freaky Styley.