The documentary explores the iconic shape’s impact on rock and metal music. 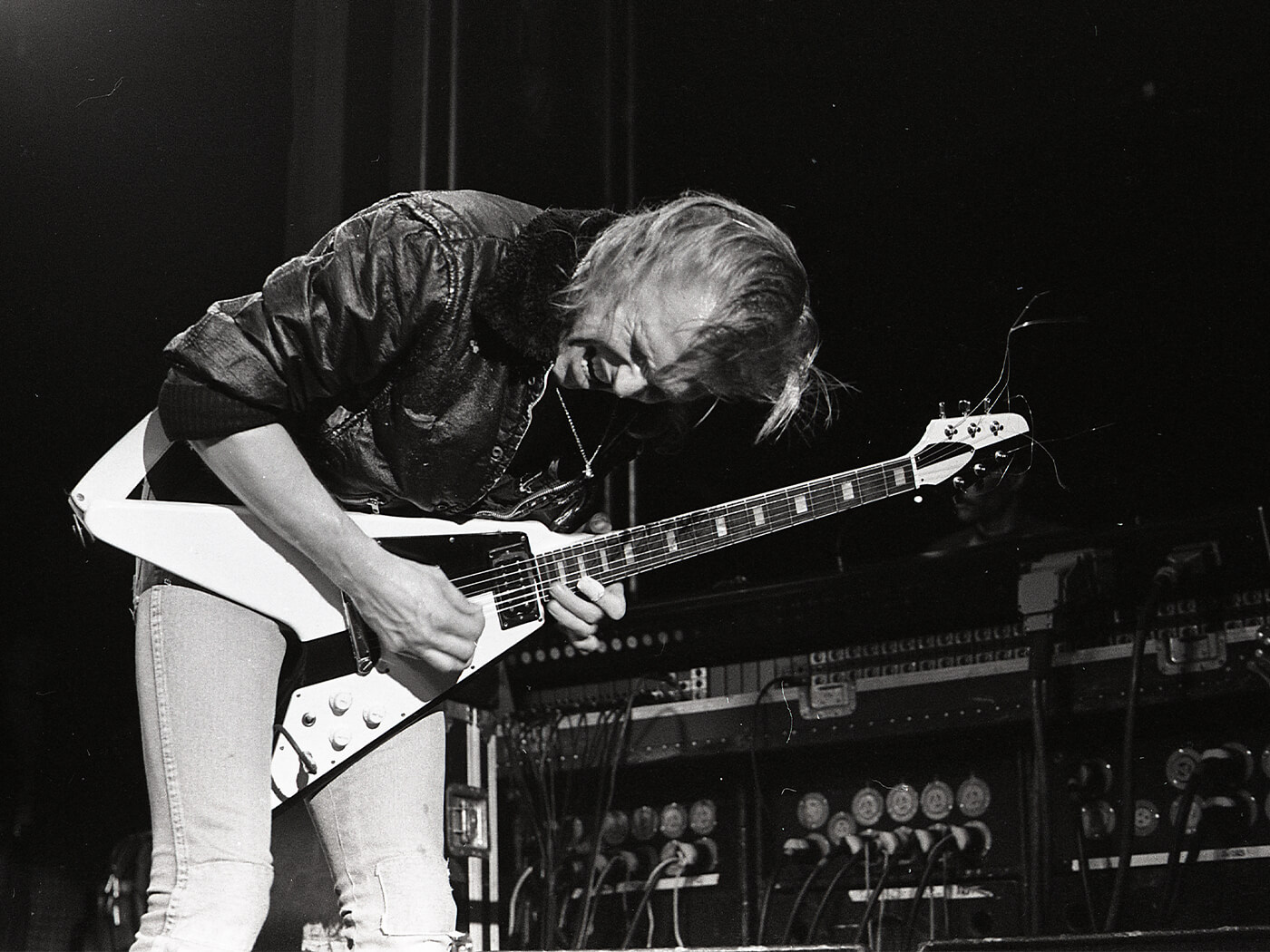 A documentary centred on the iconic V guitar shape and its impact on rock and metal music is set for a DVD release on 11 September. Flying V! – The Metal Guitar Of The Gods was directed by Peter Hansen and produced by ex-King Diamond guitarist Michael Denner.

A host of celebrated rockers, recognised for popularising the instrument throughout their musical careers, will feature in the documentary film. They include the likes of Michael Schenker, Dave Mustaine of Megadeth, Kerry King of Slayer, KK Downing and Richie Faulkner of Judas Priest, and many more.

Aside from artist interviews, the documentary will also explore the early days of the instrument, from its first introduction in 1958 by Gibson to its adoption by Jimi Hendrix in the late 60s. Take a look at a trailer below.

Flying V! – The Metal Guitar Of The Gods will be published as part of the Inside Metal documentary series – which was centred around the Los Angeles rock and heavy metal music scene.

Original series director Bob Nalbandian spoke of the new documentary in a press release, saying: “Awesome doc on the Flying V! Very informative and intimate interviews with some of the greatest guitarists in rock and metal. An absolute must for the guitar enthusiast!”

Learn more about the documentary at metalrockfilms.com