Foo Fighters returned to the stage for the first time since the passing of drummer Taylor Hawkins earlier this year in March for an emotional set. READ MORE: Gretsch White Falcon hollowbody used by Dave Grohl and Pat Smear set to be auctioned  Dave Grohl, Nate Mendel, William Goldsmith and Pat Smear closed out the […] 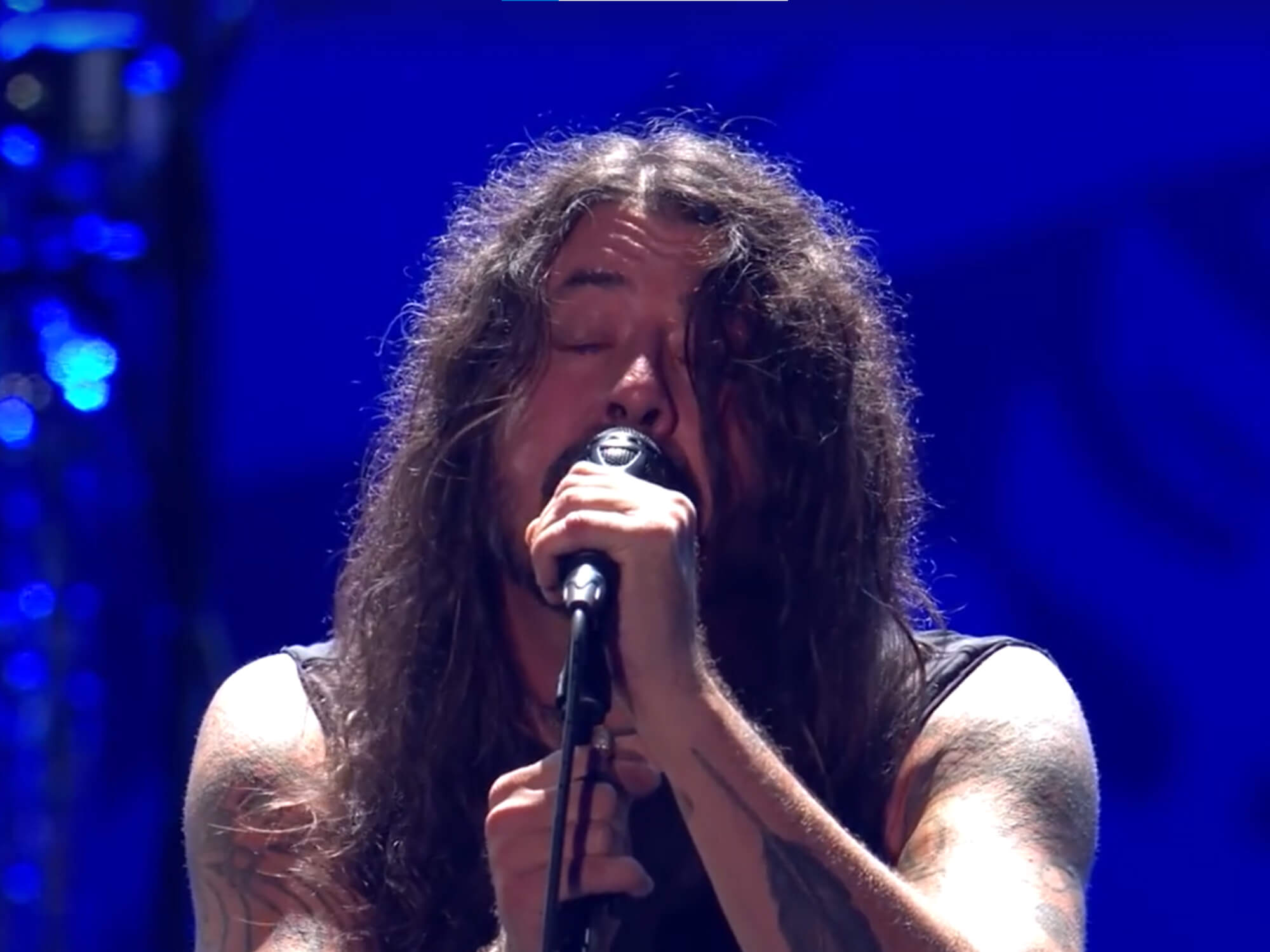 Foo Fighters returned to the stage for the first time since the passing of drummer Taylor Hawkins earlier this year in March for an emotional set.

Dave Grohl, Nate Mendel, William Goldsmith and Pat Smear closed out the first of two planned tributes to Hawkins with a set that began with a tearful rendition of their hit Times Like These. Grohl visibly struggled to get through the performance, at one point breaking down into tears as he attempted to sing, “It’s times like these you learn to live again.”

Watch the Foo Fighters perform Times Like These below.

A spine-tingling moment from the Taylor Hawkins Tribute Concert as Dave Grohl sings Times Like These. #taylorhawkinstribute #taylorhawkins #foofighters

The Foos were joined by former Guns N’ Roses and A Perfect Circle sessionist John Freese for Times Like These and All My Life before Travis Barker, Nandi Bushell, Roger Taylor’s son and The Darkness drummer Rufus Taylor, and Omar Hakim took up the skins for Hawkins at various points during the set. The final drummer to join the band onstage was none other than Hawkins’ son Shane, who performed My Hero with aplomb and spirit that befitted his father.

Watch Foo Fighters and Shane Hawkins perform My Hero below.

Held on September 3, the first tribute show to Hawkins at London’s Wembley Stadium on 3 September included a star-studded guestlist including Liam Gallagher, Josh Homme, Geddy Lee, Brian May, Roger Taylor and Wolfgang Van Halen, with Paul McCartney even making a unannounced appearance at the show.

The second tribute show will be held on 27 September at the Kia Forum in Los Angeles will feature the likes of Gene Simmons, Nikki Sixx, Miley Cyrus, Joan Jett and Alanis Morissette.

Hawkins passed away in March at the age of 50, while the band was on tour in South America. Following his untimely passing, the band cancelled their upcoming tour dates. They wrote in a statement: “It is with great sadness that Foo Fighters confirm the cancellation of all upcoming tour dates in light of the staggering loss of our brother Taylor Hawkins.

“We’re sorry for and share in the disappointment that we won’t be seeing one another as planned. Instead, let’s take this time to grieve, to heal, to pull our loved ones close, and to appreciate all the music and memories we’ve made together.”