The footage has been uploaded to YouTube and sees EVH with the first iteration of the famous guitar. 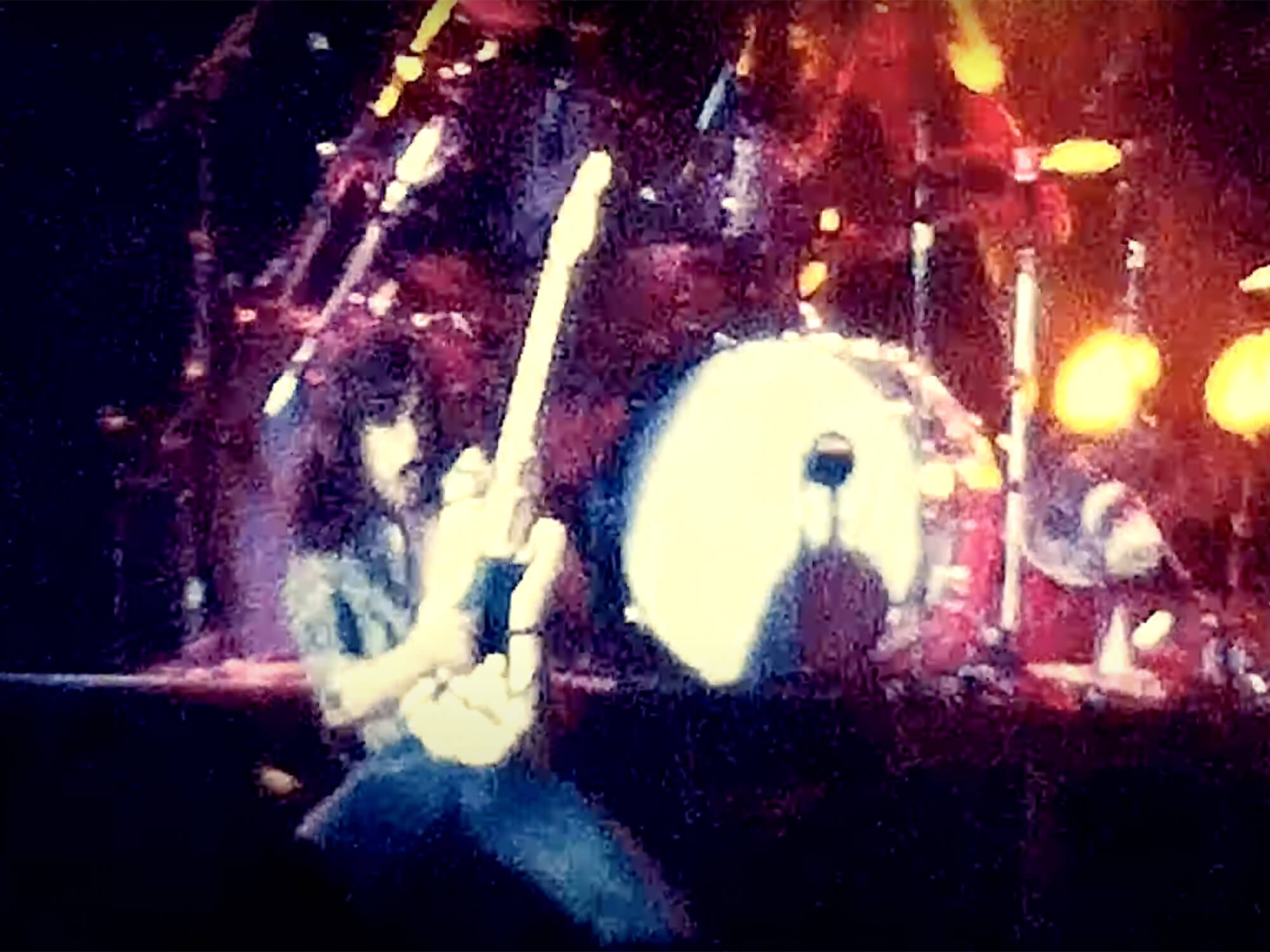 Footage of Eddie Van Halen playing the first iteration of his Frankenstein guitar has been shared online.

As it’s been shot on Super8 film sadly there is no sound, but it does show EVH with his iconic guitar following its white with black stripes paint-job, less than a year after the band’s debut record was released.

The footage was shot and uploaded to YouTube by a user named Speedy who was working as a photographer at the time, and was taken during a 1978 show at Niagara Falls Convention Center in the US. According to a setlist recorded by themightyvanhalen.net, this particular show showcased the following tracks (which have been handily time-stamped in the original video’s comments):

You can watch the full video here:

The Frankenstein, or Frankenstrat as you may know it, started off with a bare wood body from Charvel in 1976 and 1977 before evolving into its black and white zebra-like look shortly before this video was taken. Its most famous iterations came when the addition of red paint was added to it in 1979. From then on, EVH frequently swapped necks, pickups and hardware on his beloved Frankie.

Brian May revealed earlier this month that his upcoming Star Fleet box set, which is number three in the Brian May Gold Series, features a cleaned up mix of the title-track that hosts EVH’s guitar magic. Speaking to Variety, May said, “I was never fond of the original mix of Star Fleet, the single, so we cleaned that up.”

He continued, “Now, EVH’s sound is larger than life. You’ll hear the development of Eddie’s solo, which I always thought was one of the greatest things he did… a real immortal classic of Ed Van Halen pieces.”