The musician also shared his thoughts on meeting his replacement, Richie Faulkner, for the first time. 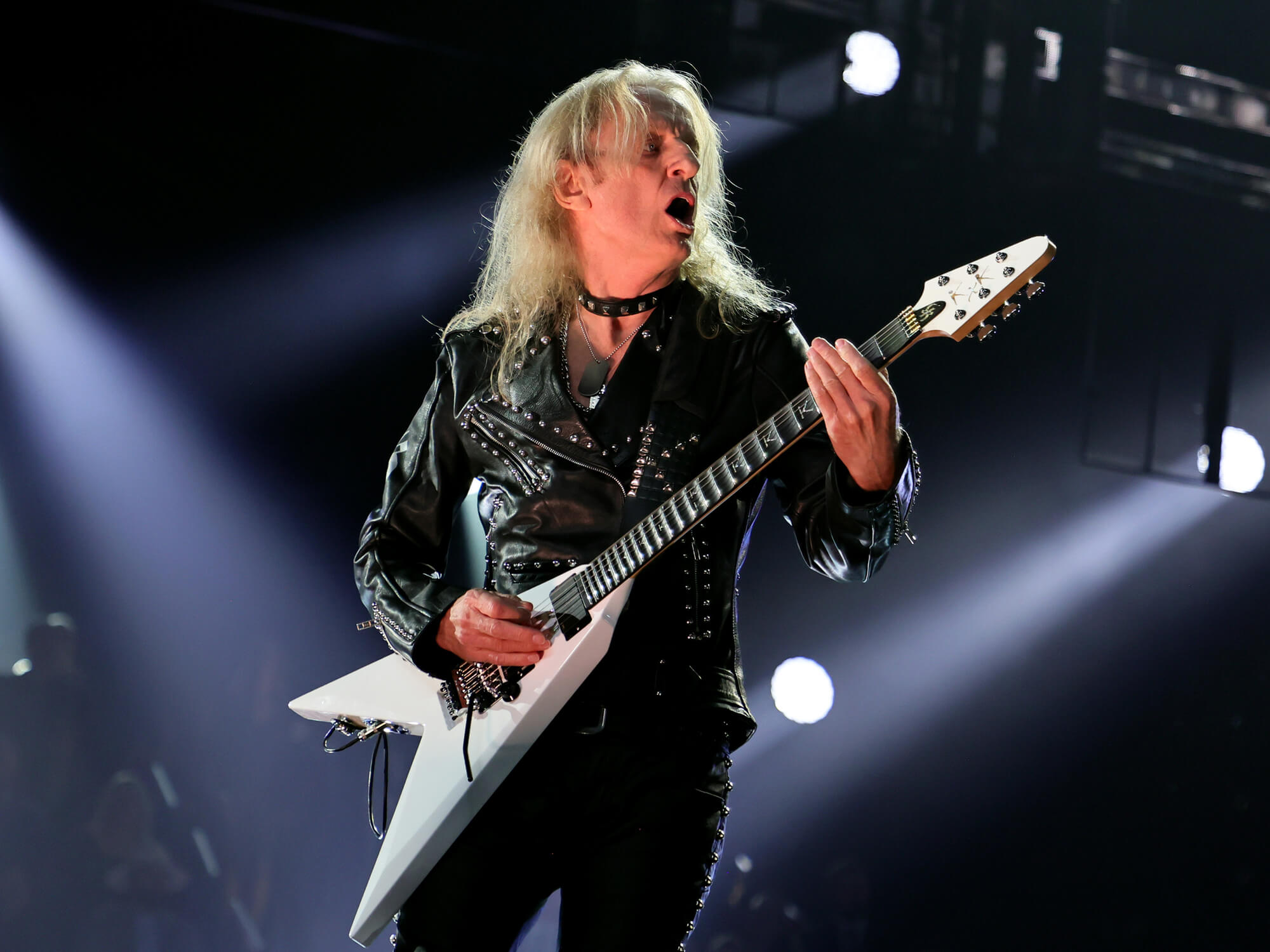 Former Judas Priest guitarist KK Downing recently revealed that he nearly turned down the invitation to the band’s Rock Hall event as it’s “a lot of fuss”.

In a new interview with Metal Talk, Downing admitted to his initial reluctance to take part in Judas Priest’s induction into the Rock & Roll Hall of Fame, saying “Initially, I thought it’s a lot of fuss. Can I really be bothered with going all the way over to Los Angeles to play three songs and break the ice with the guys?”

“But when I reflected on it, it was the band I started 50 years ago, and I would probably regret it if I didn’t go. So I accepted the invitation.”

The event marks the first time Downing has shared the stage with his ex-bandmates since their acrimonious split in 2011. It was also the first time he had spoken to his replacement, Richie Faulkner.

“I managed to have a chat with him, and we shared the stage and even jammed together,” the guitarist recalled. “It could have been awkward, but it wasn’t. I’ve nothing but respect for him, and I know he’s working on other projects outside Priest, and I wish him well.”

“The only potentially awkward moments were because I like a lot of room and have always raced around the stage, and we had to avoid each other!” He added jokingly.

That said, Downing did have one more thing he had to figure out after accepting the invitation to the Rock Hall reunion.

“The only decision, despite my initial brief reservation, was which Flying V guitar I took with me … and would it survive the flight,” he mused.