Can you hear the sleigh bells? 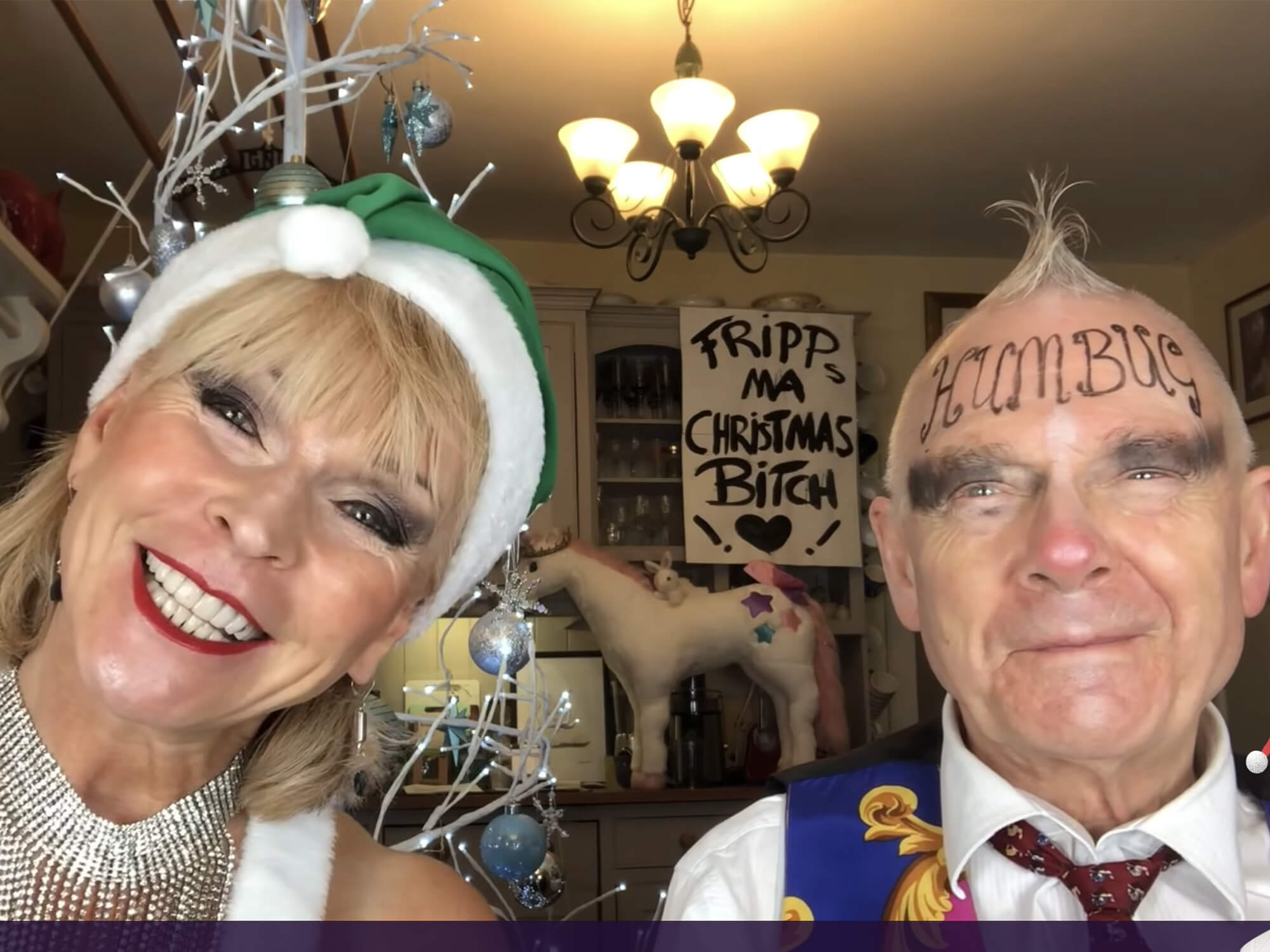 The new cover keeps the kitchen setting that initially started out of lockdown necessity. It’s now adorned with some festive decoration, including a large sign that reads: “Fripp’s ma Christmas Bitch.”

Legendary King Crimson guitarist Robert Fripp also has some decoration, in the form of the word “humbug” written across his face.

The new cover’s caption alludes to the hap: “Christmas is almost upon us, and the Frippcox household are ready to teach the nation another festive fave, perhaps somebody should teach it to them first!!”

You can check it out below.

Fan response to the jovial Sunday Lunch series has been overwhelmingly positive, but does acknowledge its slightly haphazard musical nature. For instance, a top YouTube comment on the Rudolph The Red-Nosed Reindeer cover states that “As a singer, Robert makes a great guitarist.”