Gene Simmons again claims “the fans killed [the music business],” and that rock music is unsustainable for “freckle-faced college kids”

He also noted that these same kids “hate” him. 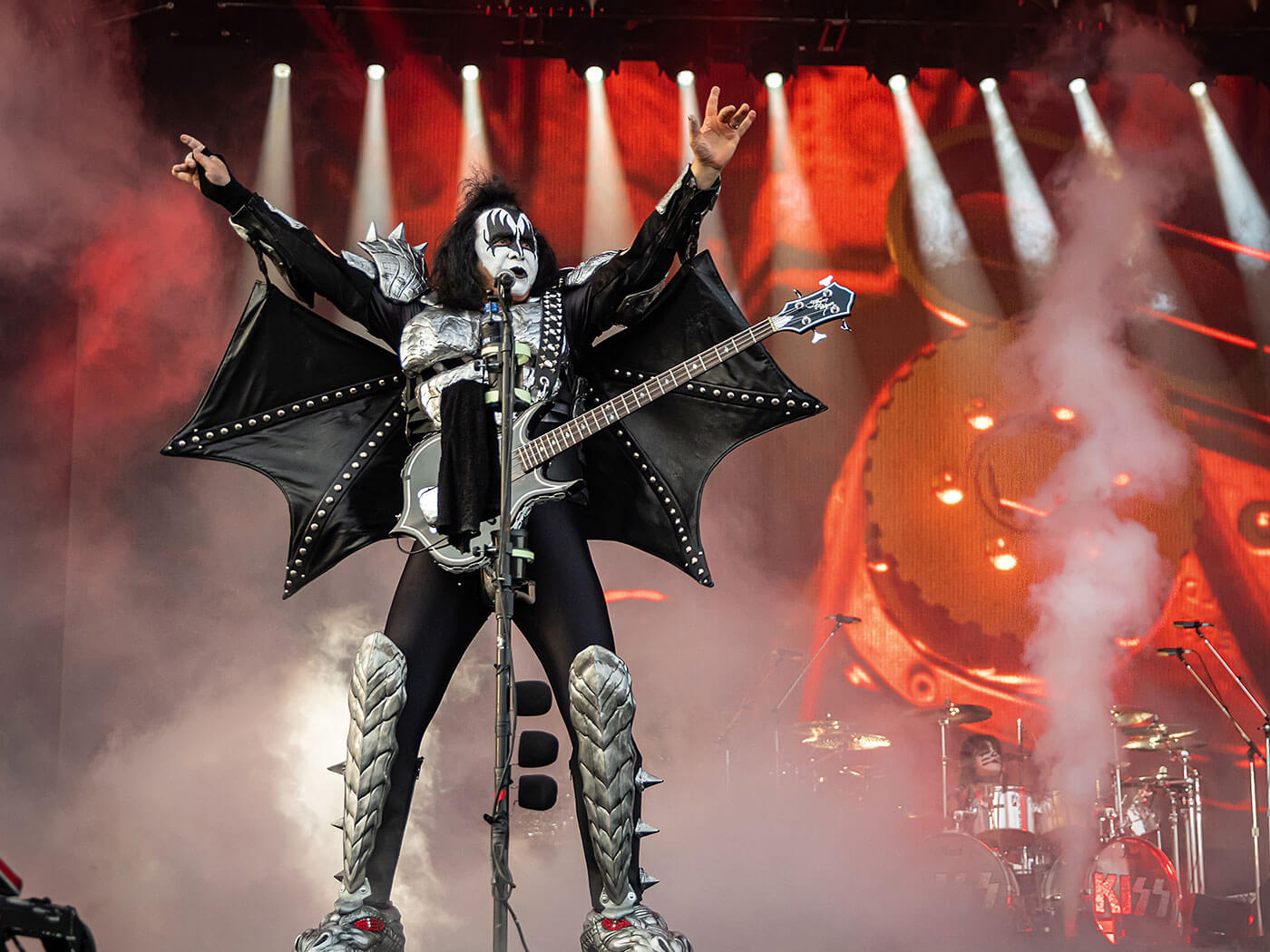 Gene Simmons has again criticised music fans and the industry at large for what he views as a failure to cultivate sustainable income in the face of “downloading and filesharing.”

Speaking in a new interview with US Weekly, Simmons decried how the industry is laid out for younger bands. “By and large,” he said, “new artists will never have the chance that [bands of KISS’ generation] got, because record companies would give us millions of dollars once we got successful, as an advance, non-recoupable, with a royalty system and all that. And so, we didn’t have to work day jobs.

“Now, if you’re a new band, you can’t make a living. All the freckle-faced college kids – who, by the way, hate me – because what I’m saying is it’s robbery. You’re robbing by downloading and filesharing that music.”

Streaming services such as Spotify have come under scrutiny for the royalties they pay artists, but Simmons instead seems to be directing his barbs at the practice of downloading music to a hard drive from a torrent site or similar.

He continued: “It doesn’t affect me; our band came before, when it was a real business. But the new artists, you’re breaking my heart. It’s like new babies being born without being able to have food. You’re taking food from their mouths so they have to go work for a living and not have enough time for their art.”

He then laid the blame for the supposed death of the music industry on the average fan: “Who killed the music business? The fans did. Not a foreign power, not aliens. The fans killed it. And who do I blame? The record companies for not suing that first putz who dared break into the henhouse and steal some eggs and a chicken for free.

“As soon as you let that first fox into that henhouse to take some eggs without paying for it, the rest of the foxes come along. Likewise, cockroaches – you allow one into the kitchen, you squash that first one, the rest of ’em are gonna go, ‘Uh-oh, we’ve gotta watch out.’

“So, Pandora’s box has been opened. There are hundreds of millions of fans around the world that are trained [in their minds] not to pay for music.”

Simmons didn’t understate his position as he kept up the metaphor: “Imagine being a farmer, and you sell eggs and chickens – that’s what you do. And that first little cute fox comes in and steals an egg. And the farmer is gonna try to shoot the fox, ’cause, ‘Hey, you’re stealing my living.’ And the wife says, ‘Don’t! It’s so cute.’

“Everybody’s out of business because that first putz, that first little hole in the Titanic sank the whole ship,” Simmons concluded, adding in one final metaphor to the pile for luck.

You can see Simmons’ appearance on US Weekly below.

His comments follow countless others he has made in a similar vein. In February of this year, for instance, he claimed that young fans killed rock music because of their insistence on streaming.

“You killed the thing that you love, he said. “Because as soon as streaming came in, you took away a chance for the new great bands who are there in the shadows, who can’t quit their day job ’cause you can’t make a dime putting your music out there, because when you download stuff, it’s one-hundredth or one-thousandth of one penny.”