Gene Simmons voices support for man who married hologram bride: “It doesn’t matter if you understand this relationship. It only matters if this Otaku man is happy”

I now pronounce you man and waifu. 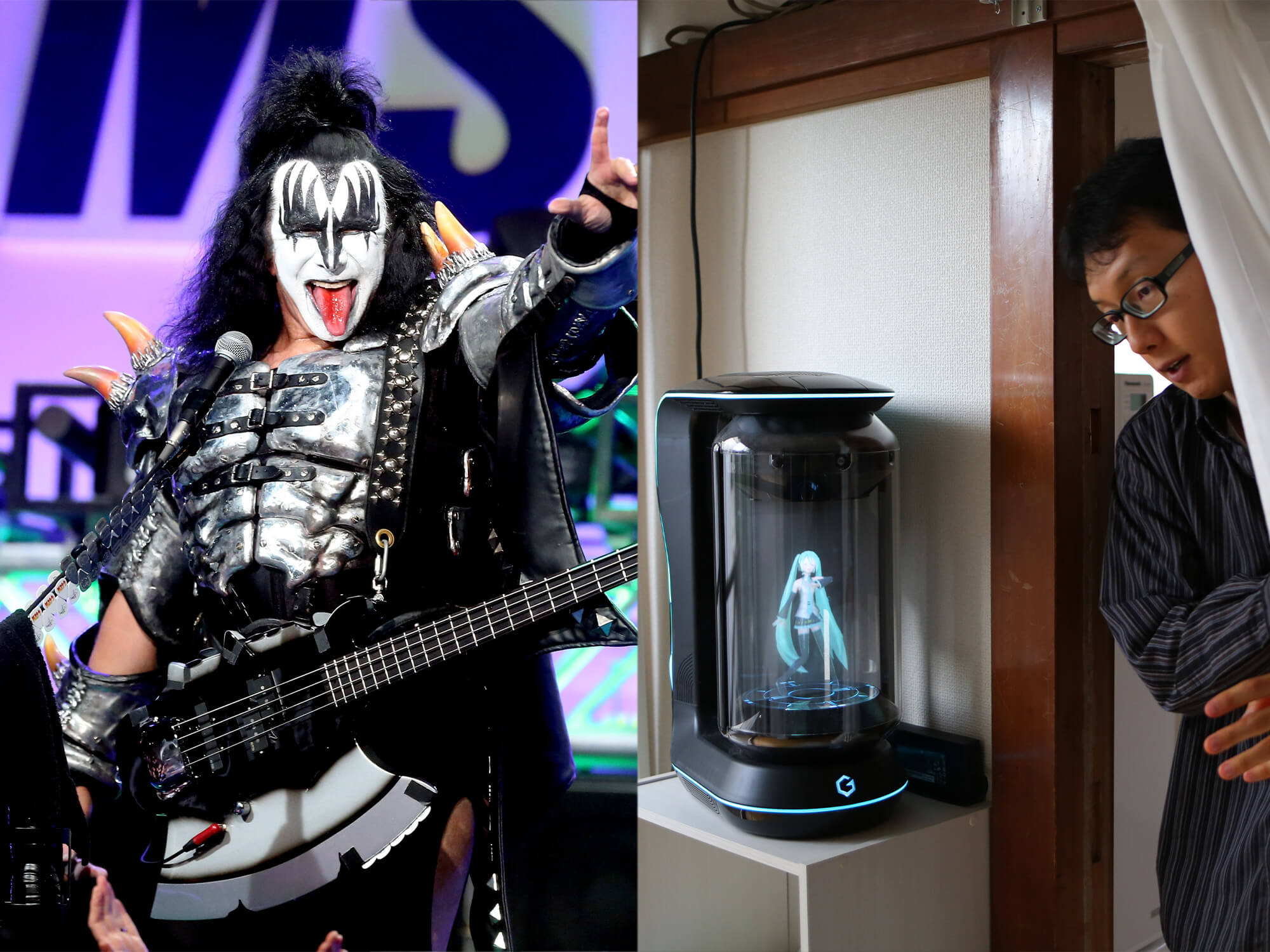 72-year-old KISS bassist Gene Simmons recently revealed his thoughts on marriage… between a man and his fictional hologram wife.

The marriage between Akihiko Kondo, a 38-year-old Japanese man, and Hatsune Miku, a turquoise-haired female pop singer made headlines back in 2018 for the one simple fact: Miku is not human.

Certainly one of Japan’s more intriguing phenomenons, Miku is a moe anthropomorphism in the style of Japanese manga graphic novels. Originally created as a ‘vocaloid’ – a synthesised voice – Miku has since been depicted in human form in manga and anime series, video games, and merchandise.

For fans of anime and Japanese culture, Hatsune Miku is a familiar name, popular enough to have toured — in all her holographic glory — with the likes of Lady Gaga on her 2014 ARTPOP Ball tour.

According to the New York Post, Kondo identifies as “fictosexual”, or someone who only experiences sexual attraction to fictional characters. He is but one of the thousands in Japan who have entered into similar unofficial relationships with a variety of fictitious characters.

Commenting on the article, the KISS “Demon” tweeted in defense of the unconventional union between Kondo and Miku: “It doesn’t matter if you understand this relationship. It only matters if this Otaku man is happy. Otaku is a person who is a manga and tech fan. Good luck to him.”

It doesn’t matter if you understand this relationship. It only matters if this Otaku man is happy. Otaku is a person who is a manga and tech fan. Good luck to him. https://t.co/NDI14bB95b

Simmons himself has been married to his non-fictional and very human wife Shannon Tweed since 2011.

The musician recently defended Mike Tyson over a viral video of Tyson punching an airplane passenger said to have been harassing the boxing legend.

KISS’ farewell tour The End of the Road is also currently underway.