A faithful recreation of Nelson’s own ’56 Les Paul Junior. 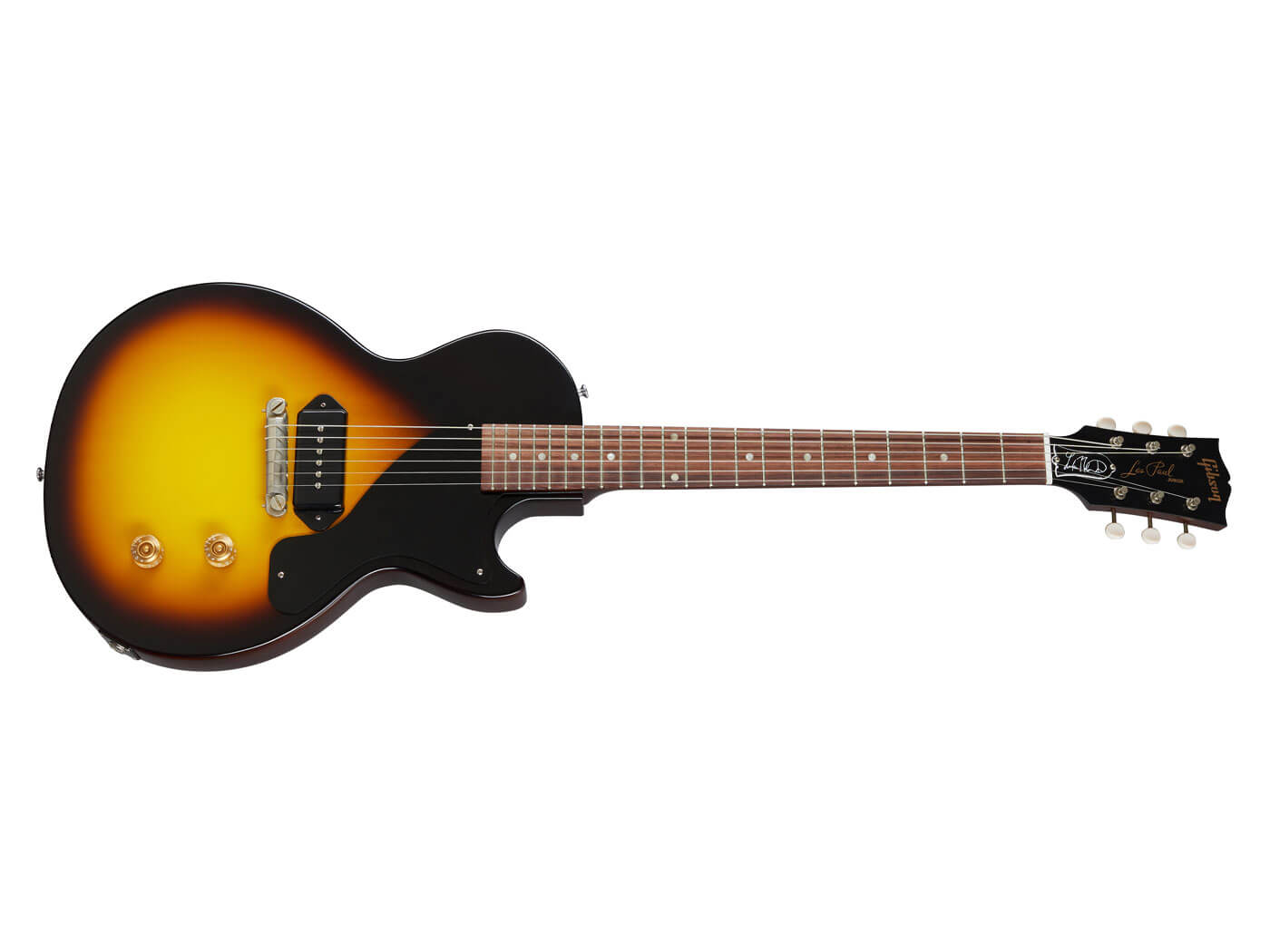 Gibson has launched the Lukas Nelson ’56 Les Paul Junior, a signature model for the guitarist and son of the legendary Willie Nelson.

The guitar was developed to be a faithful recreation of Nelson’s own 1956 Les Paul Junior, retaining its character while adding in a few modern upgrades. The original was his main guitar for several years.

True to Les Paul Junior tradition, the body is a slab of mahogany and the neck has a chunky baseball-bat profile, also mahogany. There’s a rosewood fingerboard, and of course a single P90 in the bridge, and a wraparound tailpiece. This is subtly compensated, for a truly vintage look but better intonation.

The tuners are Vintage Deluxe strip-style, with white buttons – complementing the body’s vintage tobacco burst satin finish. While they’ve got a slightly aged vintage look, the tuners feature a higher ratio than the original-spec’d tuners for better stability.

The P90 features Alnico 3 magnets, and has been voiced specifically for the tones that Nelson favours. It’s controlled by a single volume and tone, the latter of which features an orange drop capacitor for the classic Gibson tone knob behaviour. The controls also feature gold speed knobs, as was the spec used in 1956.

Take a look at Nelson discussing the guitar in Gibson’s video below:

The Lukas Nelson ’56 Les Paul Junior lists for $1,599. Find out more about the guitar over at gibson.com.