by Liberty Dunworth
The Who
#Artist#Rock
News

The iconic producer also claims Moon was one of the main reasons why the album was so successful. 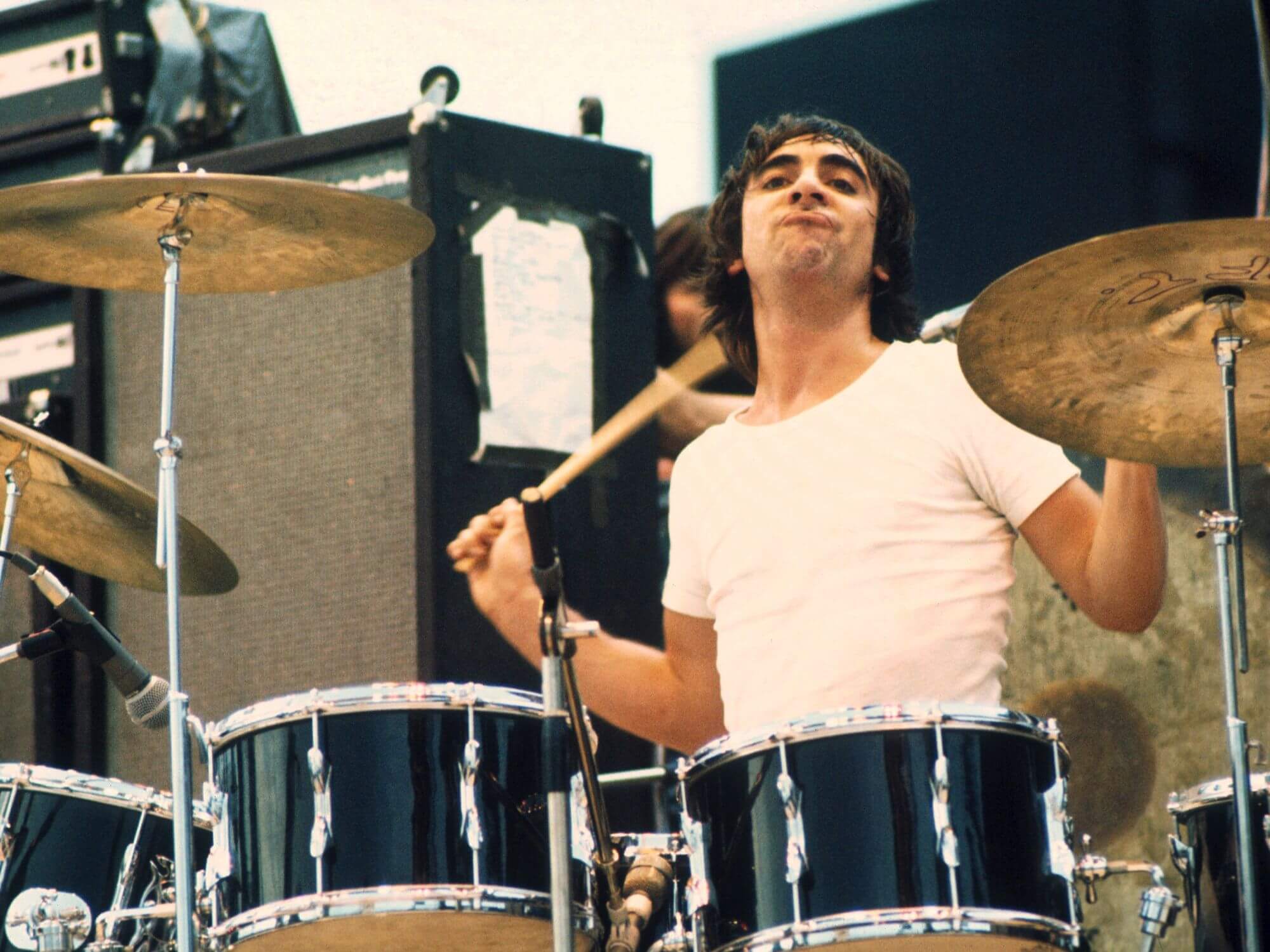 Working with some of the biggest names in music throughout the 1960s and 1970s, legendary record producer Glyn Johns has spoken out about his deal to try and reduce the excessive alcohol intake by Keith Moon during the making of the album Who’s Next.

In an interview with the BBC radio show Sounds Of The 70s With Johnnie Walker, music producer Glyn Johns discusses some of his fondest memories from his time in the industry– most notably, his time working with The Who drummer Keith Moon during the making of the band’s fifth studio album.

Describing his time working with the band and the factors that he believes made the album quite so successful, the producer admits that he made a pact with Keith Moon to try and reduce his alcohol intake during the recording sessions.

“I did suggest that he try to behave himself a bit while we were recording. [At least,] a bit more than he was being, as he was a bit liable,” he explains when asked about the agreement the two made. “[It was] a deal which, of course, he won and I seriously lost… although I did benefit.”

He continues, stating that Moon was initially hostile at the suggestion and only agreed once Johns himself agreed that he would try to quit smoking also:

“He had a go at me and said ‘[slurring] you’ve changed and you’re trying [to change] me’ and I said, ‘I’ll tell you what, I’ll stop smoking… if you stop drinking’ and we shook hands on it. I did stop smoking which well may have saved my bacon. I owe him one really.”

Elsewhere in the interview, Glyn Johns admits that he believes one of the most vital factors in the album’s success was Keith Moon’s ability to retain his outlandish playing style, while still precisely following a synthesiser – something he says was a rare talent at the time.

“It was an astonishing example of the skill […] of the band, playing to the rhythm that the synthesisers created. Up until that point in time, very very few people ever used a click for the drummer to play to, so if you listen to some of the records that we made in the ‘60s and even in the very early 70s, they inevitably speed up!”

“Very few drummers found it easy to play with a click when it first happened,” he admits. “In the case of Won’t Get Fooled Again, it’s mind-boggling how Keith Moon, who plays like a mad bull in a china shop, managed to stay in time with the synthesiser which was providing this regimented time.”