Graham Coxon has made another contribution to the Netflix series The End Of The F***ing World in the form of a new song, titled She Knows. The Britpop guitarist previously wrote and recorded the score for the first season of the show back in 2017.

She Knows appears on the second season of The End Of The F***ing World and will be released as part of a complete soundtrack on 8 November. The song features a haunting melody provided a fingerpicked acoustic guitar, set to lyrics that carry a cautionary warning. She Knows is intimate yet foreboding, which altogether complements the dark tone of The End of the F***ing World.

Prior to the release of Blur’s The Magic Whip in 2015, Graham Coxon released three solo albums on the now-defunct Transcopic label: The Sky Is Too High, The Golden D and Crow Sit On Blood Tree. In 2002, he released The Kiss Of Morning which marked his debut as a full-time solo artiste. This was followed by Happiness in Magazines – his most successful album to date.

His most recent work, A+E, was released in April 2012.  In 2013, did a live recording of the Beatles track Baby It’s You at BBC Radio 2’s 12 Hours To Please Me. The landmark event was held in celebration of the 50th anniversary of the Beatles’ Please Please Me, and saw various artists recording songs from the album over a span of 12 hours at Abbey Road. 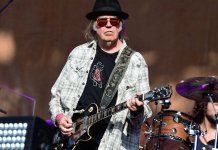 Neil Young accuses Spotify of “spreading fake information” on vaccines: “I want all my music off their platform” 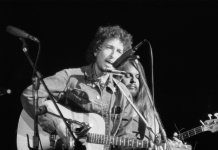 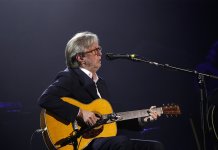 Neil Young accuses Spotify of “spreading fake information” on vaccines: “I want all my...

Chapman ML3 Pro Modern review: This metal contender is as accessible as it is...