Nash compared himself and Crosby to a pair of brothers. 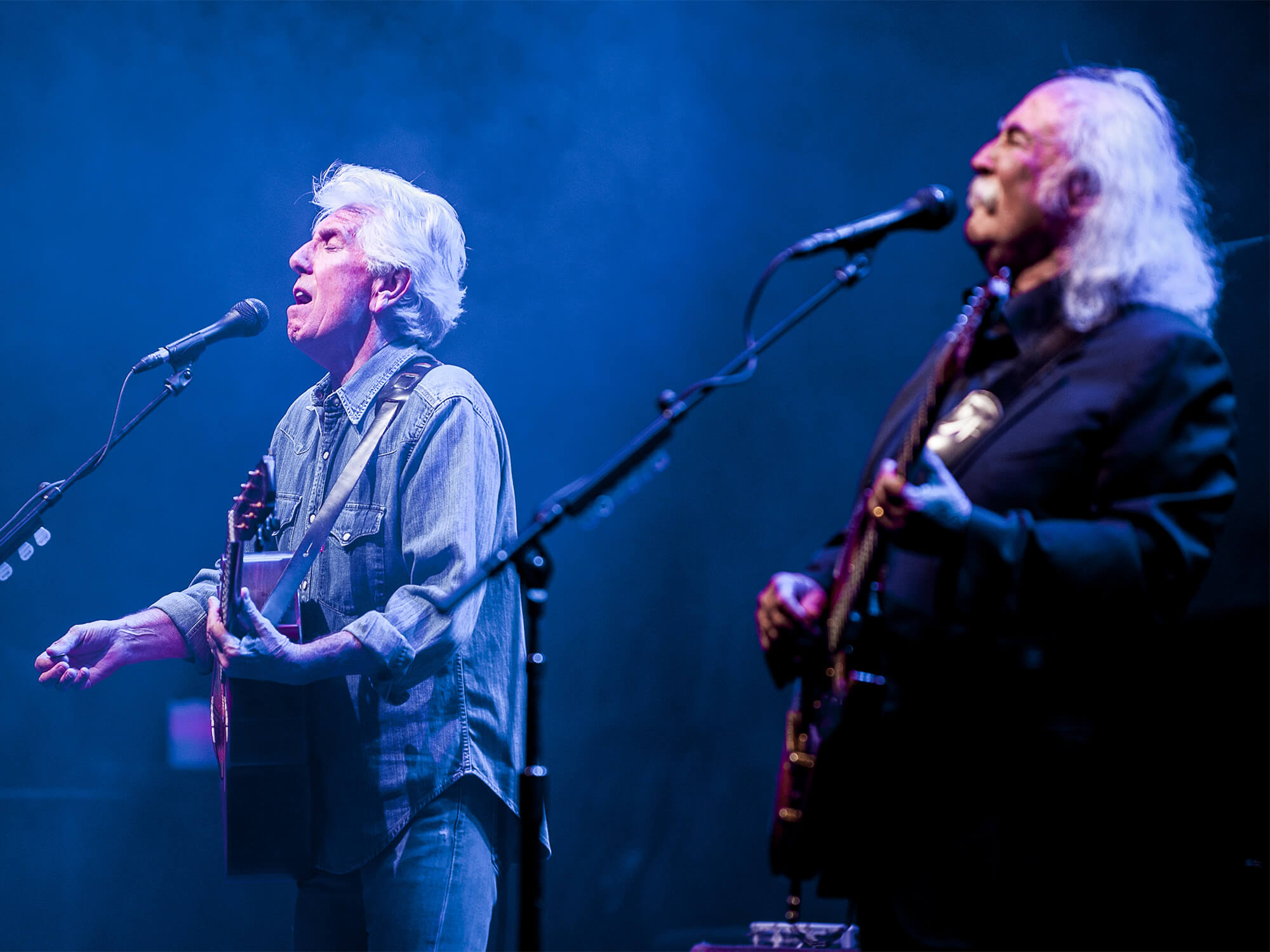 Graham Nash of supergroup Crosby, Stills & Nash has spoken out on his upcoming archival compilation album, and his ropey relationship with David Crosby.

Crosby, Stills & Nash (which eventually became Crosby, Stills, Nash & Young with the addition of Neil Young) came to an end in 2015, and since then, both Nash and Crosby have had some fairly public feuds.

However, Nash has revealed he will be releasing a compilation album which is set to feature archival contributions from his estranged bandmate.

In a new interview with The San Diego Union-Tribune, Nash said of the record, “It starts with us singing on [Stephen Stills’ 1970 solo hit] Love the One You’re With, then on Jackson Browne’s Doctor My Eyes and James Taylor’s Mexico. It finishes off with me and David singing You’ve Got a Friend with Carole King [in 1993] at the Universal Amphitheatre [in Los Angeles].”

The album will feature himself and Crosby singing vocal harmonies, along with many other famous musicians they’ve teamed up with over the years. Nash feels the record is “great” and hopes it will come out soon, but confirms it does not signify a reunion.

Later on during his interview he declared, “The truth is, I do miss David, I think he’s really a great musician, totally unique, and we made a lot of really good music together in our lives.”

He went on to add, “But, as with brothers, sometimes you argue and that (can wreck) your relationship. That’s what happened to David and me. But look at the music we made together.”

Further details are yet to be revealed on the record, but Nash took a guess that it was titled “Harmony”, but wasn’t entirely sure.

The mellow comments from Nash may come as a shock to those who remember their scathing disagreements. In a 2018 Union-Tribune interview, Nash declared: “Crosby, Stills & Nash will never play another note together,” then added: “I just don’t like Crosby. I can’t make music with him. It’s done. It’s over.”