Have King Crimson suddenly ended – or are they on the cusp of a new cycle?

A cyptic tweet sent out by Robert Fripp stated that the band have “moved from sound to silence”. 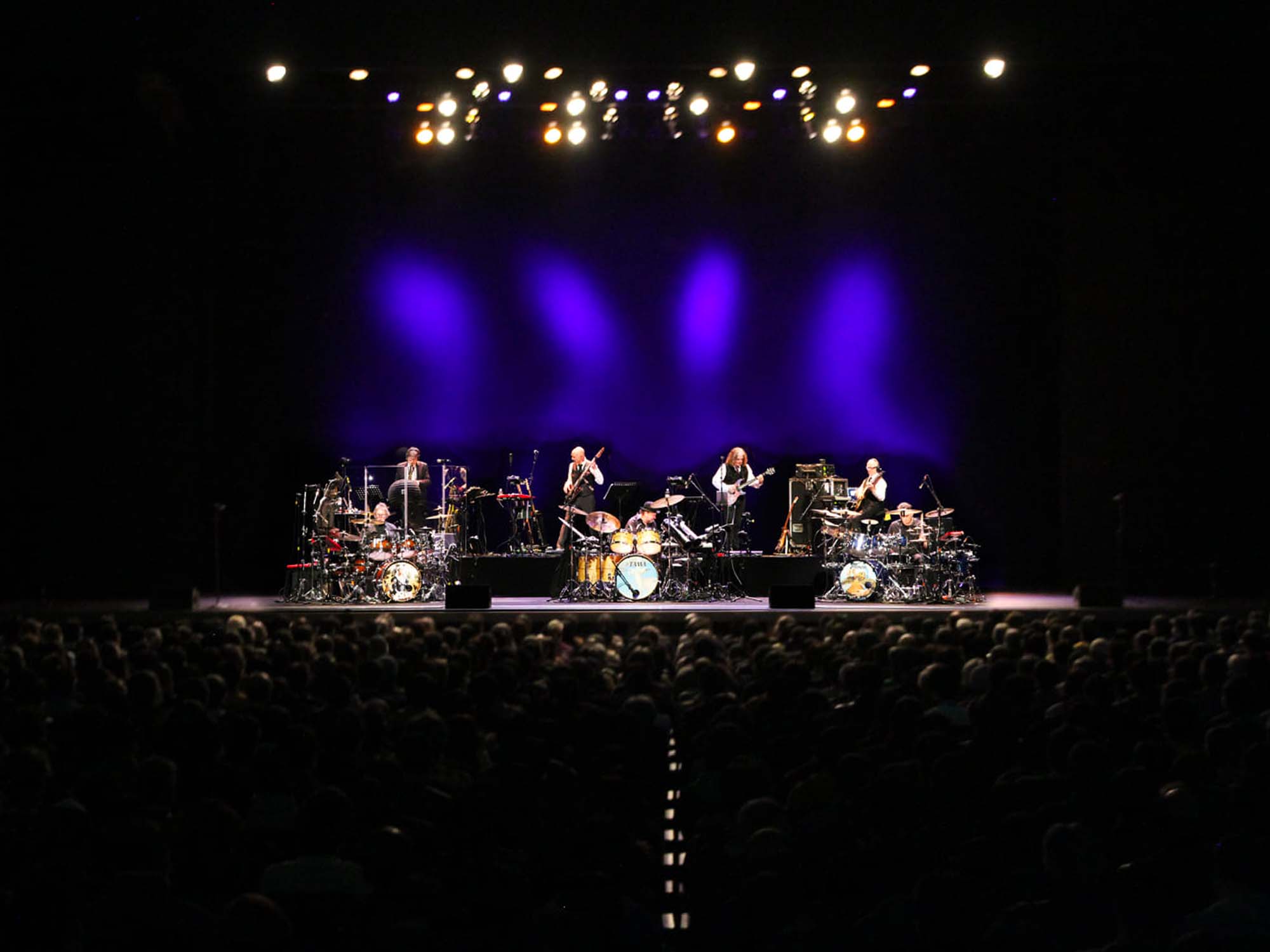 A cryptic tweet sent out by King Crimson mastermind Robert Fripp has fans wondering if the progressive rock legends have decided to finally end – or are perhaps on the cusp of a new cycle.

On 8 December, the band closed the final date of their Music Is Our Friend tour in Japan at the Bunkamura Orchard Hall in Tokyo. It was after the concert when Fripp tweeted that the band had “moved from sound to silence” – a phrase which was reiterated on the band’s main Twitter account.

A significant moment in time as King Crimson 'moved from sound to silence' today in Japan. pic.twitter.com/wRMIIrLUiC

On bassist Tony Levin’s blog, more details were shared on the significance of that night’s show. “Tonight is the final concert of the tour, and quite possibly the final King Crimson concert,” the musician wrote.

Despite releasing no new studio albums, King Crimson’s three-drummer iteration has been the band’s longest-running line-up to date, being active since 2013.

In Levin’s blog post, he also took the opportunity to thank the production crew and team who have served the line-up for its lifespan.

“Great people, all hard workers who make our shows possible,” Levin wrote. “And now we’re saying goodbye until the winds of fate bring us together again.”

YouTube user speedfreakjive shared footage of the final moments of King Crimson’s concert that night. See it below:

Back in August, singer-guitarist Jakko Jaksyzk told Ultimate Classic Rock that the tour would be the band’s last in North America. “Management has said it’s very unlikely we’ll be back in America,” he said. “I think they thought announcing it as a kind of farewell tour was a tacky device, and something you end up potentially regretting if you change your mind.”

Long-time King Crimson fans will know that the band have cycled between periods of activity and dormancy, and so it may be too early to know if the band have seriously decided to end or are in the process of changing things up.

Robert Fripp, the 75-year-old guitarist and principal member of the group, has announced that he will be bringing back the Guitar Circle in 2022. Set across 22 to 26 August in Glen Cove, New York, it welcomes listeners and players of all levels to participate to some degree in classes, events and performances.

In the meantime, we’ll have more Sunday Lunch videos from Fripp and his wife Toyah to enjoy this holiday season.

More on this story as we know it.