Herman Li says Guitar Hero only paid Dragonforce “about $3,000” for Through The Fire And The Flames

The band’s song Through the Fire and Flames is generally considered to be the hardest track in the game’s history. 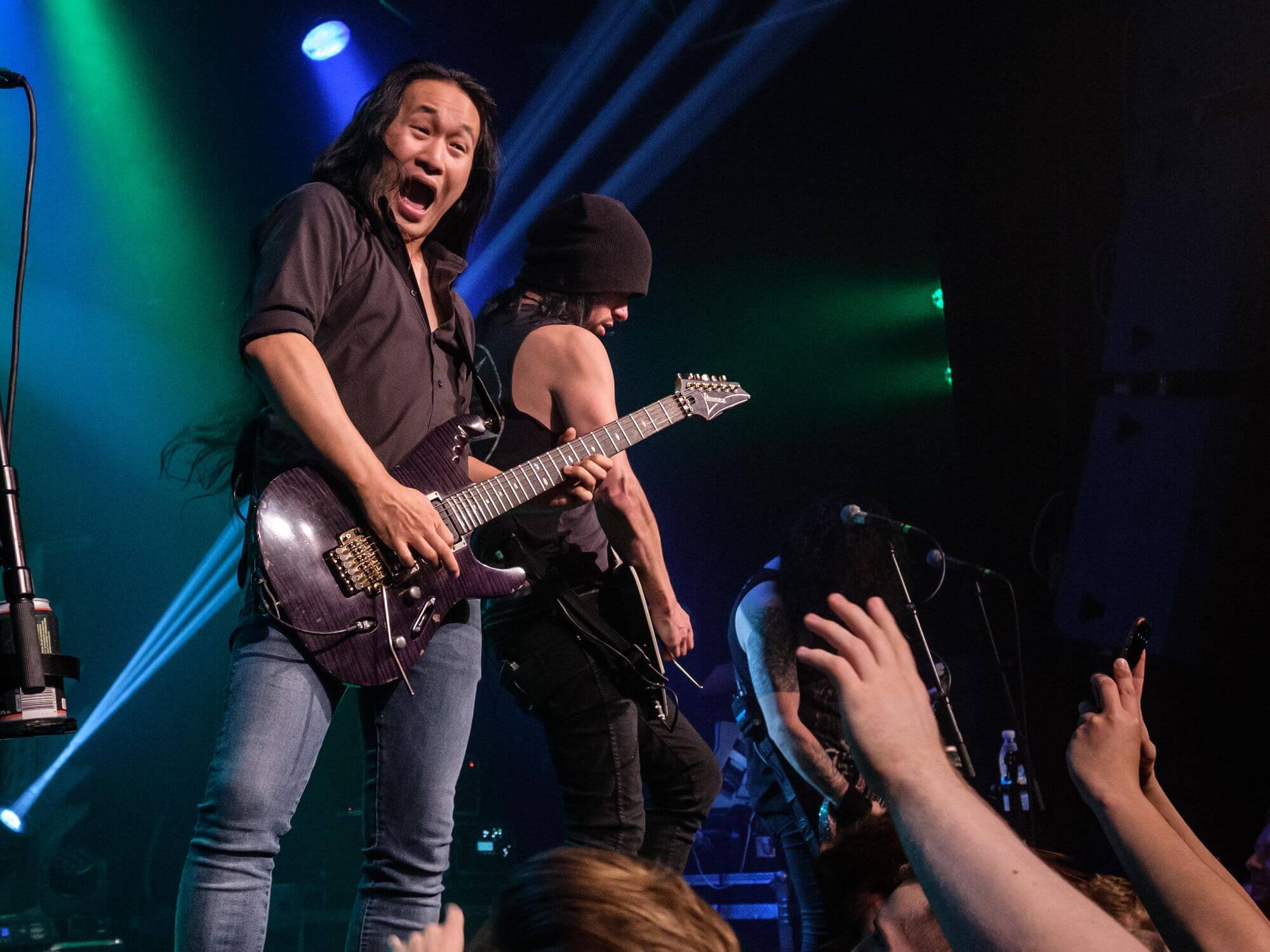 Dragonforce guitarist Herman Li has revealed just how much – or little – the band has earned from having their song featured on the iconic music rhythm game, Guitar Hero.

The band’s song Through the Fire and Flames was introduced to the series in Guitar Hero III, where it soon gained notoriety as the toughest and most intense song in the history of the game.

Despite this, Li revealed in a recent TikTok video that the band only earned about $3,000 for the placement, not the “millions of dollars” one would expect from a song with that kind of popularity.

♬ Through the Fire and Flames – Dragonforce

Posting as @hermanli on TikTok, Li said in the video: “Guitar Hero actually only paid a one-off fee to use the song… so I’m thinking just about $3,000, maybe even less.”

While he does not remember the exact number, the fact that the one-time payment had to be split between numerous parties – including managers, accountants, a record label and, of course, Li’s bandmates – meant that Li barely made any money in the end.

The musician also jokes that it’s possible he’s made “tens of dollars.”

Li, however, was quick to acknowledge that it was more about presenting guitar music to the world and less about the dollars at a time where “guitar music wasn’t really that popular”. The band gained important exposure and publicity that they wouldn’t have gotten otherwise considering the non-radio-friendly nature of a lot of the band’s music.

“Letting the audience hear our music and decide if they like it is really special,” said Li.

Indeed, due to its inclusion in the game, Dragonforce’s sales greatly increased. Through the Fire and Flames remains the band’s most popular songs to date, charting on the Billboard Hot 100 in both Canada and the U.S. The song is now certified platinum, with more than a million copies sold worldwide

The video garnered the response of many fans, some of whom believed that the band should have been paid more, and not just in the form of ‘exposure’.

Here are some of the comments:

“Crazy that even at your level they still pay in exposure”

“The only time being paid in exposure worked out”