Iron Maiden have announced that they will reissue two of their legendary live albums, Live after Death and Rock in Rio.

The first of the two, Live After Death, was recorded at Long Beach Arena, California in March of 1985, as well as some additional tracks recorded at London’s Hammersmith Apollo, and is widely regarded as one of the greatest live albums of all time. It includes tracks such as The Trooper, Rime of the Ancient Mariner, The Number of the Beast and Run to the Hills. Since its release it’s been regarded as one of the best live albums of all time by various critics, and catapulted Iron Maiden to even bigger heights. The reissue features audio from the 2015 Mastered for iTunes project, available on CD for the first time. 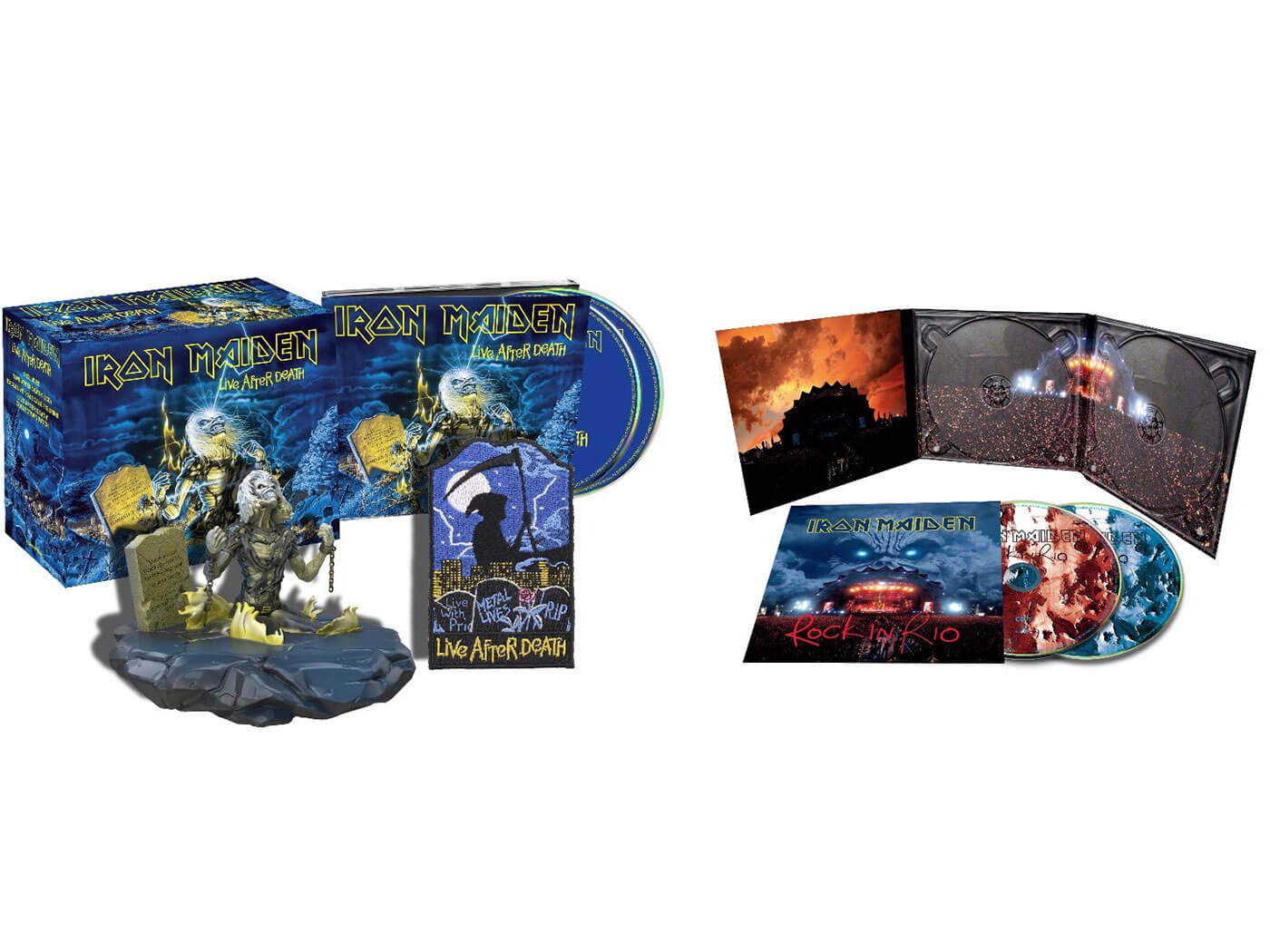 Rock In Rio was recorded on 19 January 2001, the final night of Iron Maiden’s Brave New World Tour. It again features a roster of hits, including Fear of the Dark, Brave New World and Hallowed Be Thy Name. The performance notably saw Maiden performing to one of their biggest crowds ever – some 250,000 fans were in the audience, most of whom you can hear singing the Fear of the Dark into. Rock in Rio also features audio from the 2015 Mastered for iTunes project.

The Live After Death CD is also available in a special edition box, featuring a 1:24 scale figurine and exclusive patch. The reissues arrive on 19 June.