James Bay on what vintage guitars mean to him: “The more instruments are used, the more they have to say”

Bay also performed Fleetwood Mac’s Go Your Own Way, and his own hit track, Love Don’t Hate Me in the new video for Fender. 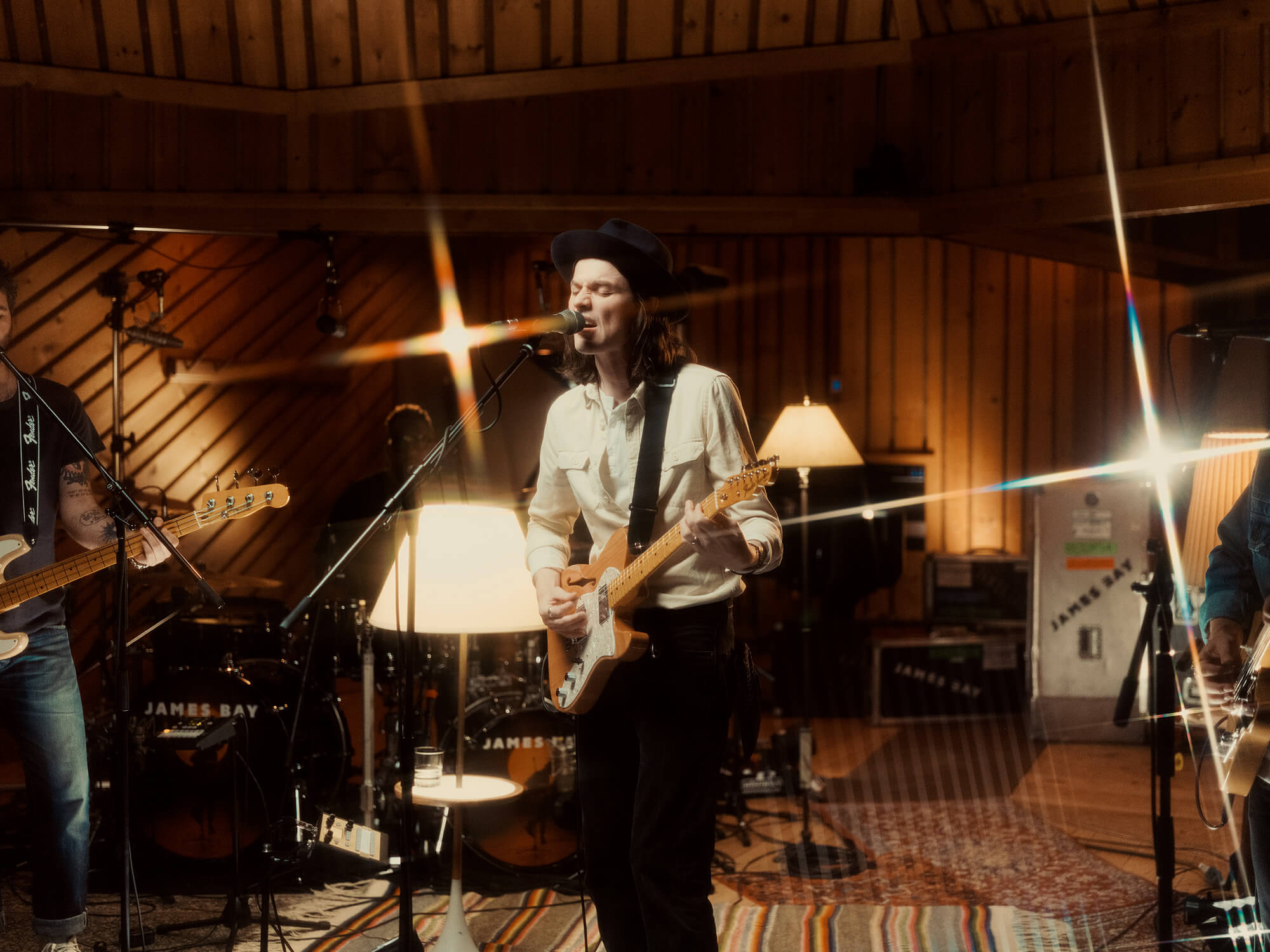 The musician performed with the new Fender American Vintage II 1972 Thinline Telecaster for a cover of Fleetwood Mac’s Go Your Own Way, and a performance of his own track Love Don’t Hate Me in the new video, and sat down to talk about the characteristics he admires most about vintage gear.

“Vintage to me is all about history, stories, they’ve been somewhere they’ve been places, seen things, known people and stories have been created on them, with them. I kinda enjoy adopting those things and furthering those stories,” he said, holding the Thinline Tele. “I think that’s what it’s all about. The more these instruments are used and played the more they kind of have to say, it seems.”

He also described how he finds his ideal guitar, stating: “The look of a Tele, but the look of all my favourite guitar shapes are one of the first things that draw me.

“The guitar I wanna pick up the most in any shop is the one that when I hit it, [he strikes the strings] like that, and I hold the body – if I can feel it, and I can feel the wood shaking there [he holds the base of the guitar] and the feel the wood shaking up the neck – the guitar in the shop that does that the most is the one I’m most interested in walking out with.”

You can watch the video below to hear Bay discuss his musical influences, and see him perform the two tracks below:

Fender released its American Vintage II range back in October, you can shop the full collection at Fender.com.