The most metal pasta there is. 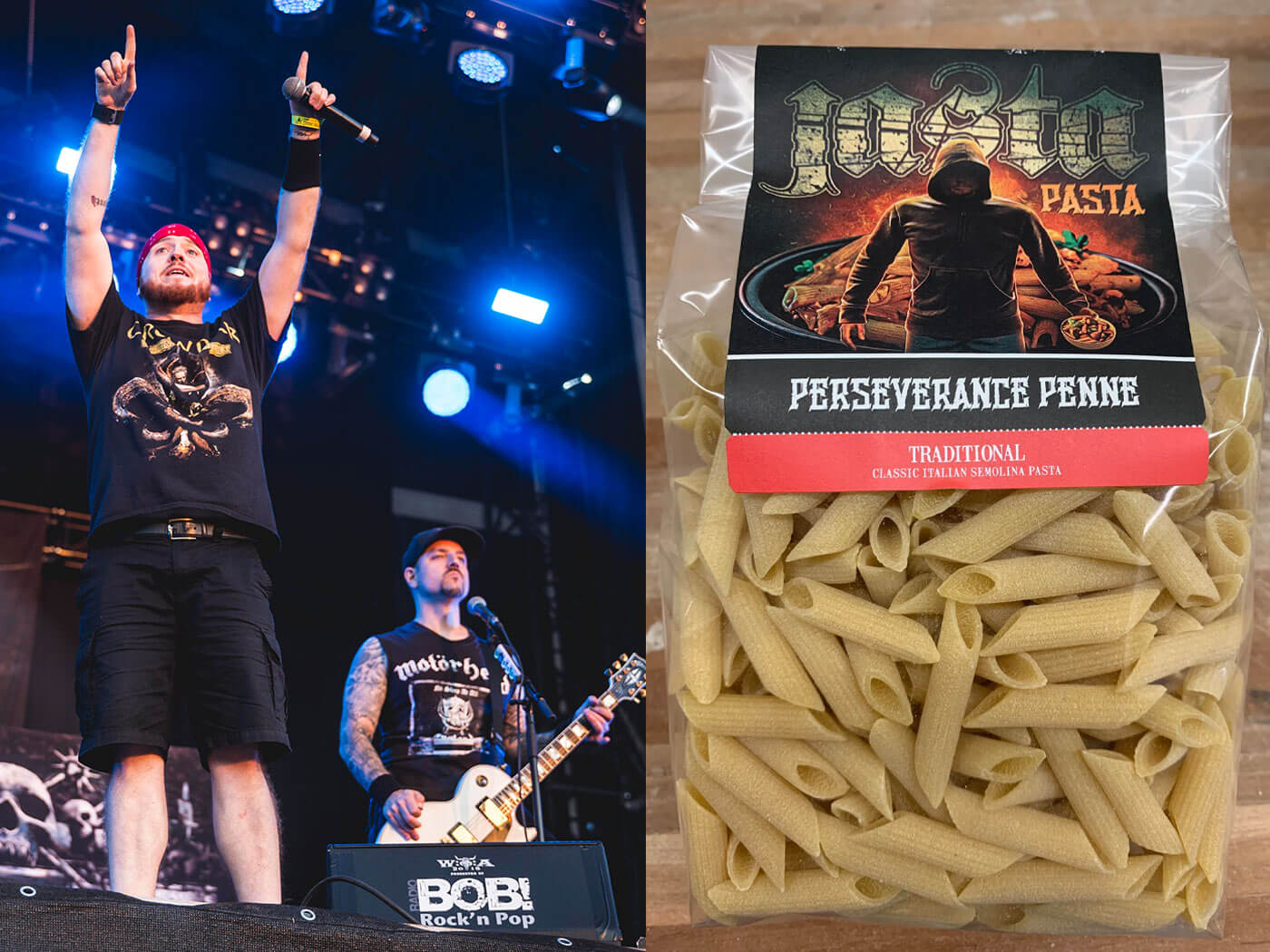 Jasta’s pasta brand, Jasta Pasta, uses flour “sourced from North Dakota where some of the highest-quality Durum Semolina wheat is grown”. The brand has launched only with “Perseverance Penne,” however in an Instagram post announcing the launch, Jasta suggested the possibilities for alliterative or rhyming punk, metal and hardcore pasta shapes could be endless. Suicidal (Tendencies) Spaghetti anyone? Or how about Corpsegrinder Capellini? Randy (Blythe) Rigatoni perhaps?

“My Perseverance Penne is the bomb and this is the first of many great pastas to come!” Jasta wrote.

Jasta’s encouraging quote on the back of the pasta packet reads “This pasta, it fuels me. The flavour, excites me. The texture is perfect, it makes me rock harder!!”

In any case, it’s certainly not the first time a frontman’s suddenly made the leap into seemingly unrelated merchandise, but time will tell as to whether Jasta’s proposed trend catches on.

The pasta is available to preorder here, for $6.99 a bag. Shipping is expected to begin on 21 September. For more music news, click here.