Jen Majura “still in shock” over Evanescence firing, thought it was a “bad joke” at first

Guitarist Jen Majura has opened up about her recent exit from Evanescence, stating that she thought the whole thing was a “bad joke” at first and that she’s still “in shock” about the firing. READ MORE: Evanescence splits with guitarist Jen Majura after seven years In a recent interview on Ola Englund’s Coffee With Ola YouTube […] 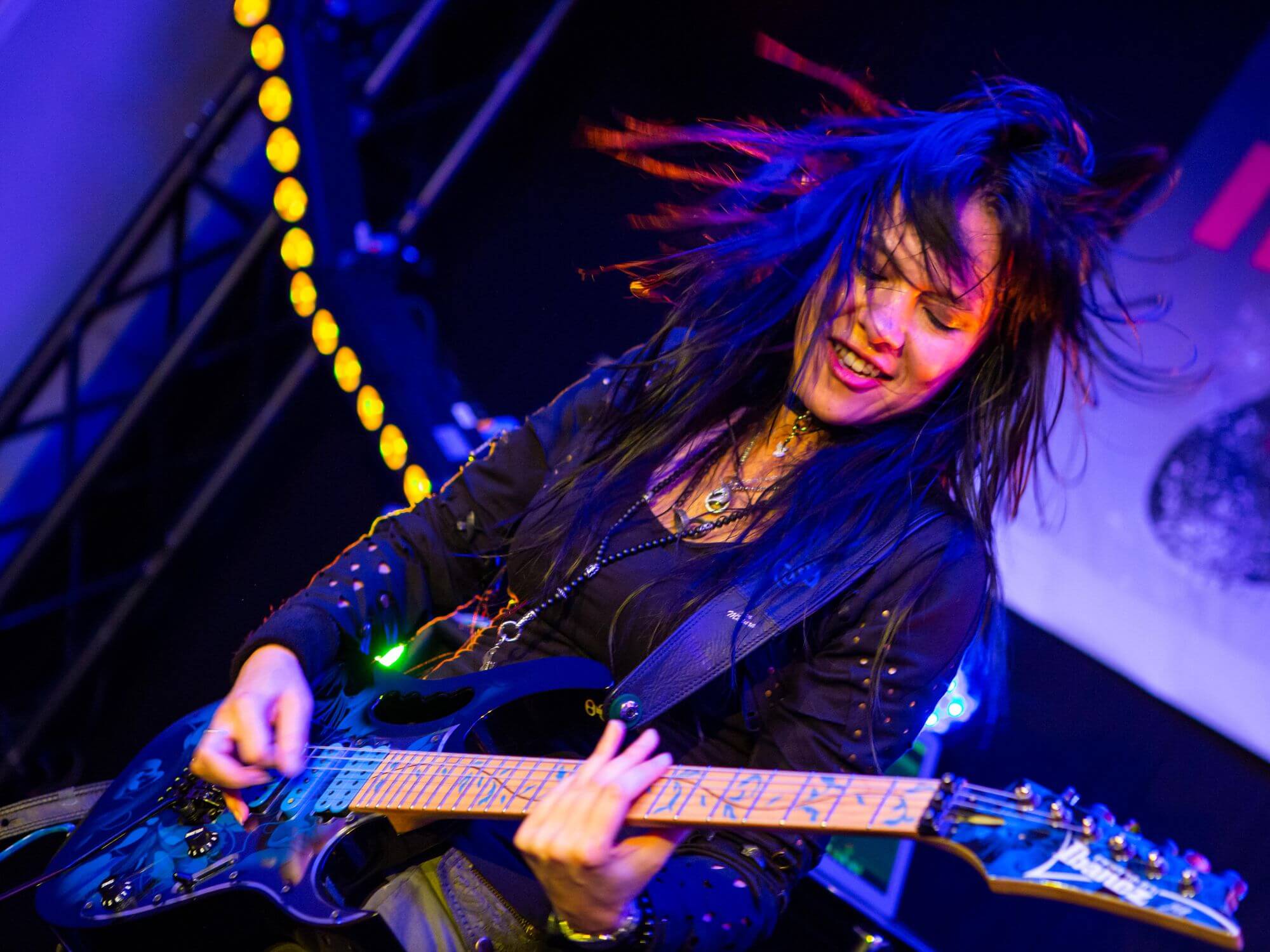 Guitarist Jen Majura has opened up about her recent exit from Evanescence, stating that she thought the whole thing was a “bad joke” at first and that she’s still “in shock” about the firing.

In a recent interview on Ola Englund’s Coffee With Ola YouTube show, Majura talked about her departure from Evanescence, comparing it to a divorce and revealing that she is still “hurt” by the move.

“I believe, honestly, that’s like three weeks now since I got the news, and I’m still in this blurry, oblivious momentum,” she said. “I guess I’m still in shock, kind of, because after being married six years, all of a sudden you’re divorced.”

When asked about how she was informed of the news, Majura replied: “Honestly, I was cleaning my apartment, and I got the phone call. And first of all, I was, like, ‘Is this a bad joke?’ And I remember, after I got the news, I hung up, and I have this hallway in between my studio and my living room, and I just lay there on the floor, staring at the ceiling, wondering what that was, and literally looking over to my suitcase that I had already started packing, because I was two weeks from going out on the road until pretty much the end of the year.”

The guitarist also shared that while she has already received offers to join other bands, she prefers not to jump into things for now and would like to focus on her own music.

“I would like to consider, but not now, not yet. Because I feel like it would be not a nice move if I played the okay person when I’m still processing. I’m not ready to jump into the next marriage right now,” said Majura.

“To be really honest, what I wanna do right now is, first of all, focus on me and my music again. Because what I realize is that you, when you… It’s difficult to say… I feel like I lost a little bit of my music inside of me during these past years, because… What I right now do, what I right now want to do is I wanna reconnect with myself and feel and hear and play my music again.”

“And who knows? The plan is, so far — you heard it here first — I’m gonna write my third solo album,” she teased.