Joe Bonamassa on the “insane” experience of jamming onstage with Eric Clapton: “I was shocked to find out that he knew who I was”

Bonamassa performed with Clapton at the Royal Albert Hall in 2009. 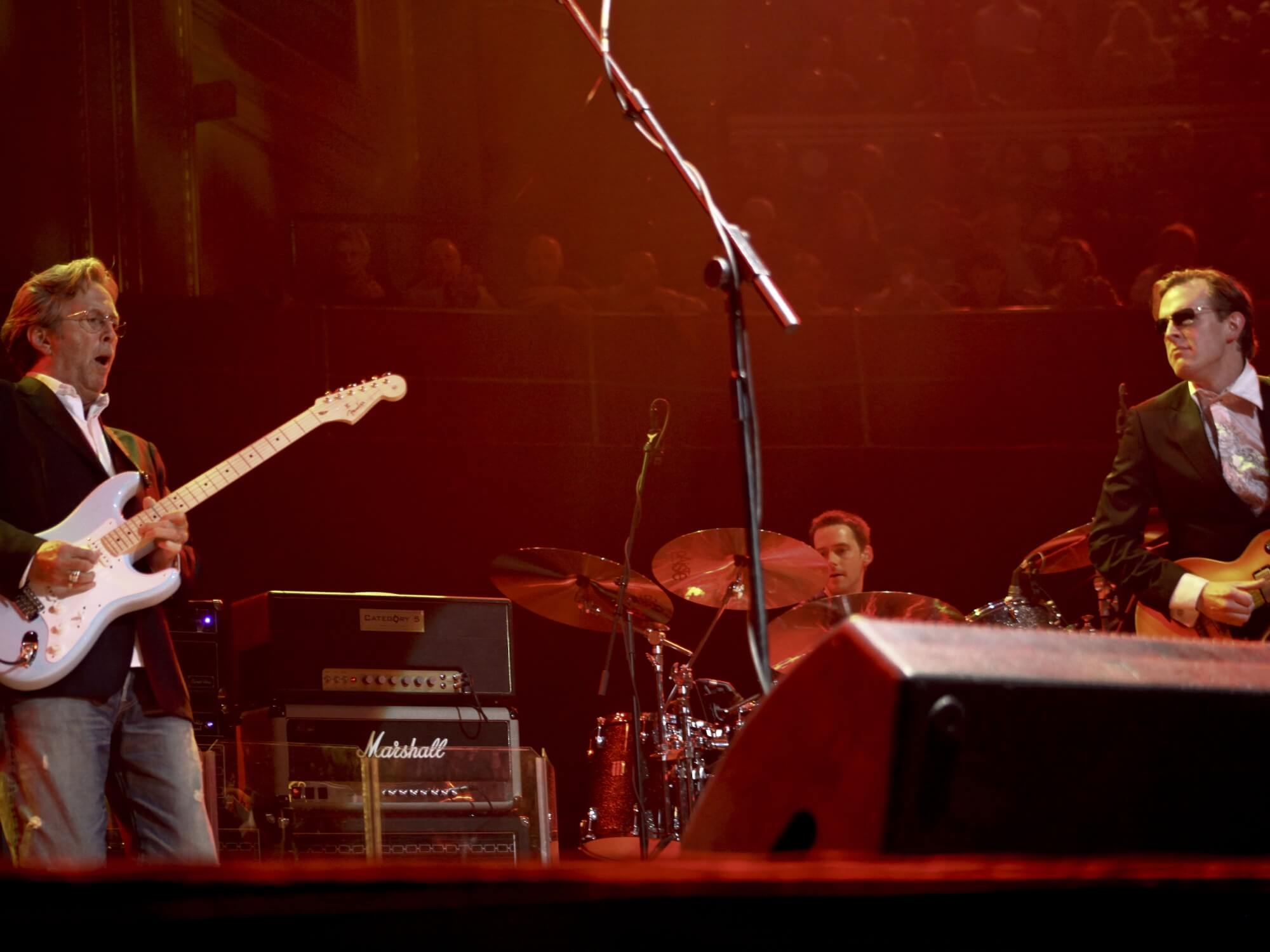 Joe Bonamassa has paid tribute to Eric Clapton, describing the feeling of sharing the stage with the blues legend “insane”.

In a new Rock ‘N’ Roll Hall Of Fame interview, Bonamassa shared his feelings on taking to the stage with Clapton at their Royal Albert Hall performance in 2009. “It was insane,” he said. “I was shocked to find out that he knew who I was.”

Bonamassa went on to praise Clapton’s tone, describing the simple rig Clapton used to bring his ’60s sound to life. “He showed up with a brand-new Custom Shop Strat – it was an Eric Clapton model. Daphne Blue. And he had a brand-new ‘57 reissue tweed [Fender] Twin… And a Monster cable.

An upcoming remastered vinyl box set featuring remastered versions of Money and Cigarettes as a single LP, and Behind the Sun, August, Journeyman, From the Cradle, and Pilgrim as double LPs as well as a disk with rarities from Clapton’s 80s and 90s period titled the Complete Reprise Studio Albums Vol. 1 box set will be released on 30 September.

Joe Bonamassa is to appear on Jimmy Hall’s first solo album since 2007, Ready Now, which will be released on 16 September. Bonamassa cowrote five tracks for the album in Jumpin’ For Joy, Risin’ Up, Holding On For Dear Love, A Long Goodbye, and Will You Still Be There, and also contributed guitar solos to those songs.