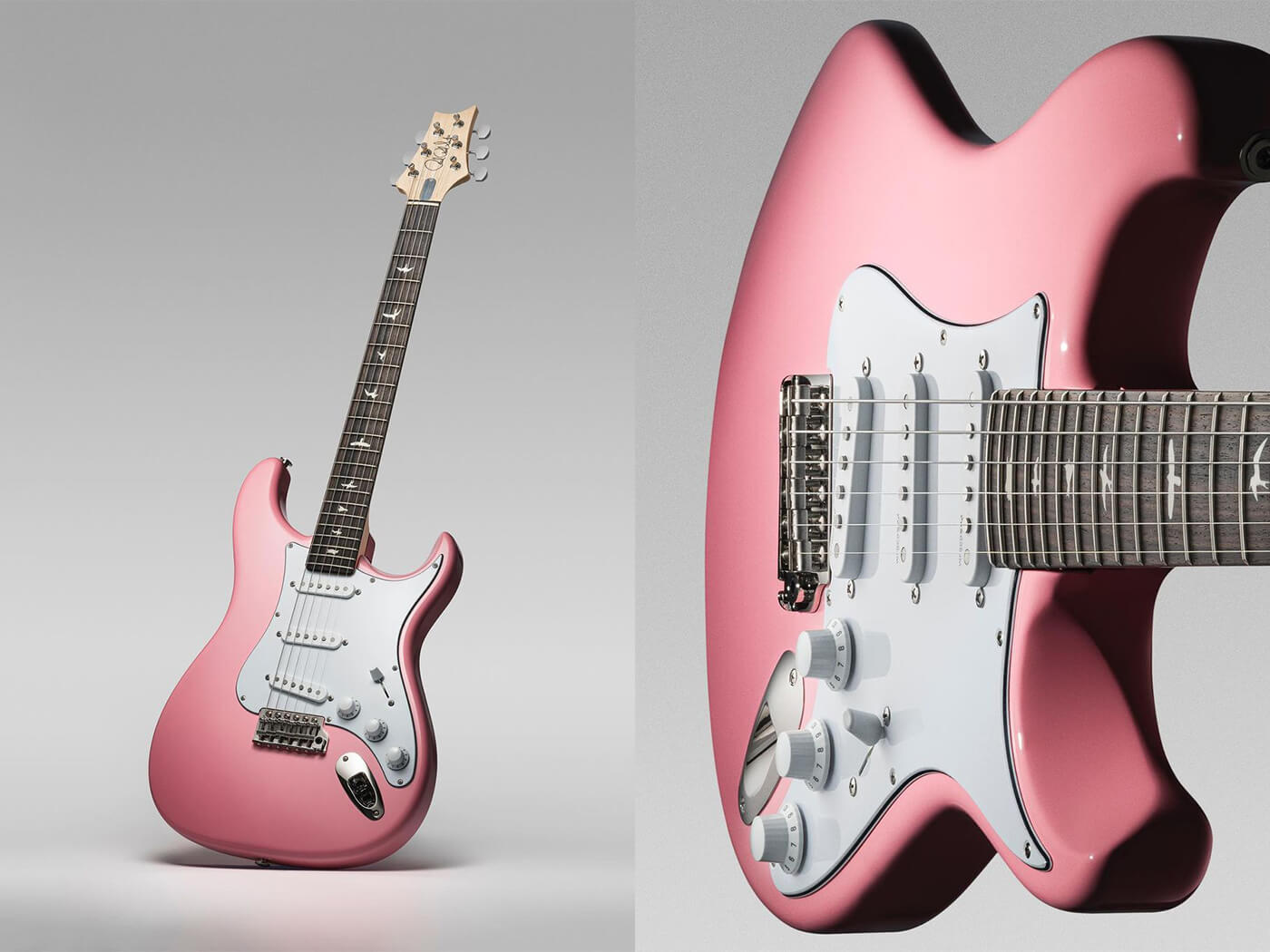 John Mayer has confirmed a Roxy Pink edition of his PRS Silver Sky signature electric. The guitar was first spotted during the debut performance of the musician’s latest single Last Train Home on Jimmy Kimmel Live!.

Mayer confirmed the guitar in an Instagram post earlier today (9 July), where he also shared several images of the instrument, accompanied by a brief statement.

The Roxy Pink edition of the Silver Sky is paired with a rosewood fingerboard decorated with small bird inlays and the same features as previous editions.

The Strat-style guitar features an alder wood body and maple neck, fitted with a bone nut and a double action truss rod. Its electronics include a trio of 635JM single-coils, routed to a single volume knob, two tone controls and a five-way selector.

Hardware includes a PRS steel tremolo and vintage-style locking tuners, both in nickel.

According to the PRS website, Roxy Pink appears to be a permanent entry to the the PRS Silver Sky’s existing range of colours. It also looks to be the only one without a maple fretboard alternative. The guitar also comes in eight other finishes, including Dodgem Blue, Moc Sand Satin and Tungsten.

Several special editions of the guitar have been released in the past, including one in an iridescent Lunar Ice finish. That particular model was notoriously hoarded by scalpers, who inflated resale prices so drastically that Reverb and PRS stepped in.

In other John Mayer news, the eighth studio album from the musician, Sob Rock, is due to arrive next Friday (16 July). Mayer recently discussed the album’s 80s-influenced sound, saying he’s had the idea to “make a new record from archival cloth” for quite some time now.