We gear up for the release of Mayer's eighth studio record. 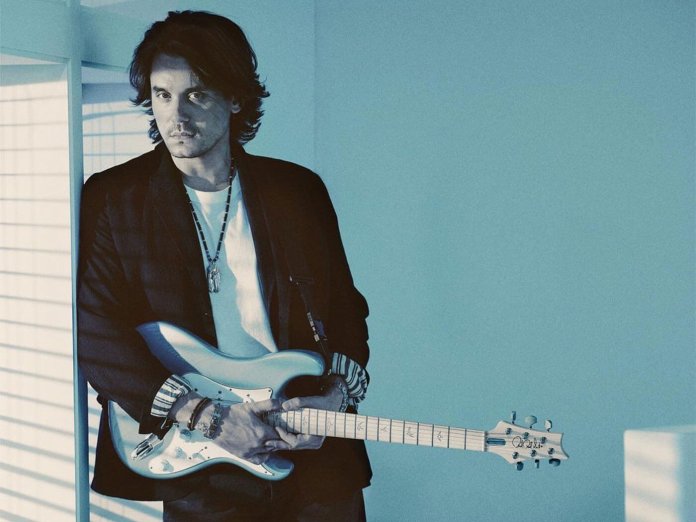 John Mayer’s latest solo album has been on the horizon for a while, but we finally have some concrete details. Entitled Sob Rock and set for release this summer, it will be his eighth main solo studio album, following on from 2017’s The Search For Everything.

While Sob Rock has just recently been officially announced, the album has been for some time – mainly on Mayer’s newly founded TikTok account. He said directly in a video posted to the platform: “My album is recorded, mixed and mastered. I’ve just been chilling and sharing it with friends for the past couple of months.”

He also posted a few short snippets of a new 1980s-inspired song, Last Train Home, out now. This was his new music since his 2019 standalone single Carry Me Away.

When will Sob Rock be released?

Sob Rock will arrive on 16 July, as Mayer confirmed in the minimalistic album announcements on social media. These posts also shared the album cover, which you can see below.

When will we know Sob Rock‘s tracklist?

While we now have some more concrete details about Sob Rock, we’re yet to be told its full tracklist. With the promise of “details” this Friday, it was possible we were going to get a tracklist alongside the release of Last Train Home. However, it looks like we’ll have to wait a little longer before we get a full tracklist.

Last Train Home has a distinct 1980s soft rock vibe to it. Speaking to The Wall Street Journal, Mayer revealed that the single was inspired by the “security blanket” of his nostalgia for 1980s music. I asked myself, ‘What music makes me feel like everything’s going to be OK?’ ” he said. “And it’s the music I listened to growing up in the ‘80s. There’s a security-blanket aspect about that sound that reminds me of a safer time.”

You can see the official video for Last Train Home below.

While determining anything further from this one track is hard, the album title and cover indicate that the LP as a whole will tend towards this 1980s soft rock sound.

In a new Instagram Reels video posted on 6 June, Mayer played the bluesy solo of Last Train Home over a mix that omitted the lead guitars and vocals – check it out below:

In addition to this, Mayer’s also shared a new acoustic version of the song, featuring just him and a guitar for a solo-less take on the track. He took to this video’s caption to thank fans for their response to the single so far, writing: “I decided to take the new song for a spin on acoustic guitar. I can’t thank you enough for embracing this track the way you have. It makes me even more excited for you to hear the album.” Hear it below:

Is there a new hot pink PRS Silver Sky in the works?

The hot pink PRS Silver Sky that Mayer used in the official video for Last Train Home fuelled speculation that the signature guitar would soon come in the bold new finish. But while there hasn’t yet been an announcement from PRS, the hot pink guitar made a reappearance in a more recent filmed live performance: on 9 June, Mayer brought it out when he performed Last Train Home on Jimmy Kimmel Live!

You can watch the set here: