Arriving in October of this year, and with an accompanying UK tour to follow. 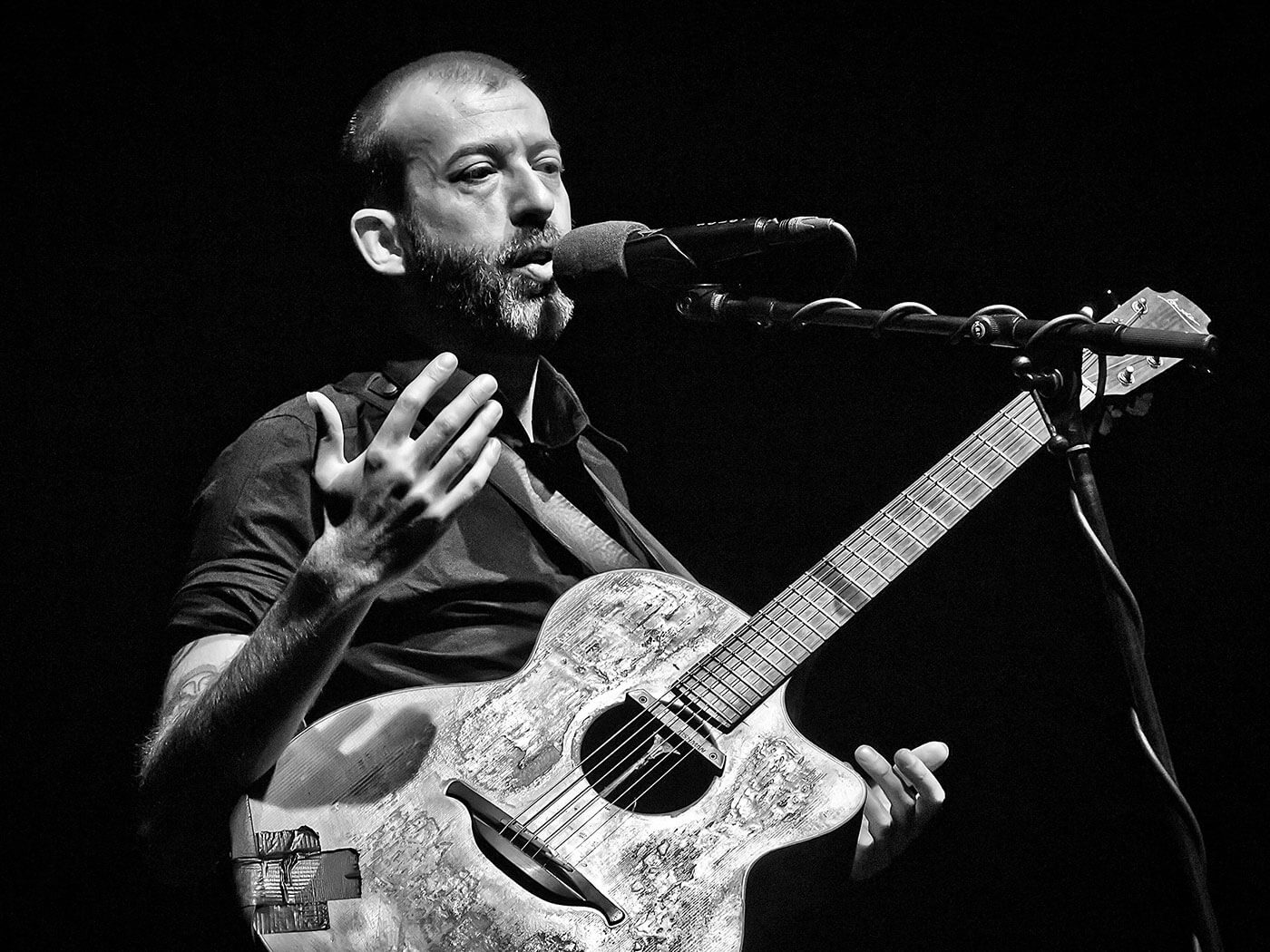 Acoustic guitar virtuoso Jon Gomm has announced a new studio album, entitled The Faintest Idea – as well as an accompanying UK tour for late 2020 and early 2021.

The album is produced by Australian musician Andy Sorenson, who also provides synth parts for the record, contrasting with Gomm’s acoustic playing. Gomm said of Andy’s contributions to The Faintest Idea: “Andy has taken my raw, intimate solo acoustic performances, and placed them in an artificially expanded landscape of his own creation. I feel like I’m playing a gig, but the venue is a synthetic reality dreamworld. I strum a chord, and it bounces off a cyan cloud releasing a shower of notes, I hit another, and it echoes through a crystal chamber.”

Gomm also explored how the album came about after a time of personal upheaval: “This album has been a long time coming. I tend to write in a really painstaking way. The last few years of my life have involved a lot of personal trauma – from me and my wife losing a pregnancy, through to losing other people in my life.”

The Faintest Idea will be released on 16 October 2020. The accompanying tour will kick off in December 2020 – the full list of dates is below:

The announcement follows the news that Gomm had signed to Kscope records – he had previously worked as an independent artist. He said of the deal at the time: “After my own internal battle like when Clarke Kent fights a drunken Superman clinging to his old powers, I had to admit to myself that a big part of my working alone was that I was scared of being rejected. And because of that I’d fostered a lot of mistrust, to protect myself. I realised that it’s not compromising my ethics to work with other independents who can help me. And maybe it was time to finally grow up.

“As soon as I mentioned to friends I was looking for a label, Kscope came up twice – once from Dan Tompkins (Tesseract), and once from someone who works in music promotion, and they both thought it would be a good home for me.”