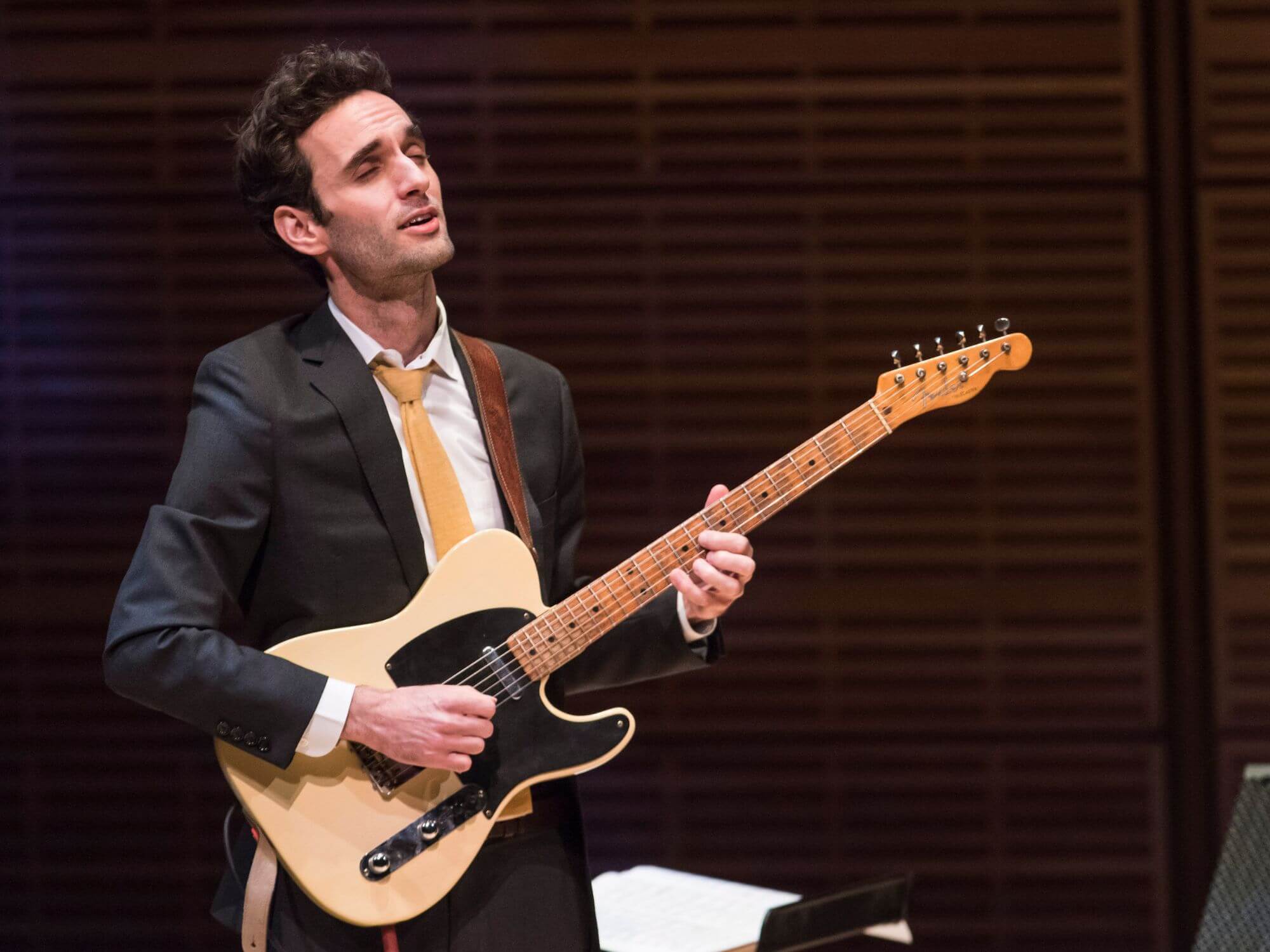 Julian Lage has revealed his clever and somewhat quirky method of travelling by plane with his electric guitar in a recent interview.

The jazz prodigy was speaking with Cory Wong on the Wong Notes podcast, where they discussed the art of travelling with guitars on tour. Wong recounted the flight the two shared with jazz virtuoso Bill Frisell in Norway, in which Lage and Frisell carried around “blueprint holders… like a couple of architects” to lug guitar necks.

Lage revealed that the peculiar technique was an idea he shared with Frisell, when the veteran jazz guitarist asked about his Lage’s preferred flight case.

“About a week after he got his, I was like, ‘You’re gonna kill me, but the really cool thing to do is just unscrew your neck, and then throw both of them in a backpack,’” Lage said, before clarifying that they now use blueprint holders to keep their guitar necks, while bodies go into a backpack.

Lage was unabashed about his travel methods. “Cory, it was so easy… You get to your gig, and you screw it on, put the strings on, and you’re done,” he asserted, before name-dropping a number of big names who have adopted the same technique, namely Danny Gatton, Roy Buchanan and Bill Kirchen.

Elsewhere in the interview, the two discussed Lage’s strained relationship with pedals. While he expressed admiration for peers who have used pedals “so intentionally”, he did not hesitate to highlight his reservations.

“There’s been occasions where I go, ‘Okay, this is it. I’m gonna go get a loop pedal, or I’m gonna get an overdrive,’” he said. “And pretty much every time without fail, there’s kind of an immediate disconnect for me… it always feels like it takes away the connection between the touch on the guitar and the sound.”