Watch: KK Downing performs with Judas Priest for the first time in 11 years

The guitarist was replaced in the band by Richie Faulkner in 2011. 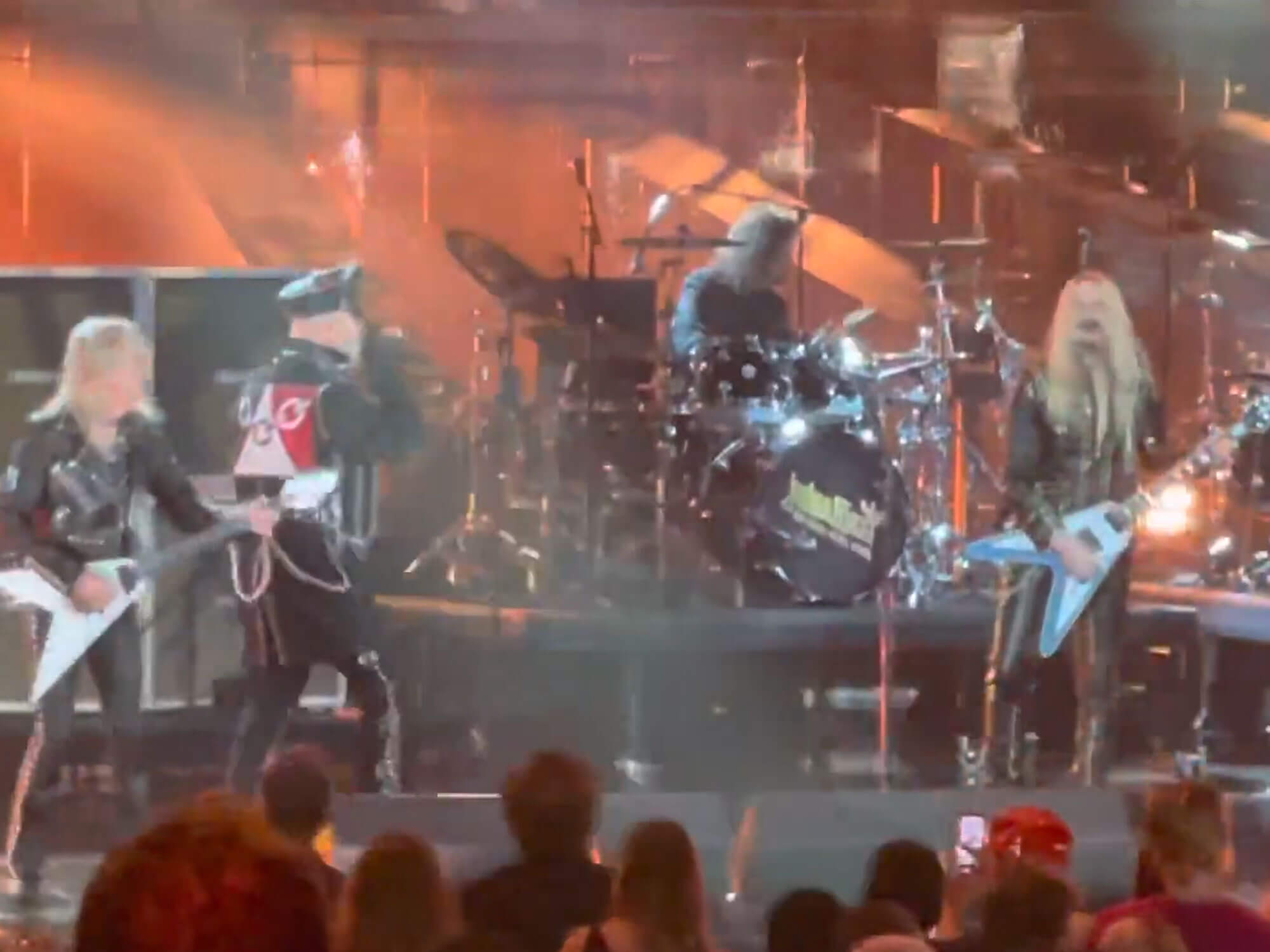 KK Downing has stepped on stage with Judas Priest for the first time in over a decade as part of the Rock & Roll Hall of Fame induction ceremony.

The group performed three songs together at the gig in Los Angeles on Saturday night, including You’ve Got Another Thing Comin’, Breaking the Law, and Living After Midnight.

The band is currently made up of frontman Rob Halford, bassist Ian Hill, guitarists Richie Faulkner and Glenn Tipton and drummer Scott Travis.

Rock Hall marks the first time Downing has played in the band with Faulkner, his successor.

Travis was also joined by drummer Les Binks for the three-set performance, who played in the group from 1977 to 1979.

The English heavy metal band first got together in 1969 and released their debut album, Rocka Rolla, in 1974. The band originally consisted of Al Atkins, John Perry, Bruno Stapenhill and John Partridge before Downing and Ian Hill both joined the band in 1970. Halford joined in 1973.

According to Ultimate Classic Rock, Downing revealed in 2018 that he’d left the band due to weakening relationships with the other members.

He said: “I guess it’s the same with any long term relationship – whether it’s a husband or wife, or father or son or whatever – you spend enough time together, and idiosyncrasies show up.

“I guess there was no particular right or wrong – some people have more tolerance than others, and it takes a bloody miracle really to stay together for 40 years.”