“Waited so long that I wrote down this song – I’m getting vaccinated.” 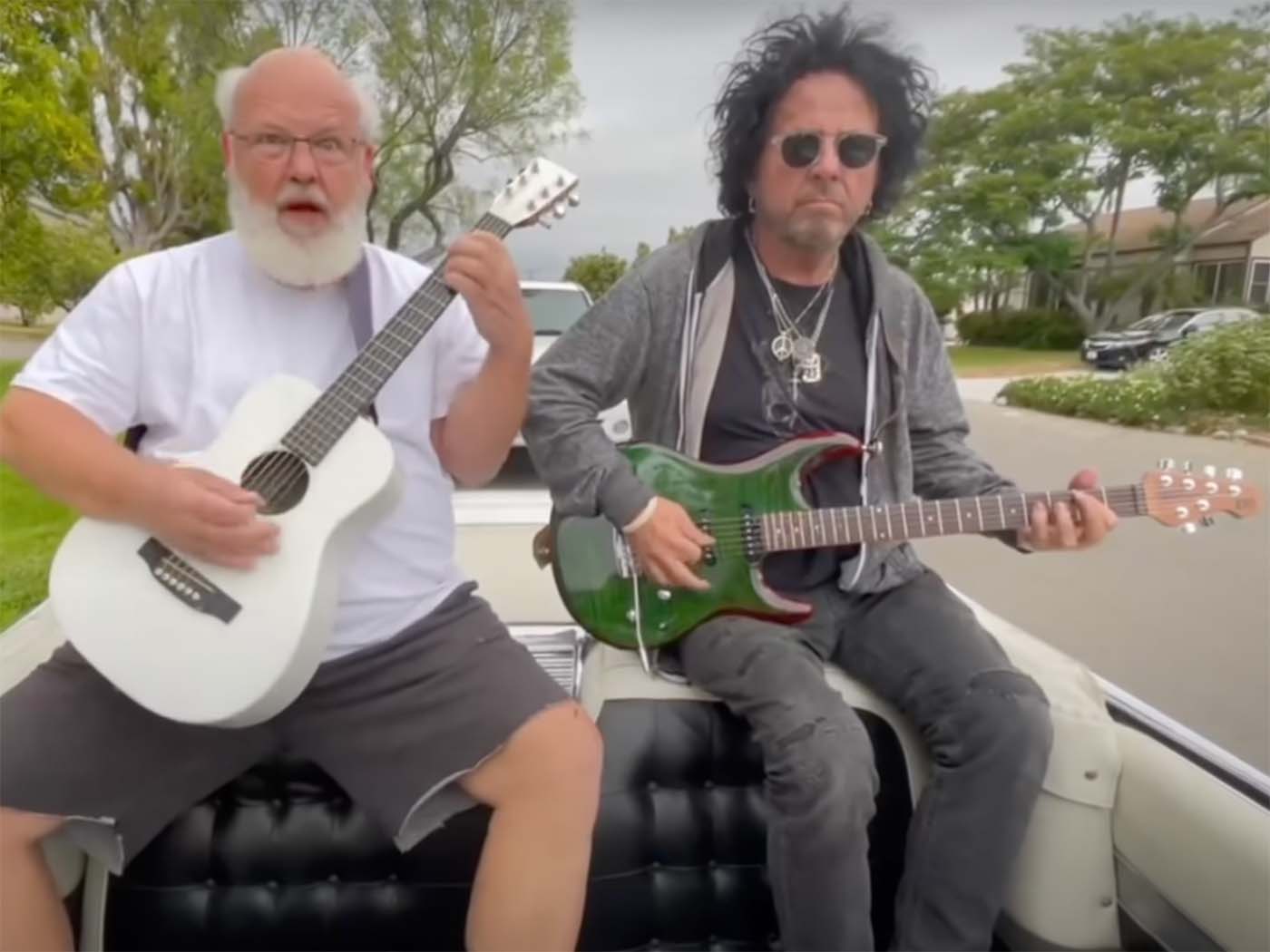 Kyle Gass has released a new song entitled Vaccinated that spoofs The Ramones’ iconic I Wanna Be Sedated – and he’s managed to rope in Tenacious D bandmate Jack Black, Toto’s Steve Lukather and Evanescence’s Amy Lee to appear in the music video.

In other Lukather news, the guitarist recently released a solo album, I Found The Sun, that he said “sounds like a bunch of old fuckers in a room playing music the way it’s meant to be”.

“I see a lot of people spending a lot of time perfecting their linear technique, speed and scales and emulating their heroes,” Lukather told Guitar.com.

“There’s nothing wrong with learning the technique – fuck, I’m astounded by the dexterity. However, it’s become like a magic trick, but when everyone knows how to do it it’s not magic anymore. It’s amazing, flawlessly executed – but where are the tunes?”