Lars Ulrich on the possibility of playing alongside Rush: “It would take a lot of rehearsal… 2112 would probably be too much”

The drummer also explains why his lack of collaborations with other musicians is the key to Metallica remaining ‘functional’. 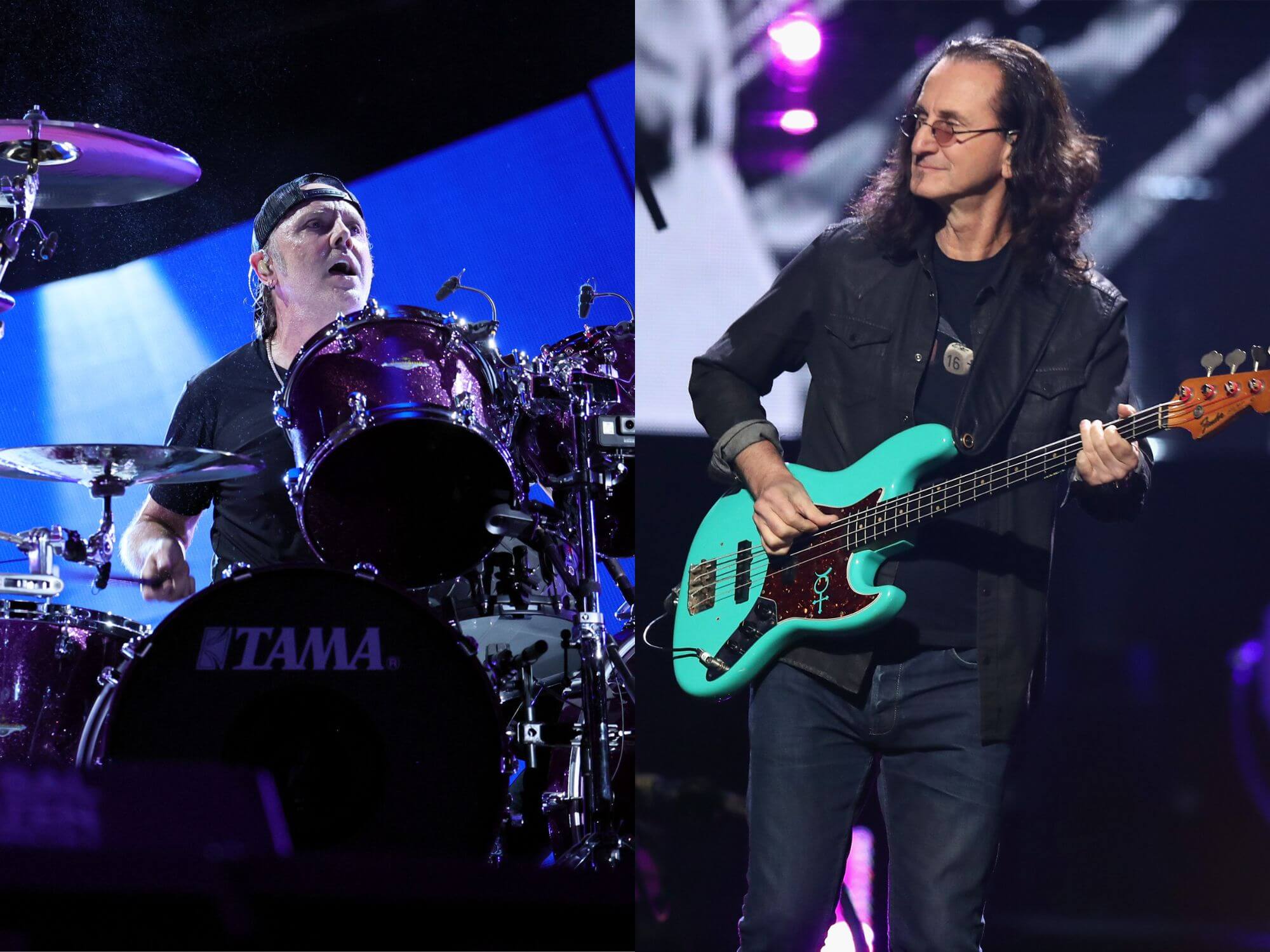 Lars Ulrich has discussed the probability of him performing live alongside Rush’s Geddy Lee and Alex Lifeson, claiming that he is open to the idea but would need to practice in order to keep up with some of their tracks.

Taking place on SiriusXM’s The Howard Stern Show, the discussion arose as the Metallica drummer recalled his time performing AC/DC tracks alongside Dave Grohl and Brian Johnson at the Taylor Hawkins tributes earlier this year.
It was here that Ulrich was asked whether he would be willing to perform alongside Rush members if a similar event were to arise – to which he hinted that he would be tempted to turn down the offer due to the difficulty of the band’s discography.

“Playing those AC/DC songs is right in my wheelhouse. I love Rush, [but] if they had said, ‘Come up and play 2112 with Alex and Geddy’, I’d go: ‘I think there’s somebody more qualified to do that than me.’”

He continues, “Could I do it? Obviously, playing with Alex and Geddy would be incredible. [However,] it would be an uphill thing. It would take a lot of rehearsal. A lot of prep. 2112 would probably be too much of a bite of the apple for me.”

Elsewhere in the discussion, the musician also elaborated on why he is often reluctant to perform with musicians outside of Metallica and explained that this is a choice that helps keep the band ‘functional’.

“I think a big part of the fact that Metallica, forty-one years in, is still as functional as we are is because we just haven’t strayed a lot,” he explained to the show’s host.

“Straying outside of the Metallica world is not the most comfortable thing for me. I think a big part of why we just love staying inside the Metallica universe is because there’s that safety in numbers, and we just support each other.”