Machine Gun Kelly says people have called him a “tourist” in the rock community: “They’re wrong – I’m a rocket man”

MGK spoke out against critics at the American Music Awards. 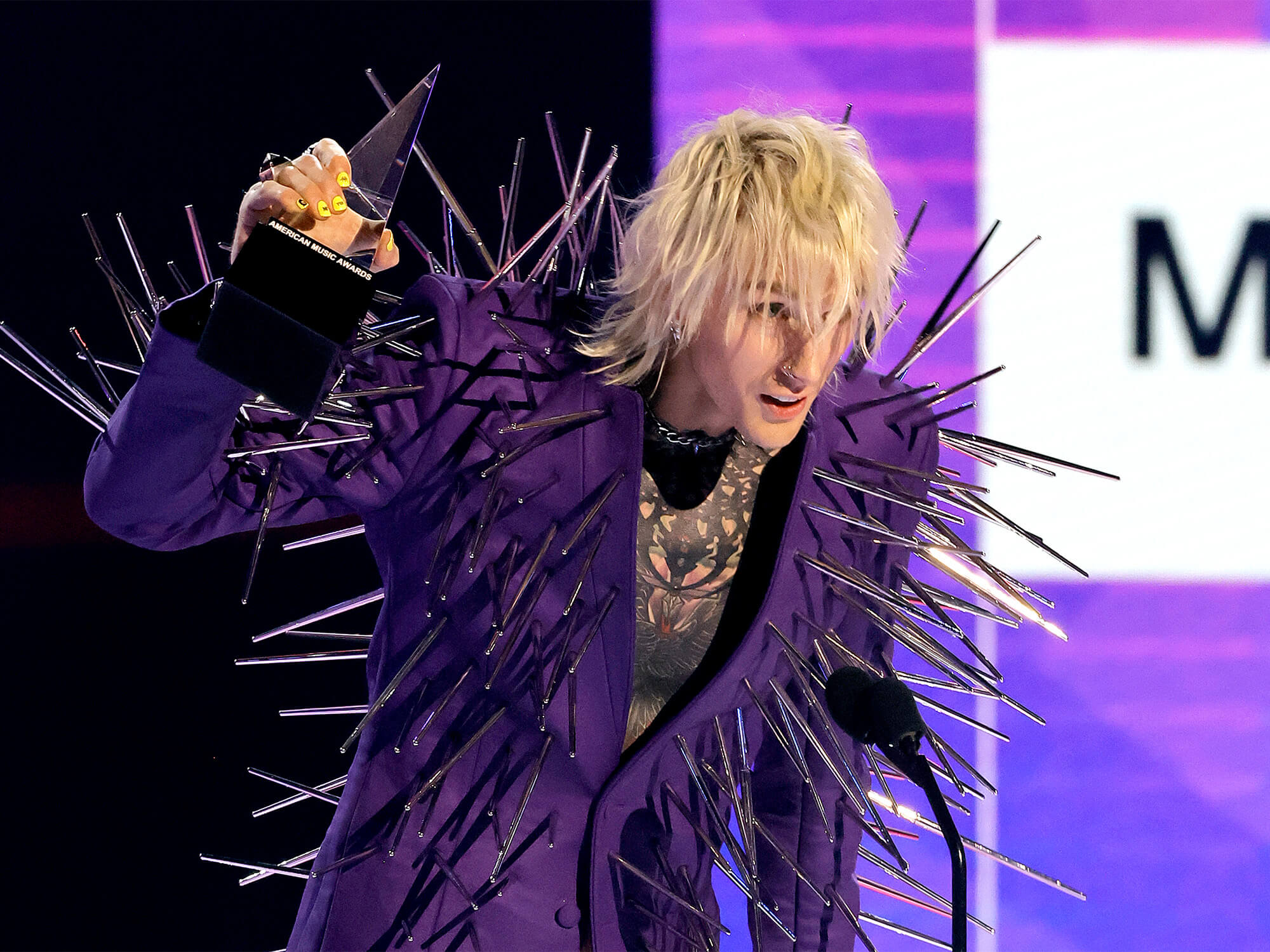 Machine Gun Kelly has responded to critics who’ve branded him a “tourist” in the rock genre whilst accepting his award for Favorite Rock Artist at the American Music Awards (20 November).

The rocker, who converted from rap to pop-punk, won the award for the second year running, and chose the moment to speak out on those who criticise his credibility as a rock musician.

“There have been some people in the rock community who called me a tourist, but they’re wrong – I’m a rocket man,” he claimed after thanking his fans. “We weren’t born on the moon but we looked at it and we were curious and then we went there… supposedly, and these two rock albums were me going to the moon.”

He went on to add, “But I’m not done exploring the universe yet, and I am all genres.”

Watch the moment below:

Many rock and metal fans will remember the feud between MGK and Slipknot’s Corey Taylor earlier this year after the Bloody Valentine singer slated the band following a disagreement over a collaboration together. He said, “Hey, you wanna know what I’m really happy that I’m not doing? Being 50 years old wearing a fucking weird mask on a fucking stage,” whilst performing at Riot Fest.

Since then MGK has spoken of his regret for the situation in his Disney+ documentary Life In Pink where he said, “That situation’s unfortunate because I think both of us let our egos get in the way. You know, I was a fan of Slipknot. I was a fan of Corey… He obviously had mutual respect, too, because he cut a verse.”

However, those watching the AMAs felt there were similarities between Kelly’s spiky suit and Craig Jones’ Slipknot mask.

Since releasing his first pop-punk album, Tickets To My Downfall in 2020, MGK has collaborated with artists such as Willow, Yungblud, Bring Me The Horizon, and Blink-182’s Travis Barker. He’s even landed his own signature model with Schecter.

MGK will be playing two shows in the US during December, and a third is listed for February. Find out more at machinegunkelly.com.