His first words after being taken off the ventilator were “Has anybody seen my glasses?” 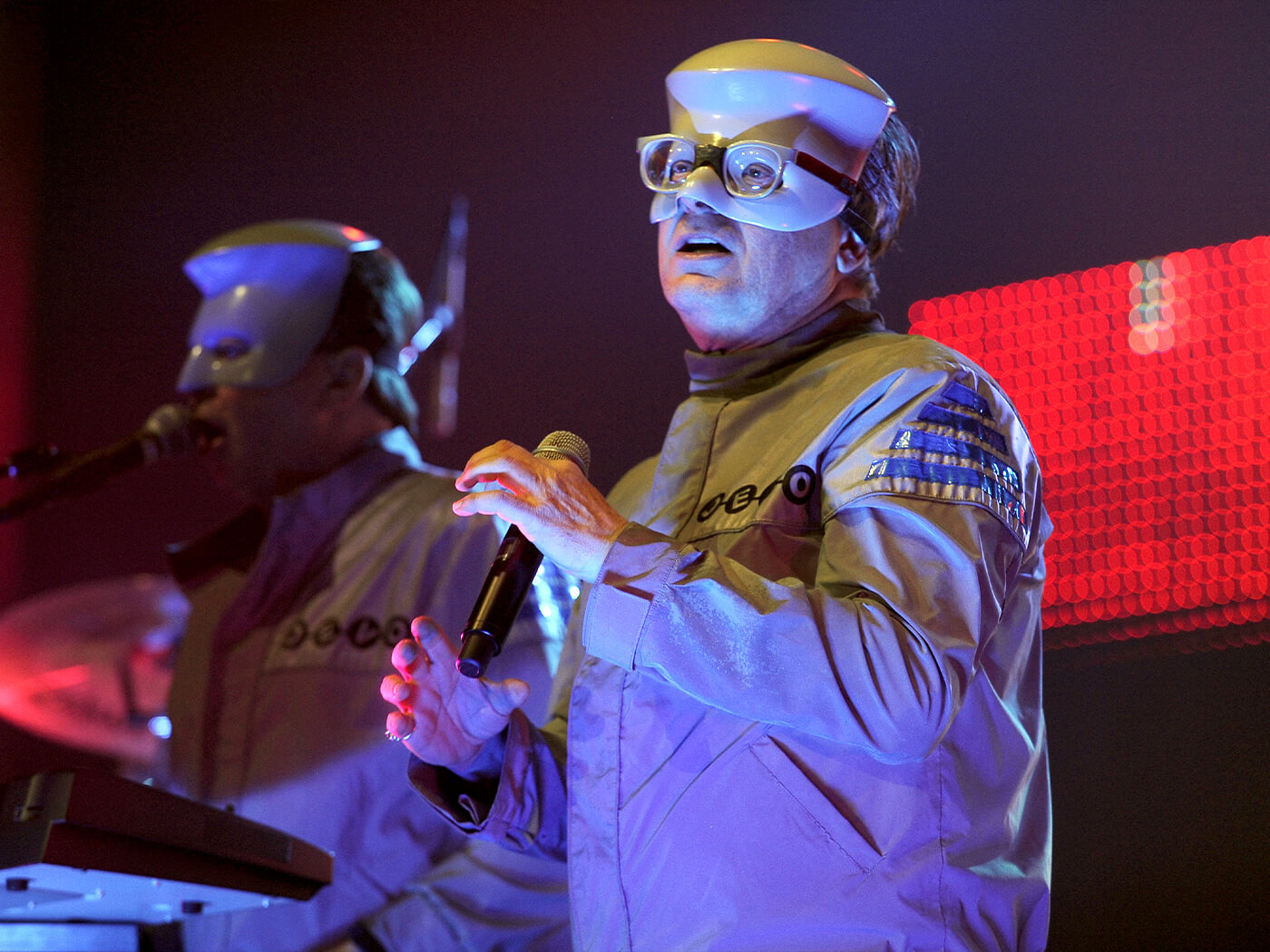 Devo’s Mark Mothersbaugh has opened up on his experiences with COVID-19, saying that he went through bouts of vivid delusions while recovering from the disease in hospital.

In June, Mothersbaugh spent 10 days on a ventilator in Cedars-Sinai hospital in Los Angeles. According to the LA Times, the Devo singer had contracted the disease from frequent travel between his home, offices and studios in late May. After testing positive, he insisted on self-isolation, in order to protect his family.

Mothersbaugh initially believed his symptoms were due to exhaustion, until his temperature registered at 103ºF (39.4ºC). After informing his wife, Anita Greenspan, who at the time was away at Palm Springs, CA along with their two teenage daughters, she immediately began making several phone calls.

“A nurse came over the next morning and said, ‘You should be in ICU,’ ” Mothersbaugh told the LA Times. “I said, ‘That’s ridiculous.’ She replied that she’d been a nurse for three decades: ‘You need an ambulance right now.’”

The 70-year-old musician reported suffering from hallucinations while recovering from the illness. In one bout, he believed that he had been assaulted while visiting one of his regular haunts in downtown LA.

“There’s a bookstore I love where I get stationery supplies and in my mind I had been there,” he said. “I was convinced for about two weeks that I had been hit by a brick by somebody in Little Tokyo.”

“I felt blood from being hit. I was handcuffed to a parking deck downtown. I had this whole elaborate story of how these kids sold me to an ambulance company that then got some sort of payment for delivering COVID patients to their ICUs. I totally believed it.”

While fighting for his life, Mothersbaugh also said that he conjured up an entire new Devo album, hallucinating himself performing it on the streets of Hollywood with the band through the use of augmented reality technology. “We were standing on top of these projections, which were growing somehow,” he explained.

According to Greenspan, the Devo singer’s first words after being taken off the ventilator were: “Has anybody seen my glasses?”

Offering his thoughts on the people who doubt the reality of the COVID-19, Mothersbaugh said: “Everything’s become more devolved than I would have imagined possible. For anybody that’s doubting whether the coronavirus and COVID-19 is real, it’s really real.”

In other coronavirus news, reggae legend Toots Hibbert was placed under intensive care today (1 September), awaiting the results of a COVID-19 test. His family said that he was “showing signs of improvement by the hour”.