“It’s a challenge to be that frontman and that entertainer that I’m not.” 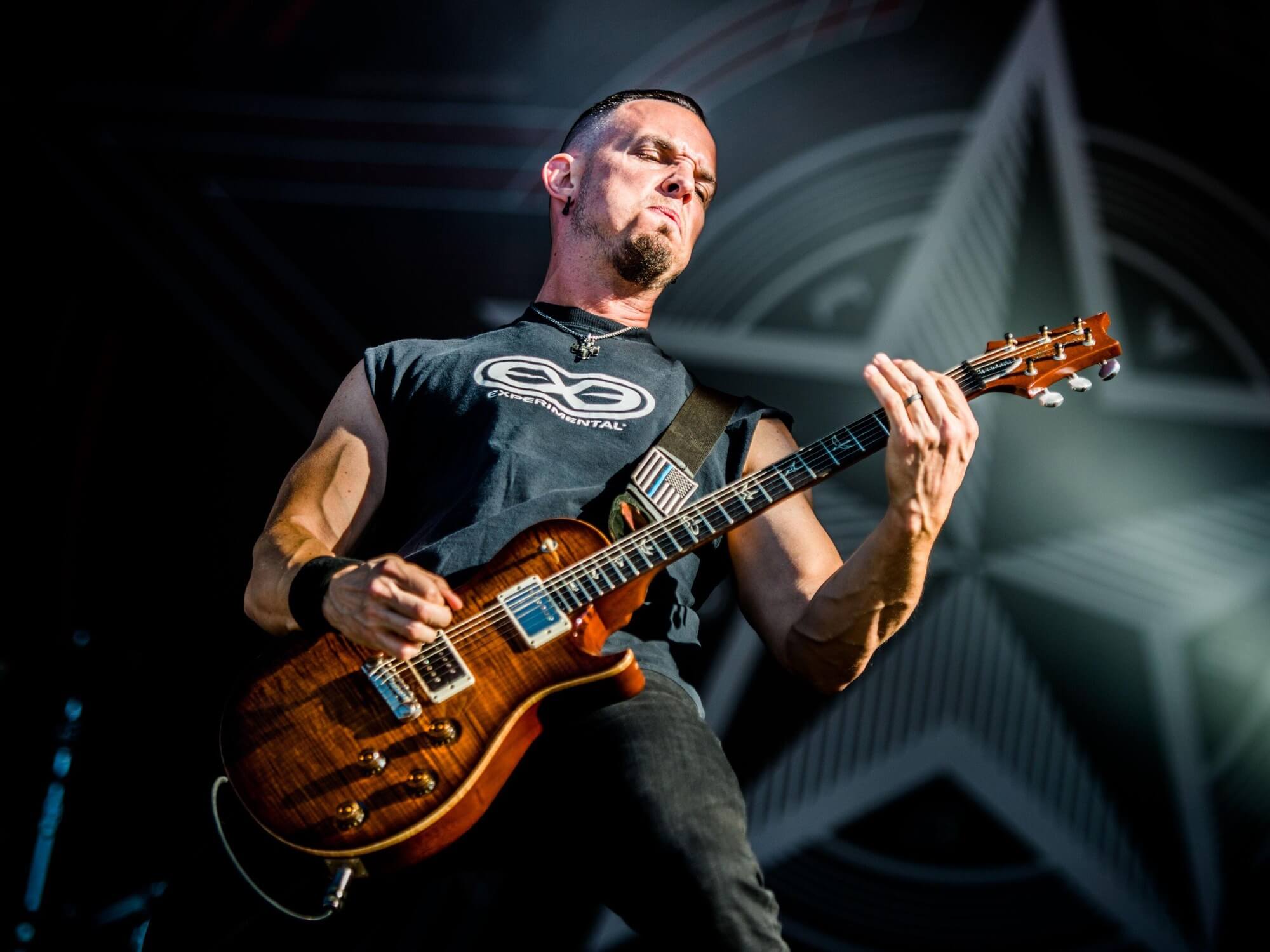 Mark Tremonti has opened up about the difference between performing as a guitarist in Alter Bridge and fronting Tremonti, saying both experiences “have their moments”.

Asked to name the main difference between playing with his two bands in a new interview with Louder Than War, Tremonti said, “In Alter Bridge, I like not having to talk in between songs, that makes it much easier for me. I do enjoy singing a lot, so I miss being able to sing every song.”

“But the crowds know every word. They come out in full force, and I get to see the benefits of all the years we’ve put into it and all the work we’ve done.”

On the flipside, playing as Tremonti in smaller venues is more of an “underdog” experience, Mark explained.

“I like being the underdog as well. So when I’m in Tremonti, I think I’m the underdog again. And it’s a challenge to be that frontman and that entertainer that I’m not. I don’t consider myself that type of personality. But it helps you develop as an artist.”

The self-professed introvert also shared that it took some time for him to overcome his self-consciousness when performing onstage, saying “I’m a completely different person on stage than I am off stage and I learned a long time ago, probably 20 years ago, not to think about what you’re doing on stage outside of playing your guitar.”

“I’d always think: ‘I look silly’ and I’d try to change the way I acted,” Tremonti recounted. “But then I just realised: ‘Just don’t worry about it. Just be yourself. Have a good time.’ So when I see all the crazy faces I make, I don’t care anymore. When I play, that’s just what I do.”

“But offstage, I’m kind of quiet. I’m a father of three kids. And when I go home, my friends make fun of me because they party way more than I do. And they’re like: ‘You’re the most boring guy in a rock band ever. You don’t drink with us until three in the morning.’”