Welsh rock outfit The Dirty Youth have signed the deal with Marshall's brand new record label in a brand-expanding venture. 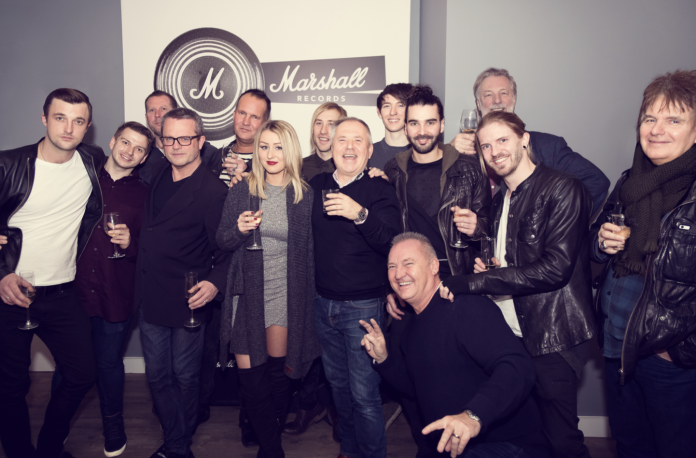 Front woman Danni Monroe said on the day of signing the deal “We are extremely honoured to have the first record signing to this legendary brand, we can’t wait to start working with Steve, Rob and the amazing team behind Marshall and look forward to writing the next chapter in Marshall Records and The Dirty Youth’s future”.

Steve Tannett – Joint MD: “The Dirty Youth embody all the qualities we look for in a new signing, great songs, fantastic work ethic, and not to be underestimated a show stopping ‘SUPERSTAR in Danni Monroe! We cannot wait to get the band into Abbey Road and smash it.”

The Dirty Youth, who have toured extensively in over 20 countries and have over 12 million YouTube views, are heading into the famous Abbey Road Studios this month, to record new music which will be released on the label later in the year. The Dirty Youth are managed by Rob Ferguson of Transcend Music.

Jim Marshall loved music. It was his passion for playing the drums that led to him opening the famed ‘J & T Marshall’ musical instrument store in West London in 1962. That led to Jim becoming friends with young guitarists who were part of London’s vibrant music scene: Jimi Hendrix, Pete Townshend, Eric Clapton and Ritchie Blackmore to name but a few, who together would go on to change rock and blues music forever.

Marshall’s legendary products are as popular today as ever, favoured by a broad spectrum of artists, from well-established rock royalty to upcoming bands reinventing rock music for themselves.