“I think it’s good to lobby the government to look for aliens, they must be out there somewhere.” 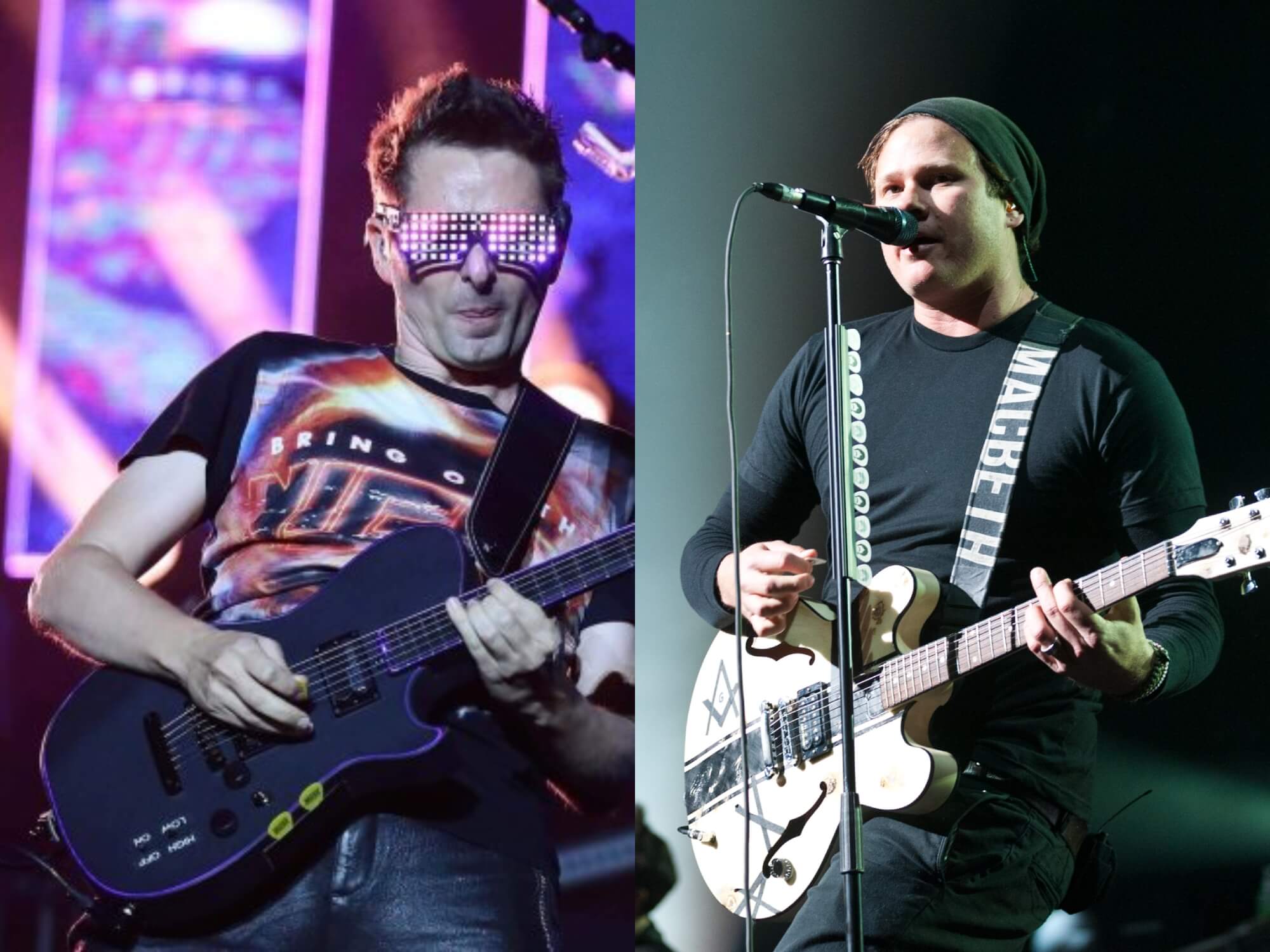 Blink-182’s Tom DeLonge has a long and complex history with the UFO phenomena, and Muse’s Matt Bellamy says DeLonge has promised to show him “a warehouse in Vegas holding some weird alien shit”.

In a new interview with ALT 98.7 backstage at the iHeartRadio ALTer Ego festival, Muse were asked if they had ever “done a deep dive” on the “alien situation” and DeLonge, to which Bellamy responded that he had in fact “gone deep” with DeLonge, adding, “I’ve hung out with him, and I’ve really pushed him. Apparently there’s a warehouse in Vegas holding some weird alien shit that he’s going to take me to one day. I’m holding him to it, and everytime I see him, he says he ‘can’t do it this week, maybe next week.”

Interviewer Ted Stryker went on to reference how DeLonge’s work with UFOs eventually led to the release of three classified videos of encounters between military aircraft and unidentified objects, to which Bellamy responded, “That’s impressive. I like that. I think it’s good to lobby the government to look for aliens, they must be out there somewhere.”

In a 2021 interview with Guitar.com, DeLonge discussed the drive behind his work on the subject, which was often ridiculed prior to the US government’s admission that same year that the objects seen in the three classified videos were in fact real unidentified object that cannot be explained by current science. “I’ve put myself out there so many times, and I’ve been properly misunderstood in public for so many things, that I love it because I don’t care,” he said.

“People know that I’m unpredictable. They also know that I’m pretty clever and they also know now that, holy shit, maybe he’s not fuckin’ crazy. In that whole time, when people thought I was crazy or that I was some problem child – maybe I am – I was actually learning and doing things that were ambitious.”