Megadeth have launched a brand new website containing what appears to be a snippet of an upcoming single from the thrash titans’ highly anticipated new studio album. READ MORE: Here’s Everything You Need To Know About Guitar Summit 2022 Eerily sparse, the new page features what appears to be a clip from a new track […] 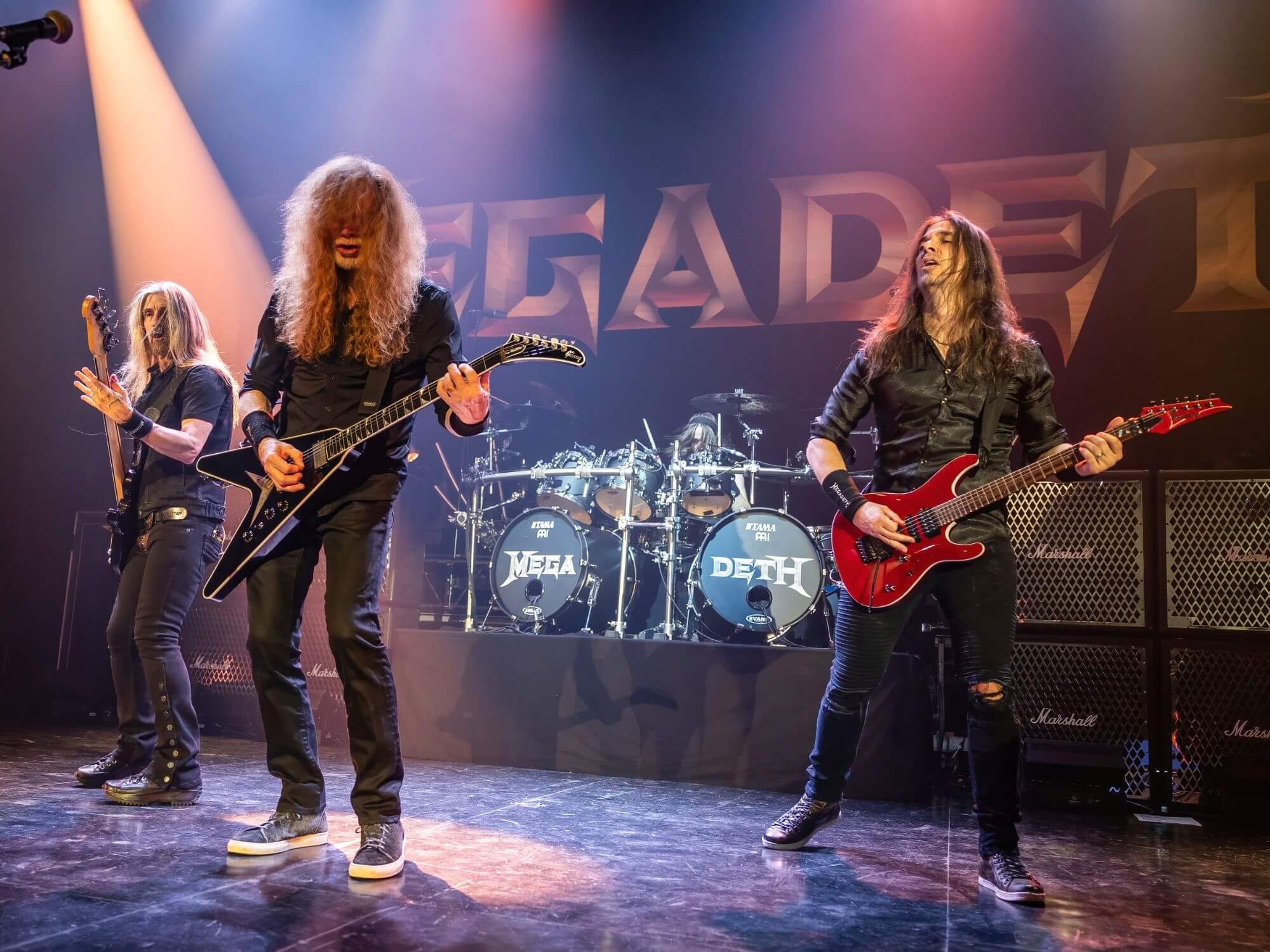 Megadeth have launched a brand new website containing what appears to be a snippet of an upcoming single from the thrash titans’ highly anticipated new studio album.

Eerily sparse, the new page features what appears to be a clip from a new track which fans are reasonably assuming is a teaser for the metal legends’ forthcoming 16th long-player The Sick, The Dying… And The Dead!

Alongside the brief sample from the track, the ominous site also features an ever-growing tally of “Vic Rattlehead Sightings” at the bottom of the screen, alongside the caption stating: “The sick, the dying and the dead are among us. Mark yourself safe from Vic Rattlehead before it’s too late…”

This new site comes just days after the band posted an equally ambiguous post on Instagram, in which the numbers six and twenty-three in the background led to rumours circulating that a new release is set to be announced this Thursday (June 23).

Fans are already speculating that this clip of a new track is likely to be a new single entitled Killing Time. This comes following an interview with the band’s frontman in March, in which Mustaine told SiriusXM’s Eddie Trunk that a song with that title was due to be released “any day now”.

As for the album as a whole, details on the full release still remain sparse. Originally scheduled to be released on 8 July, Dave Mustaine took to the stage at Download Festival earlier this month, announcing that the full album will now not be expected until this autumn.

A follow-up to their 2016 album, Dystopia, new LP The Sick, The Dying… And The Dead! is said to feature two cover tracks, the first of which being a Megadeth take on Dead Kennedys’ Police Truck, and the latter being their version of Sammy Hagar’s single This Planet’s On Fire – a track which will feature guest vocals from Hagar himself.

While announcing that Ozzy Osbourne and Zakk Wylde bassist James LoMenzo will be the permanent replacement for David Ellefson earlier this month, it has also been confirmed that it is Testament bassist Steve DiGiorgio who has laid down the bass tracks for the new album… replacing the original recordings first made by Ellefson.

Take a look at the site by visiting the page here.