The cover was first performed at their Helping Hands concert earlier this month. 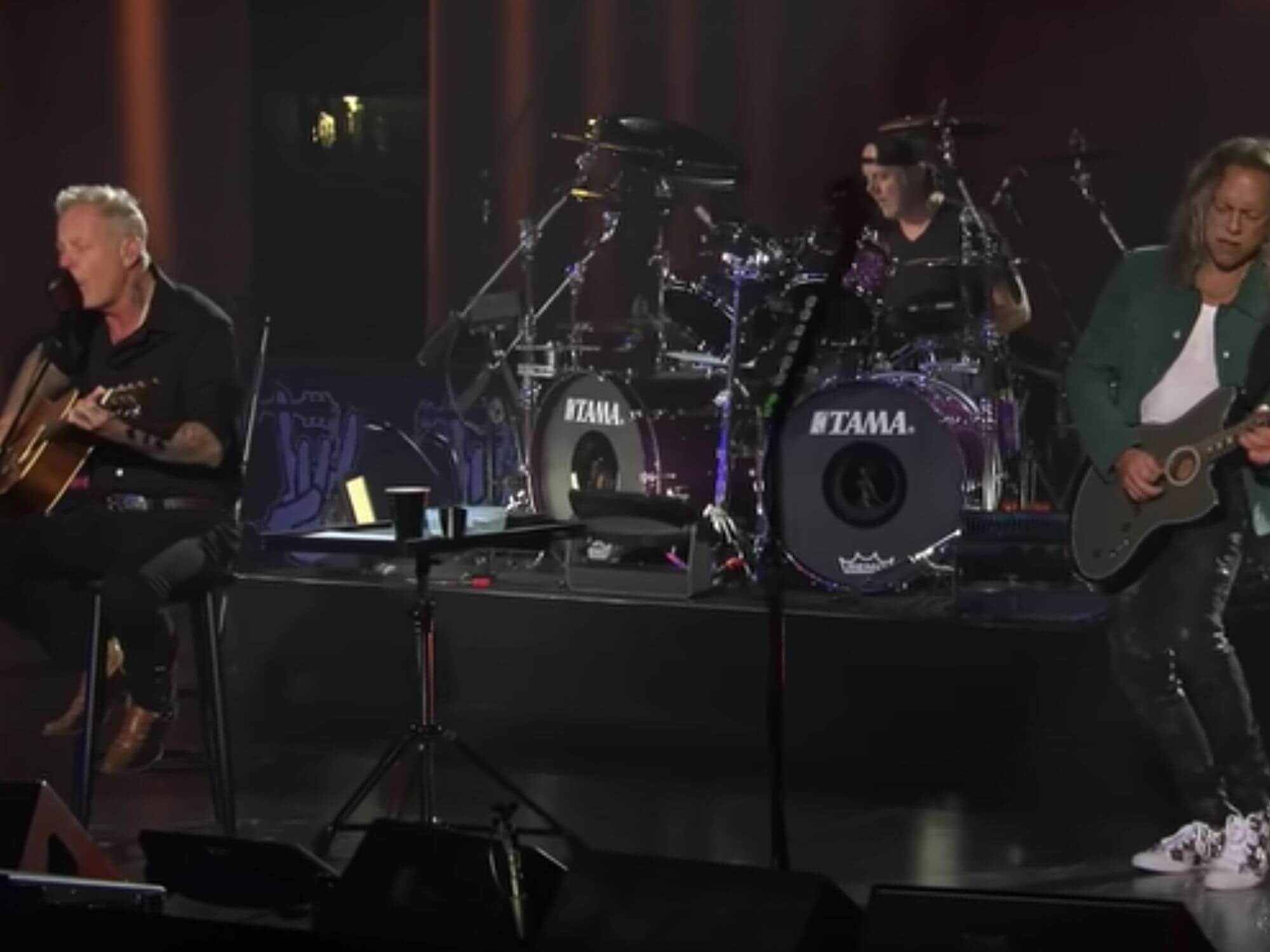 Metallica have shared a standout moment from their recent All Within My Hands charity event: an acoustic cover of Thin Lizzy’s Borderline.

The event took place earlier this month (16 December) in Los Angeles. The concert was also available to stream online.

This was the second Thin Lizzy track to be adopted by the band, with their 1998 cover of Whiskey In The Jar proving to be a fan favourite the first time around.

In the professionally-captured footage, viewers can see the band during their acoustic part of the set, which also featured hit tracks The Unforgiven, and Blackened. The aforementioned cover of Whiskey In The Jar was also performed during this point, alongside a cover of UFO’s single It’s Killing Me.

Fans have made their approval of Hetfield’s clean vocal delivery known in the video’s comment section, with several even urging the frontman to consider an acoustic solo record.

“I’d love it if James made an acoustic solo album. His voice is perfect for it,” wrote one user.

Avi Vincour, multi-instrumentalist from the band Goodnight, Texas, also joined the band on stage – performing backing vocals and guitars throughout the rendition of the track.