The announcement comes with a slew of artists added to the Welsh festival’s lineup.

Michael Kiwanuka’s appearance marks almost a decade since his first slot on a Green Man bill, and follows the release of his 2019 album KIWANUKA. The record saw critical acclaim upon its release; in a review of the record, NME notes the breadth of influence on display: “His latest recalls Curtis Mayfield, Bill Withers and Gil Scott-Heron as much as it does Fela Kuti and Kendrick Lamar.” The review also touches on its more “experimental and interestingly textured sounds here, such as on ‘Living in Denial’, with its subtle Johnny Greenwood-like guitar line and frequently shifting tempos.” His appearance will be his fourth in total, but his first as a headliner. 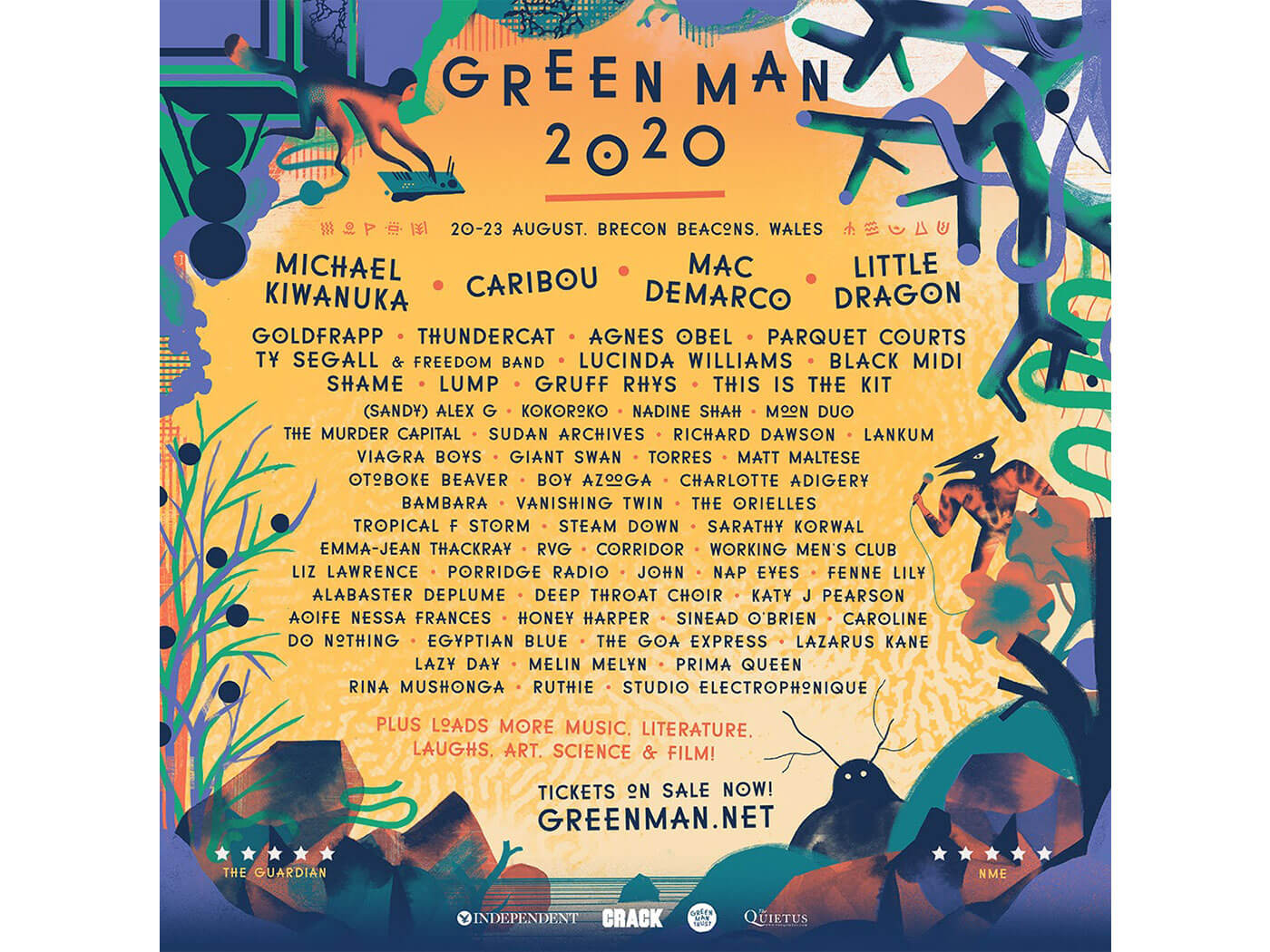 Mac DeMarco is also set to bring his lo-fi blend of jangle pop and slacker rock back to the festival. In a succinct, but enthusiastic, statement about his return to Green Man DeMarco said: “Wales, we’re coming again, very stoked, should be a good time all over again, seeya soon, ciao Bella.” Other artists announced include Black Midi, Parquet Courts, Goldfrapp, Lucinda Williams, Agnes Ovel, Alex G, Shame, The Murder Capital and many more.

The festival takes place surrounded by The Black Mountains, deep in the heart of the Brecon Beacons. Tickets are available now – and for those who want to embed themselves in the landscape a bit more, the Settler’s Pass is available, which grants early access to the site and includes workshops, music, discounts on local heritage sites, galleries, castles and more.

Green Man 2020 is set to happen over the same weekend as ArcTanGenT, between 20 and 23 August.

More information, tickets and the full lineup over at greenman.net. For more music news, click here.