Miley Cyrus had contributed vocals for track I Am Veronica. 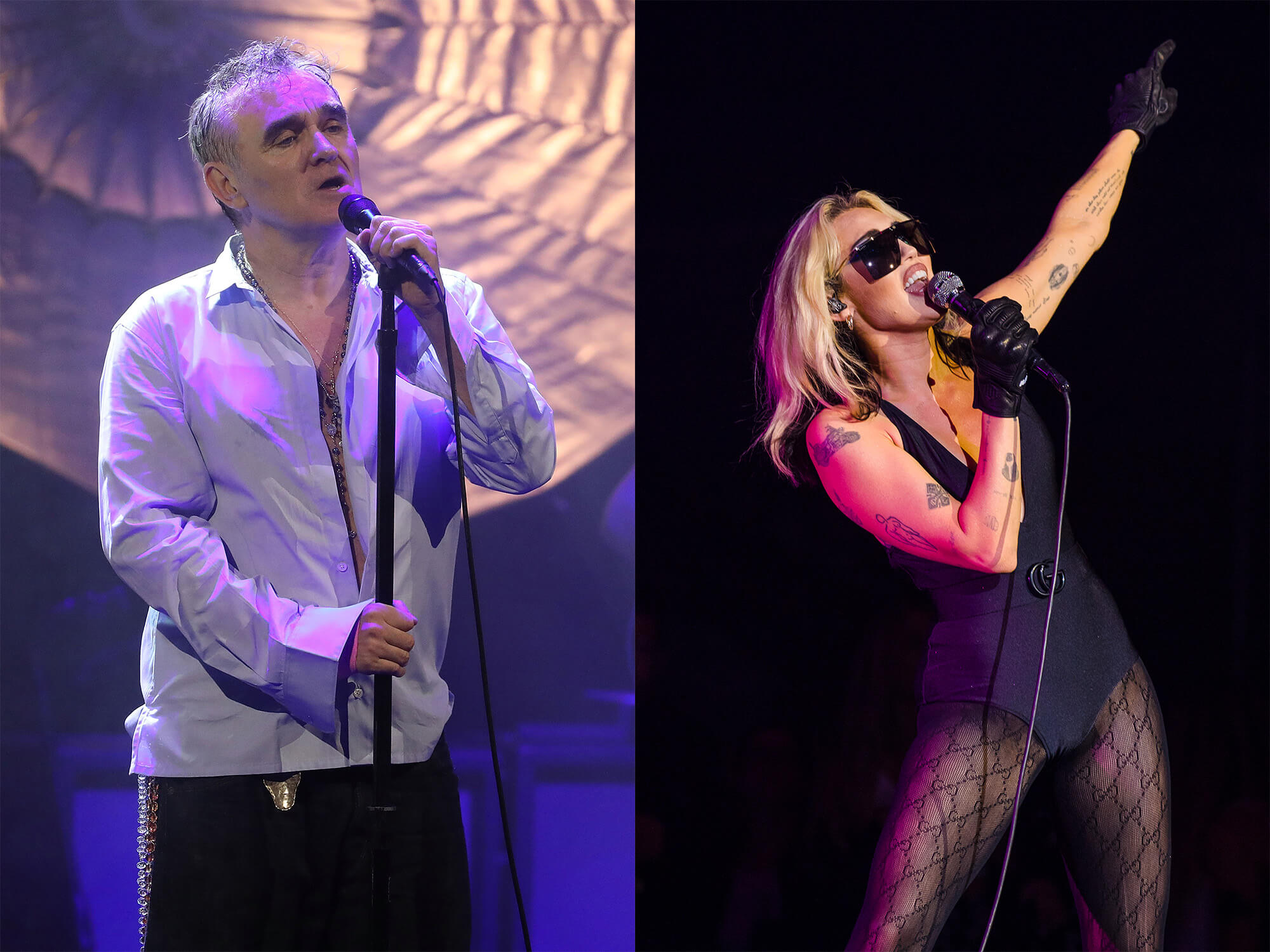 Morrissey has announced his split from Capitol Records, and shared that Miley Cyrus has asked to be “taken off” his hidden record, Bonfire Of Teenagers.

The Smiths‘ ex-frontman previously said Bonfire Of Teenagers was going to be released in February 2023 in a web post which has since been deleted, but it appears some changes have been occurring behind the scenes, and no new release date has been confirmed.

The record reportedly features collaborations with Iggy Pop, Red Hot Chili Peppers’ Chad Smith and Flea, Josh Klinghoffer, and Jesse Tobias. According to a statement shared on Morrissey Central, Capitol Records “have control” over the album.

In a post shared on 23 December, Morrissey Central revealed, “Morrissey has voluntarily parted company with Maverick/Quest management. Morrissey has also voluntarily withdrawn from any association with Capitol Records (Los Angeles.)”

On 24 December, a post titled “Miley is a punk rocker” was then also shared on the site stating, “Miley Cyrus now wants to be taken off the song I Am Veronica for which she volunteered backing vocals almost two years ago. This comes at a time when Morrissey has disassociated himself with Capitol Records (Los Angeles), who control the hidden album Bonfire of Teenagers.”

Cyrus, daughter to Billy Ray Cyrus, made the switch from pop to rock with her 2021 record, Plastic Hearts which featured collaborations from Joan Jett, Billy Idol and Stevie Nicks.

Back in November, Morrissey walked out of his show in LA as fans speculated it was because he “was too cold”.

However, Morrissey had shared earlier in December that he’d booked studio time for a different record in the new year titled, Without Music The World Dies, which he spoke about in a post on his website writing, “The songs, of course, are magnificent.”