The End really was the end. 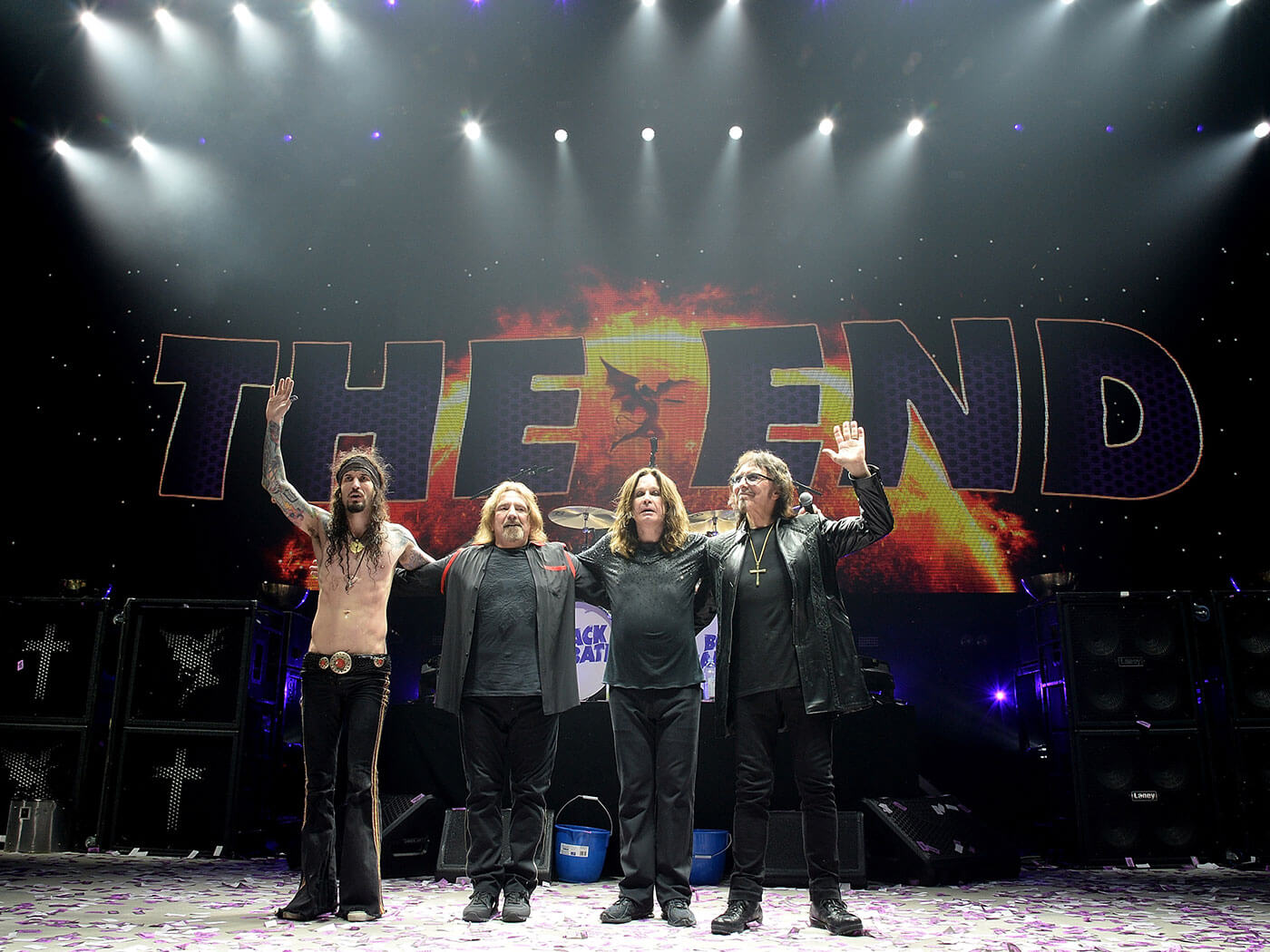 Former Black Sabbath frontman Ozzy Osbourne has said he has no intentions in reuniting the band for more shows in the future.

The band’s last shows took place in 2017, with a string of concerts in their home city of Birmingham. Tony Iommi opened up discussion of another reunion with some comments he made, saying he’d still like the group to play together in the future.

Speaking to Rolling Stone, Ozzy said: “Not for me. It’s done. The only thing I do regret is not doing the last farewell show in Birmingham with [drummer] Bill Ward. I felt really bad about that.”

“It would have been so nice. I don’t know what the circumstances behind it were, but it would have been nice. I’ve talked to [Tony] a few times, but I don’t have any of the slightest interest in [doing another gig],” Ozzy continued. “Maybe Tony’s getting bored now.”

Osbourne’s dismissal comes after Iommi touted the idea of a reunion in an interview with SiriusXM’s Eddie Trunk earlier this year. “I think that it would be good, if we could do that,” Iommi said. “The hard thing is, certainly with Sabbath, because it’s such a big thing, you can’t just do an occasional show, because of the crew, and you have the whole setup. It would have to be a year or an 18-month tour… I’m not opposed to doing anything; I just would do it in a different way.”

Although Ozzy and Iommi seem to be on good terms in a personal sense, Ozzy had also previously spoken out about the difficulties they had working together for the final run of shows. “I’ll tell you what it was like,” he said, “It’s like when you’re younger and you met a girl, Susie, and you break up and you don’t see her for 30 years. Then she’s in town and you go, ‘Oh, I’ll give Susie a call,’ because your memory only remembers the good parts and you can narrow it then to a week and you go, ‘I remember that week and it was lovely.’ But then you go back and you go, ‘I forgot the fucking four and three-quarter years I was fucking miserable.’”