“He could have chosen anybody – but he chose me. I can never thank him enough for that”. 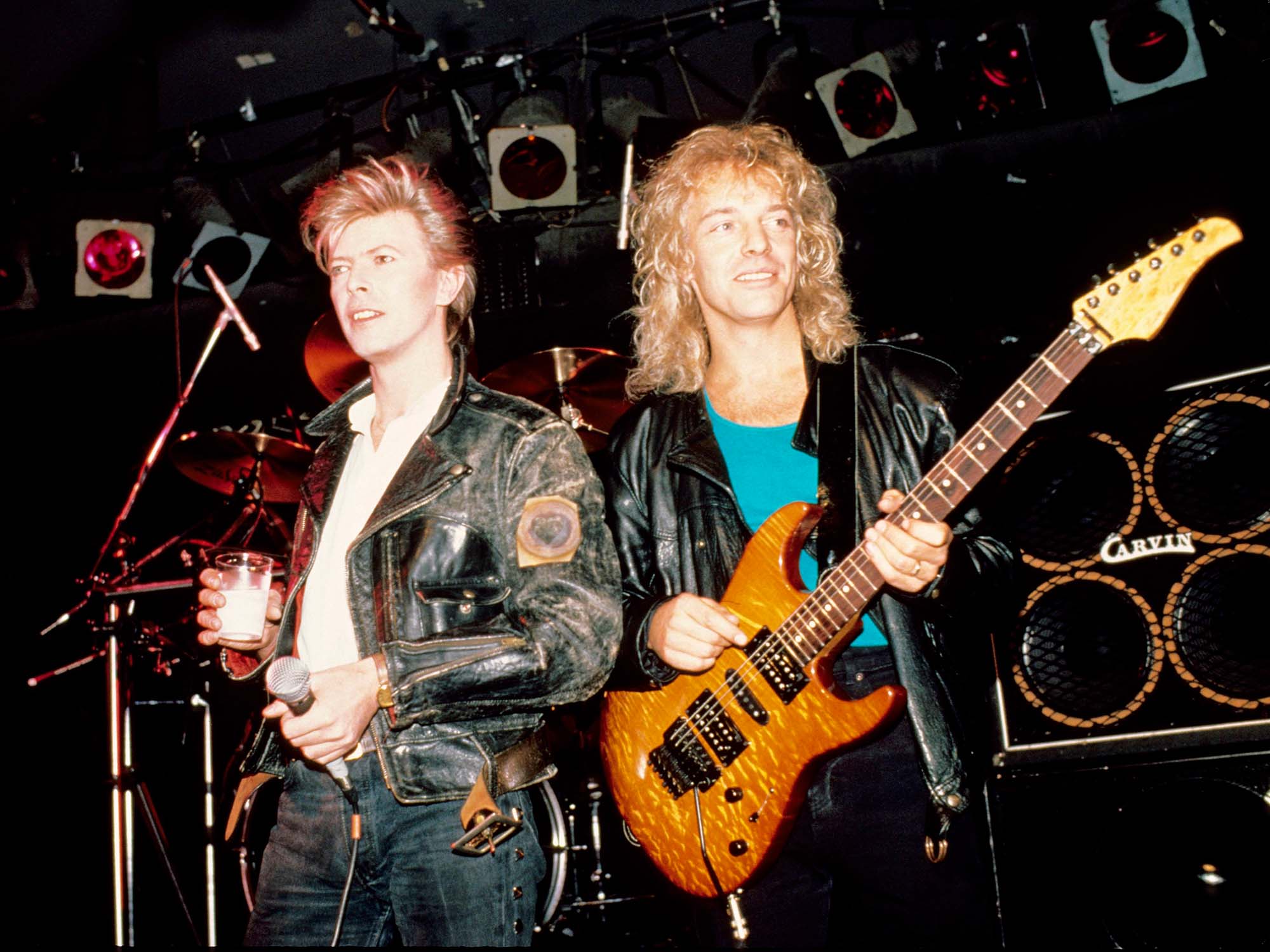 Peter Frampton has discussed what it was like touring with David Bowie, stating that playing the guitar for someone else rather than being the frontman, was a lot more “comfortable”.

In an interview in Guitarist, Peter Frampton has discussed how schoolmate David Bowie allowed him to gain back confidence and credibility after choosing him to play on the Glass Spider tour in 1987.

“Finally having been on the same stage the same evening many times before, I was going to be Dave’s guitar player. He could have chosen anybody. He’s had Stevie Ray Vaughan the album before, but he chose me. I can never thank him enough for that.”

He further ushers that playing the guitar for someone else, rather than taking on a singing role was his “comfy chair”.

“I’ve always been more comfortable playing guitar, not singing – maybe the occasional song like in Humble Pie – but playing behind a great singer, a great frontman.

“David inviting me to do the album and tour changed my credibility; I got my credibility back that I felt id lost when Im In You came out,” says Frampton. “ David gave me back that credibility to continue and bring people back to me”.

Peter Frampton has long spoken about his relationship with the late David Bowie, having grown up together after attending Bromley Technical School.

The guitarist has even claimed that it was his dad that allowed their musical relationship to develop.

“My dad said: ‘Why don’t you all bring your guitars to school? We can stash them in my office before assembly in the morning, then at lunch time you can get them out and play’,” Frampton said.