Henson’s TOD10N acoustic-electric is based on a discontinued Ibanez model that apparently “didn’t do well” in the 90s. 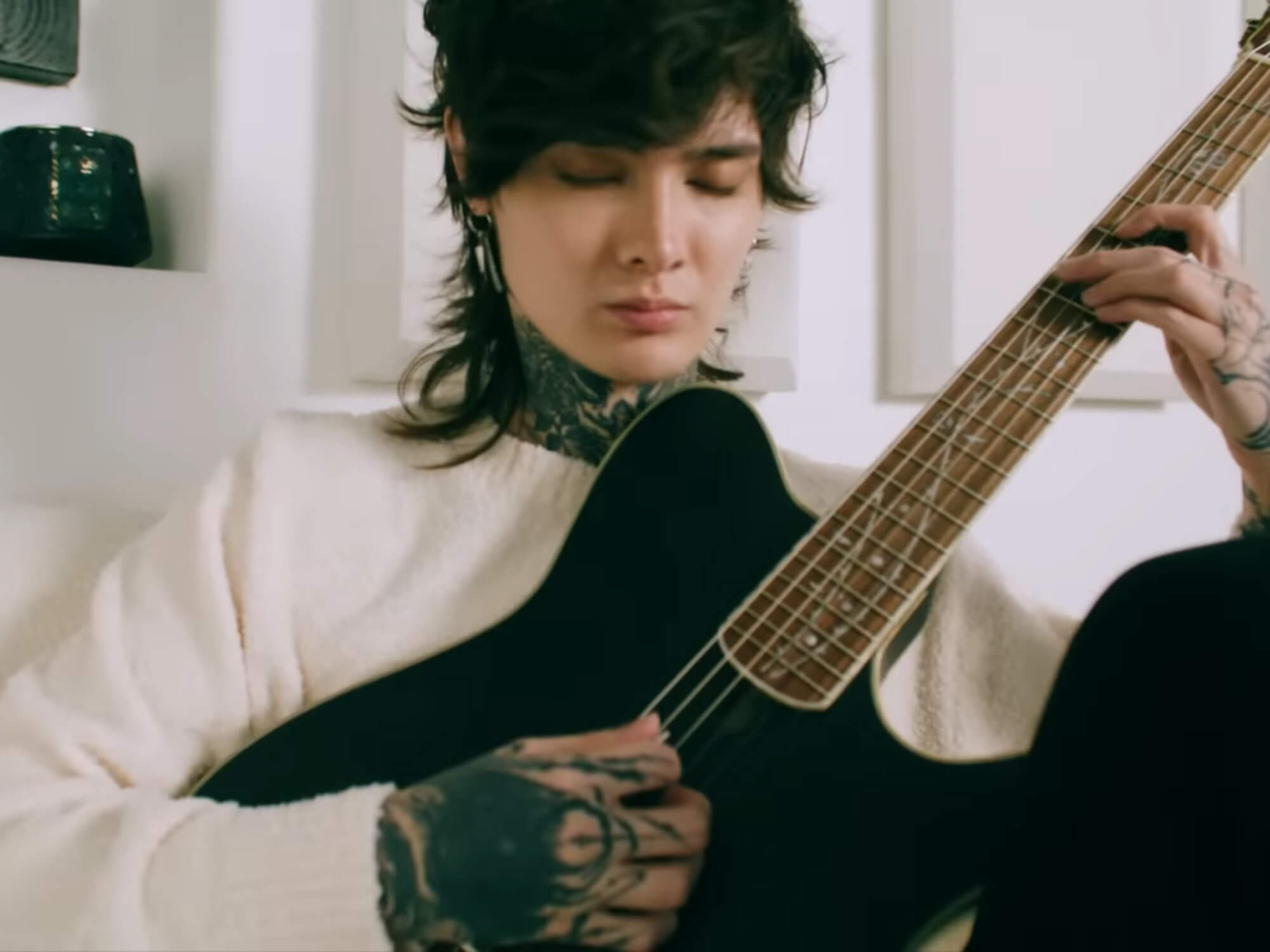 In a recent chat with Revolver magazine, the Polyphia guitarist discusses the inspiration behind his iconic TOD10N signature model, and the hoops the band went through to convince Ibanez to make the instrument.

“I was in Europe, in 2019, in a pawn shop, and saw an Ibanez nylon electric guitar and I picked it up,” Henson recalled. “I thought, What the fuck is this thing? I texted Ibanez … and they told me it was a discontinued, commercially unsuccessful model from 1998.”

“I bought it from the pawn shop and took it home. And the inspiration was … a lot of times in rap, they’ll sample old classical guitar. This way I can make my own samples and use them in beats or send them to producers. I started making loops with it and was just like, ‘This is insane.’

The musician recently praised TikTok for getting a new generation of listeners into guitar music, saying “I remember hearing about the ’80s and the ’90s thinking like… ‘that’s some dinosaur shit’ [just because] I wasn’t there for that. That’s what these kids think about 2010 now.”

“It’s like the kids just discovering that guitars do exist, [after] not having existed on the radio for so long. It’s cool to see that coming back.”

“When YouTube started, it took the guy to make a rock version of a classical piece to be recognised. Now, you get on TikTok, and you see a kid doing the AC/DC Thunderstruck – and people are losing their fucking minds!”