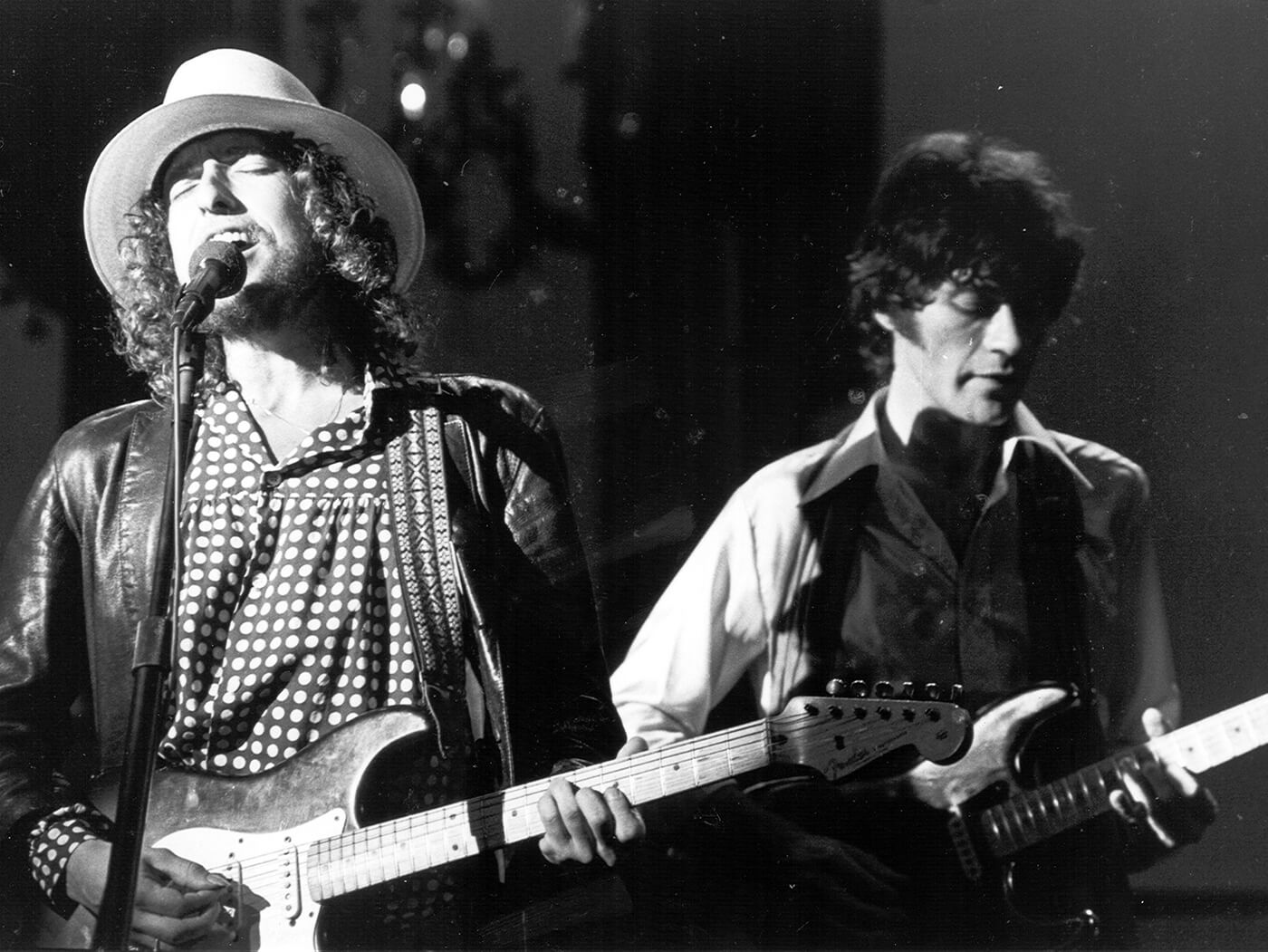 Robbie Robertson has released Dead End Kid, the latest track off his forthcoming album, Sinematic. The song, which features vocals from Glen Hansard, is a recount of Robertson’s difficult journey en-route to musical success.

Dead End Kid opens with a Wah-ed electric guitar lick played over a steady blues groove. Heavy rhythm playing dominates the song throughout, and Robertson throws in a droning solo towards the end for good measure.

Dead End Kid is the fourth single from Sinematic after Once Were Brothers, Let Love Reign and I Hear You Paint Houses. The last of these songs features vocals from Van Morrison. Sinematic, which arrives 20 September, is also Robertson’s first solo effort since his 2011 album, How To Become Clairvoyant.

In other Robertson news, the guitarist recently revealed the musicians joining him on The Last Waltz, a tour commemorating The Band’s 1976 farewell concert. The A-list line-up includes The Allman Brothers Band’s Warren Haynes, Promise Of The Real’s Lukas Nelson and Grammy-nominated country artist Jamey Johnson.

Listen to Dead End Kid below: