Robert Cray on cutting ties with Eric Clapton: “I’d rather not associate with somebody who’s on the extreme and being so selfish”

Cray initially attempted to understand why Clapton was comparing lockdowns to slavery. 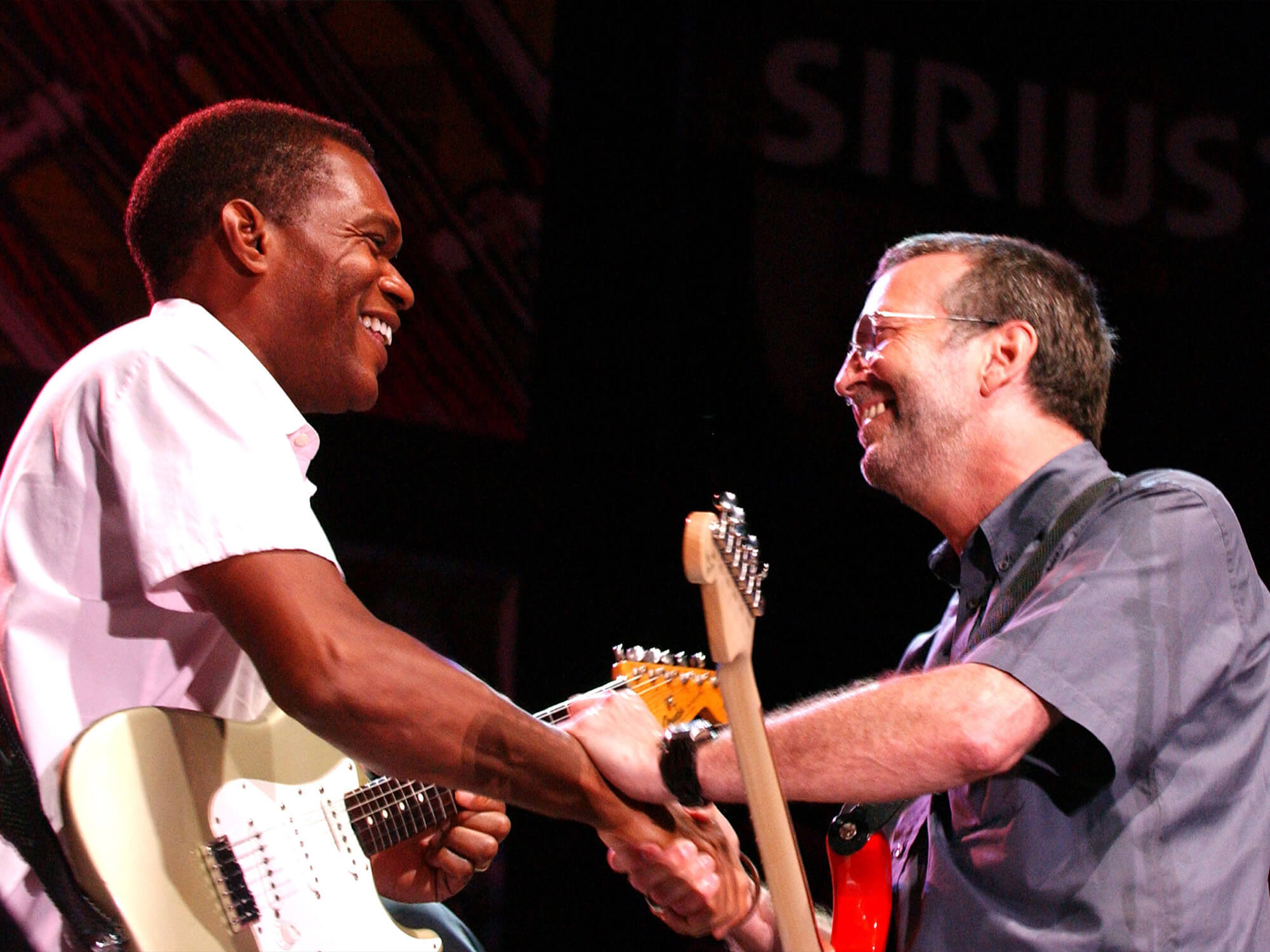 Former friend of Eric Clapton, the guitarist Robert Cray, has discussed cutting ties with the musician, after unsuccessfully attempting to understand his extreme views on COVID-19 lockdowns and vaccines.

Cray’s comments come from a new essay in The Washington Post, which examines how Clapton’s former friends are reacting to his anti-vaccine, anti-lockdown stance. The piece opens by describing how Cray, a Black man born in segregated Georgia, emailed Clapton immediately upon hearing his anti-lockdown song Stand And Deliver. Specifically, Cray took issue with the lyrics: “Do you wanna be a free man / Or do you wanna be a slave? / Do you wanna wear these chains / Until you’re lying in the grave?”, which compare temporary lockdowns to the immense pain and suffering caused by slavery.

Cray says, in response to his email about this questionable comparison, Clapton defended the lyrics: “His reaction back to me was that he was referring to slaves from, you know, England from way back.”

Cray also compared a photograph taken of him, Jimmie Vaughan, BB King and Clapton to a more recent photograph of Clapton and Vaughan posing with Texas Governor Greg Abbot. At the time, Abbot had just signed one of the US’ strictest abortion laws and a controversial restrictive voting policy.

“There’s this great photo [from 2013] at Madison Square Garden after the show, with BB King sitting in a chair, Jimmie Vaughan, myself and Eric sitting behind him,” Cray tells The Washington Post. “And I looked at that picture of Governor Abbott, Jimmie Vaughan and Eric Clapton in that similar pose, and I’m going, ‘what’s wrong with this picture? Why are you doing this?’”

Backstage tonight with Eric Clapton and Jimmie Vaughan after a concert in Austin. pic.twitter.com/2hhziNxtAm

The rest of the article examines Clapton’s troubling turn towards more conspiratorial views, and how his extreme position has, by his own admission, alienated him from his friends and family. As has become commonplace in the press, Clapton’s his infamous 1976 onstage rant about ridding England of non-White people is also examined as a similar stain on an undeniably enormous musical legacy.

This constant reminder of Clapton’s controversial public image has, unsurprisingly, led to a confrontational attitude towards the press, as The Washington Post discovered when trying to obtain an interview for the piece.

“Given the depressingly bad standard of journalism reflected in certain recent articles,” wrote his business manager Michael Eaton, “Eric Clapton has no desire at the moment to engage with the US Press. Anyone in the public eye has to expect and accept negative comment, but it should be balanced.”

Cray’s further explanation as to why he fully cut ties with Clapton closes out the piece. “I’d just rather not associate with somebody who’s on the extreme and being so selfish,” he says. “We started playing a type of music that wasn’t particularly popular to start off with at the time we started playing. We’ve gained some notoriety, and I’m fine with that, but I surely don’t need to hang out with Eric Clapton for that to continue.”