“The kitchen trio take it to the extreme again.” 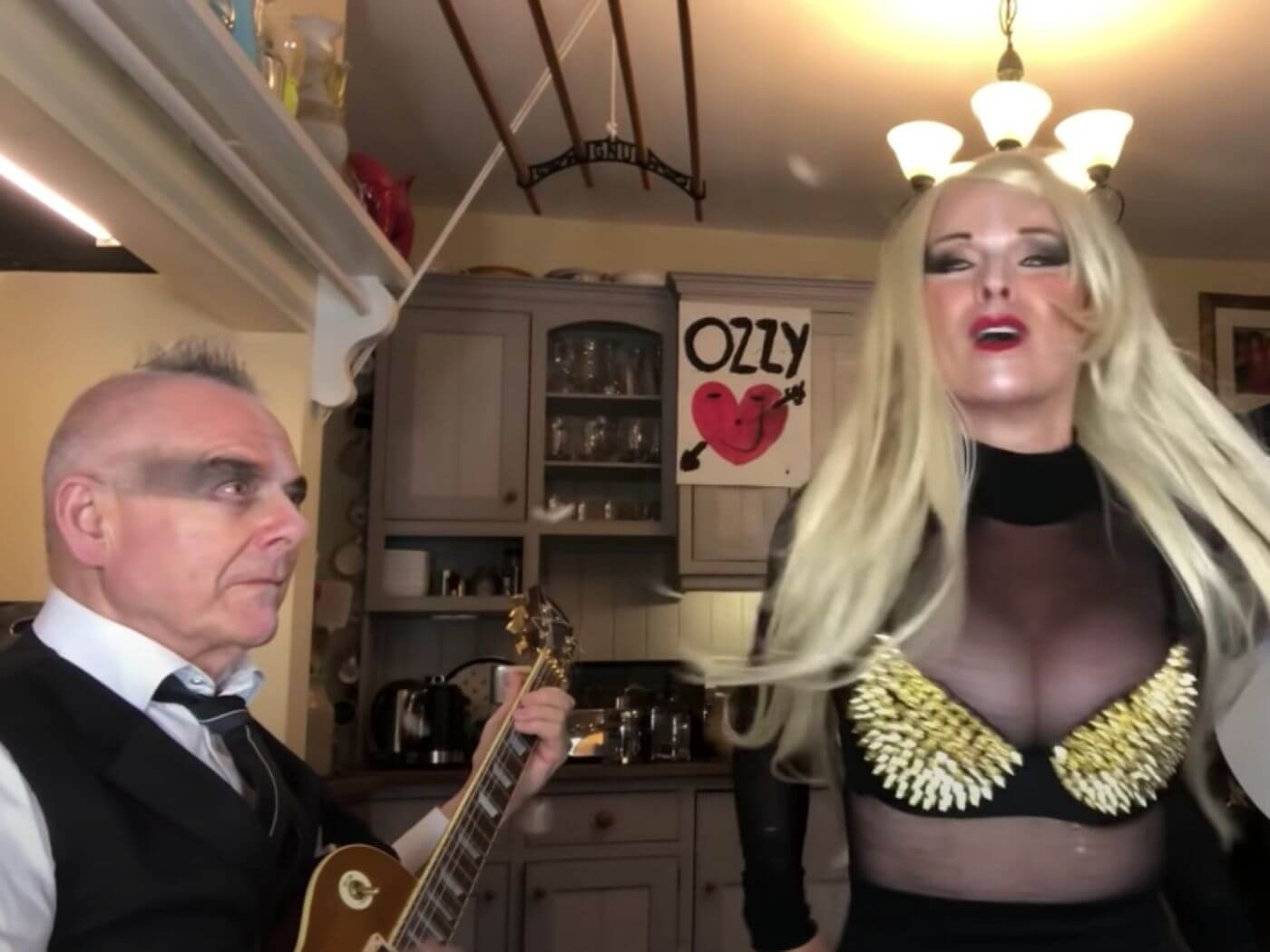 King Crimson guitarist Robert Fripp and his wife Toyah have covered the hard rock classic, Paranoid by Black Sabbath in the latest episode of their Sunday Lunch series.

The couple performed the tune in their kitchen alongside masked guitarist, Sidney Jake. The cover, shared to Toyah’s YouTube Channel on Sunday (30 May), features the three decked out in outrageous outfits, with feathers were strewn around for visual effect.

A caption for the video read: “The kitchen trio take it to the extreme again, and we can confirm no actual feathers were harmed in the making of this video!”

Watch the video, below:

Fripp and Toayh’s Sunday Lunch series launched last year at the height of international COVID-19 lockdowns. The couple addressed the series’ origins during an interview in March 2021. Fripp commented: “Performers have a responsibility to perform and at this particular time to keep people’s spirits up.”

“Essentially, when things are really bad in England, what you do is begin laughing and do silly things,” he told Rolling Stone in an interview published on March 24. “A good reference point is the Ministry of Silly Walks on Monty Python. Now it’s, ‘Robert puts on a tutu and dances to Swan Lake at the river’s edge with his wife.’ So I have followed my wife’s sense and vision of these things.”

Earlier this year, the couple also covered Scorpion’s “Rock You Like A Hurricane” while simultaneously announcing limited-edition merch on May 23. They also dropped their rendition of The Prodigy’s “Firestarter” on May 9.