Featuring Toyah in boxing gloves in a nod to Rocky III. 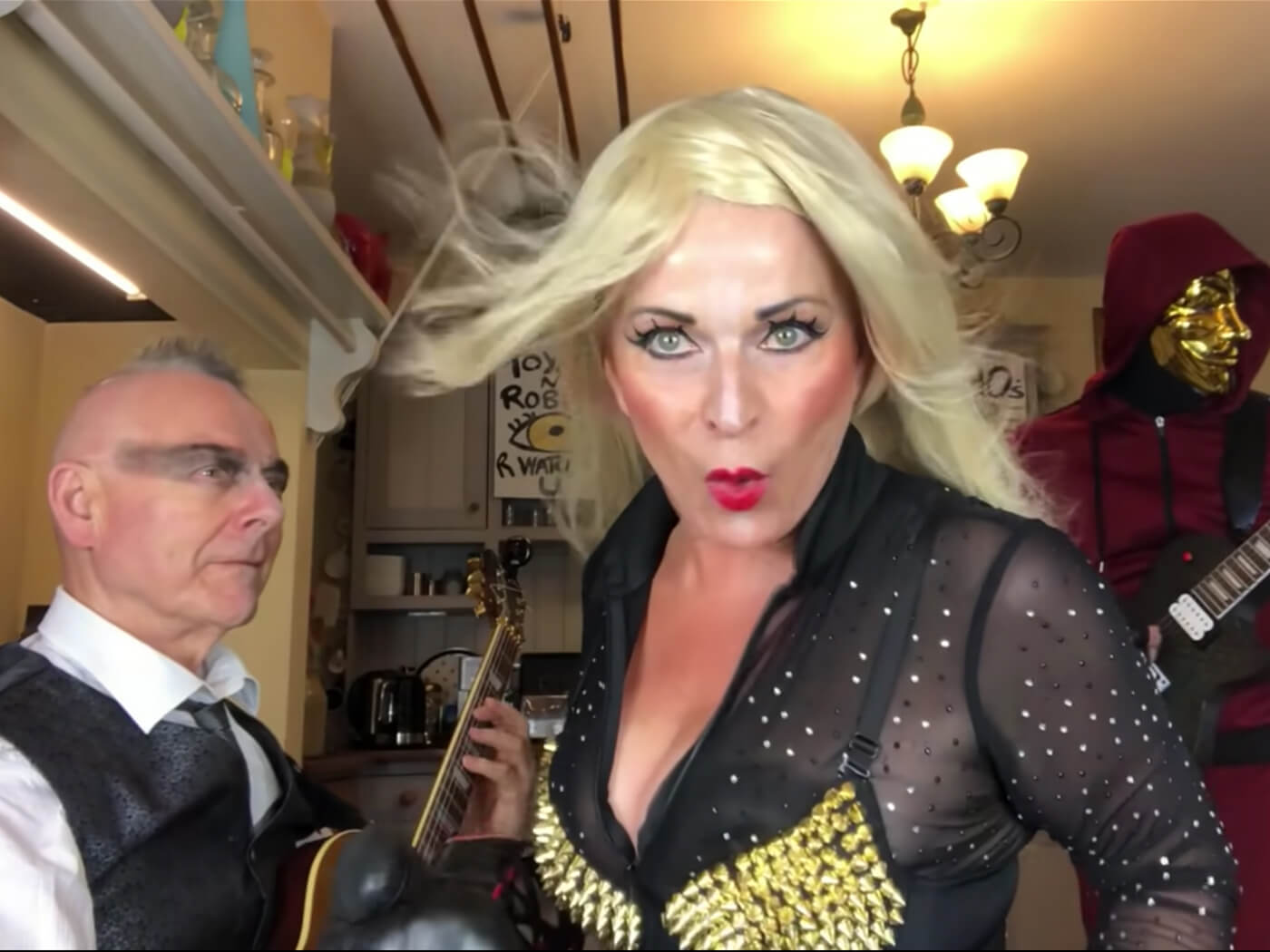 Robert Fripp and Toyah have returned with the latest episode of their Sunday Lunch cover series, tackling the Survivor classic Eye Of The Tiger.

The episode went live on Toyah’s YouTube channel yesterday (20 June) and saw her armed with boxing gloves, alluding to the song’s use in the 1982 film Rocky III.

“The kitchen trio are back and are ready to rumble!” Toyah captioned the video – watch it below:

The couple once again recruited for the cover second guitarist Sidney Jake, who shared some behind-the-scenes footage of the episode on his own channel here.

The Kitchen Trio’s cover follows last week’s rendition of Sweet Dreams (Are Made of This) by Eurythmics and Annie Lennox.

The Sunday Lunch video series launched last year amid the UK’s COVID-19 lockdown, and has since featured covers of Black Sabbath, Alice Cooper and many more.

The series has been so popular that it has spawned special merchandise, spanning shirts to custom artwork – see it here.

In other Robert Fripp news, the King Crimson mastermind is set to hit the road with the legendary progressive rock band in July. The expansive North American tour will be supported by the Zappa Band.

“The Crimson Beast of Terror has woken from its enforced slumbering and is venturing out to stomp flat the psyches of innocents not yet experienced in the hammering onslaught of King Crimson’s uncompromising pounding,” Fripp said in a statement last month.