The Stooges classic gets the Sunday Lunch treatment. 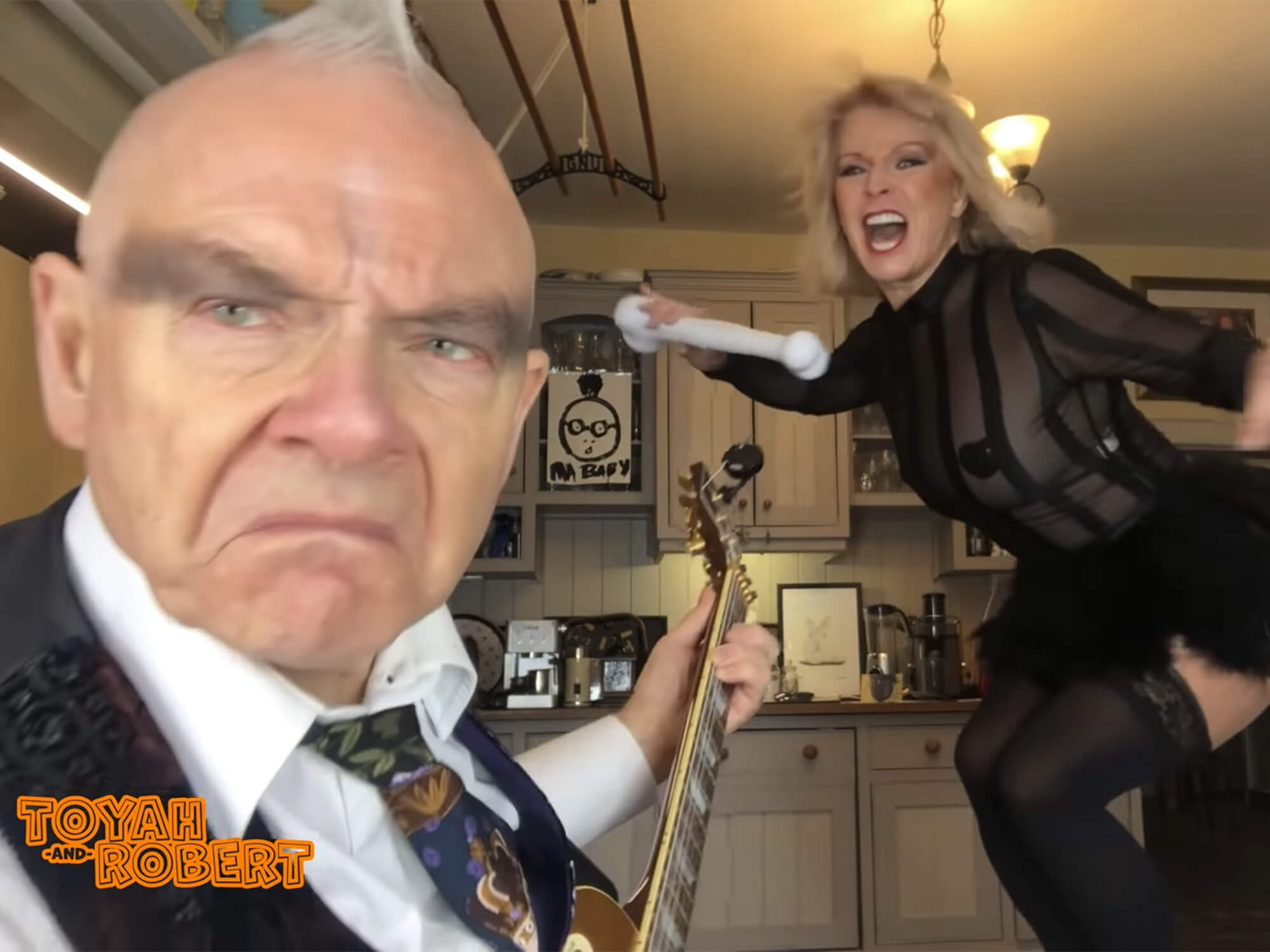 Robert Fripp and Toyah Wilcox have returned to their Sunday Lunch kitchen stage for a cover of The Stooges’ classic I Wanna Be Your Dog.

The cover is a departure from the festive tunes the pair have been covering recently, such as 12 Days Of Christmas and Rudolph The Red-Nosed Reindeer. Instead, they’ve left the traditional festive cheer behind to bring us a cover of The Stooges’ debut single I Wanna Be Your Dog.

The cover notably sees Robert Fripp return to playing guitar, pounding through the song’s driving riff on a Gibson Les Paul. You can check out the cover below.

Fripp is home from Japan, and has strapped on his guitar for this week’s belter of a Sunday Lunch!” reads the caption. Fripp had just recently wrapped up a King Crimson tour in Japan on which the news broke that the band could be permanently calling it quits.

On 8 December, the band closed the final date of their Music Is Our Friend tour in Japan at the Bunkamura Orchard Hall in Tokyo. It was after the concert when Fripp tweeted that the band had “moved from sound to silence” – a phrase which was reiterated on the band’s main Twitter account. Bassist Tony Levin also called the last show “quite possibly” the final King Crimson concert.